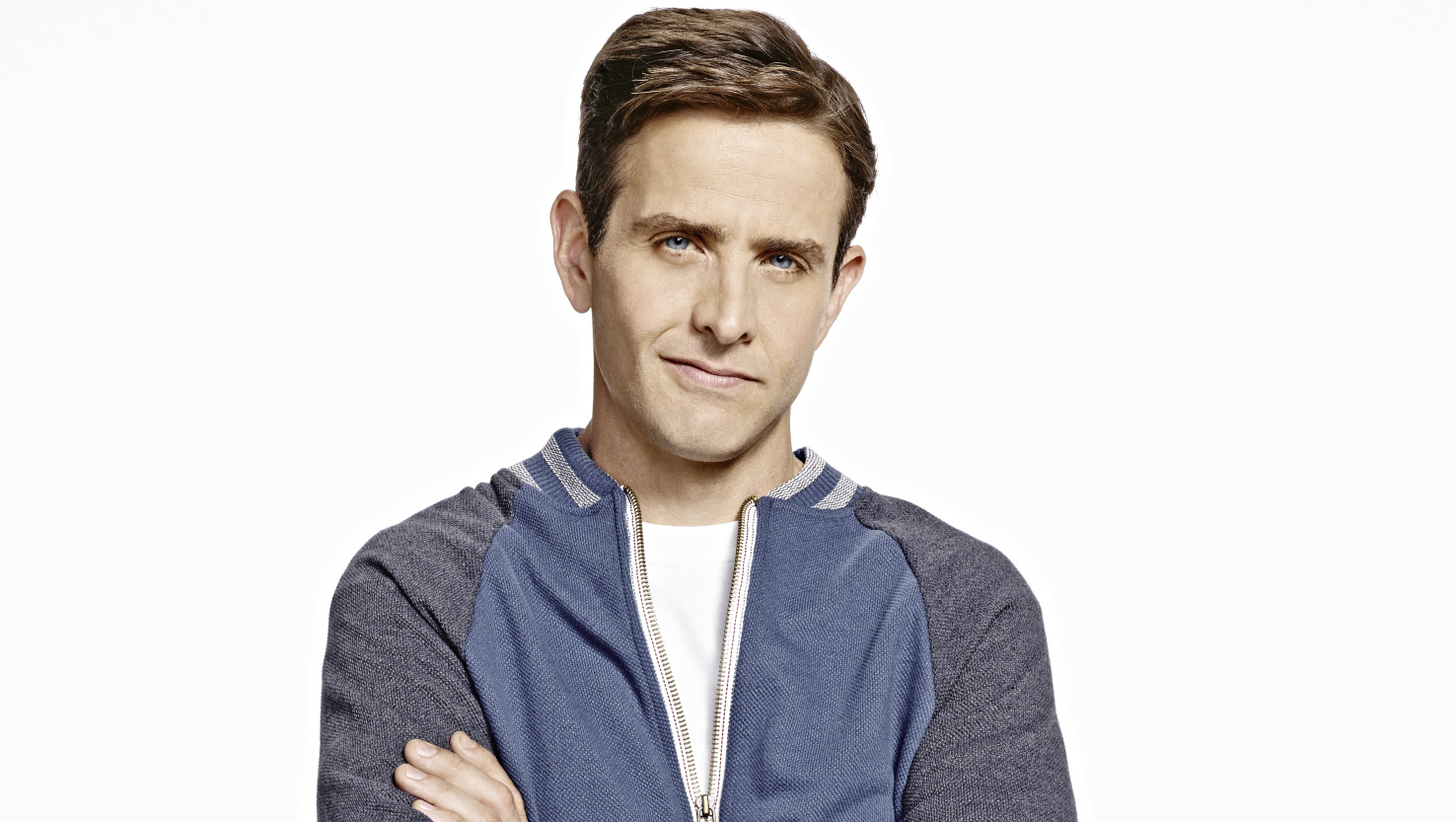 Joey McIntyre has called Los Angeles home for years, but the singer/actor has yet to lose his authentic Boston accent.

It's a good thing because it's coming in handy for his new role on the CBS sitcom "The McCarthys," which premieres Thursday at 9:30 p.m. ET.

The new multi-camera comedy centers on a close-knit, sports-crazed Boston family whose athletically challenged son, Ronny, gets tapped by his father as assistant high school basketball coach -- much to the surprise of his more qualified siblings. Tyler Ritter, Jimmy Dunn, Jack McGee, Laurie Metcalf and Kelen Coleman co-star alongside McIntyre on the show.

McIntyre says there's "ton of chemistry" among the cast members, adding, "We're having blast, coming together and we're trying to put on a great show."

McIntyre, 41, portrays Gerard McCarthy, a basketball coach and one of the siblings. "He's got a chip on his shoulder," said McIntyre, who previously appeared on the small screen in the shows "Boston Public" and "CSI: New York." "He's very opinionated and probably a little sensitive...and maybe a little hot-tempered at times."

McIntyre can personally relate to some aspects of the series' plot. Not only did he grow up in the Boston area, but he also comes from an Irish Catholic family -- and a big one at that.

McIntyre's the youngest of nine children and says the energy of his fictional family resembles his own in some ways. "[They're] very opinionated, which can get you in trouble at times," he said laughing.

"It's nice to have a whole lifetime to draw upon to play the role," he said.

It's the familial aspect that makes the show special, McIntyre says.

"It has that family dynamic that we grew up watching on TV, but it's progressive," he said about "The McCarthys," which is loosely based on the life of series creator Brian Gallivan. "It talks about stuff that's going now and it's fun. We push the envelope a little bit."

Meanwhile, McIntyre will star in another TV show soon. He's set to appear in "Rock This Boat," an upcoming series on TV Guide Network chronicling the annual cruise his band, New Kids on the Block, takes with fans. McIntyre, Donnie Wahlberg, Jordan Knight, Danny Wood and Jonathan Knight set sail every year, but this is the first time they decided to film the ins and outs of the adventure.

"This show is really going to showcase it...it's really through the eyes of the fans," said McIntyre.

The cruise tradition began shortly after NKOTB reunited in 2008 after a 15-year break. Since, then the group has steadily toured and released new music.

"We're grateful we get to do what we love. The fans have always shown up for us," said McIntyre.

The guys recently celebrated their longtime success with a star on the Hollywood Walk of Fame -- 30 years after first forming and really fitting the description of New Kids.

When asked if the group will still be together, in say, another 30 years, McIntyre said, "It's gotta feel cool...and when it doesn't feel cool we'll still be friends. And we'll still have our fans and we'll find ways to connect. But for right now it's still cool."

Although the members of NKOTB are busy (Wahlberg, for one, has his "hands full" -- as McIntyre says -- with another CBS show, "Blue Bloods"). McIntyre thinks they could release a new album at some point as a follow-up to 2013's "10."

For more on "The McCarthys" and NKOTB, check out the video above.