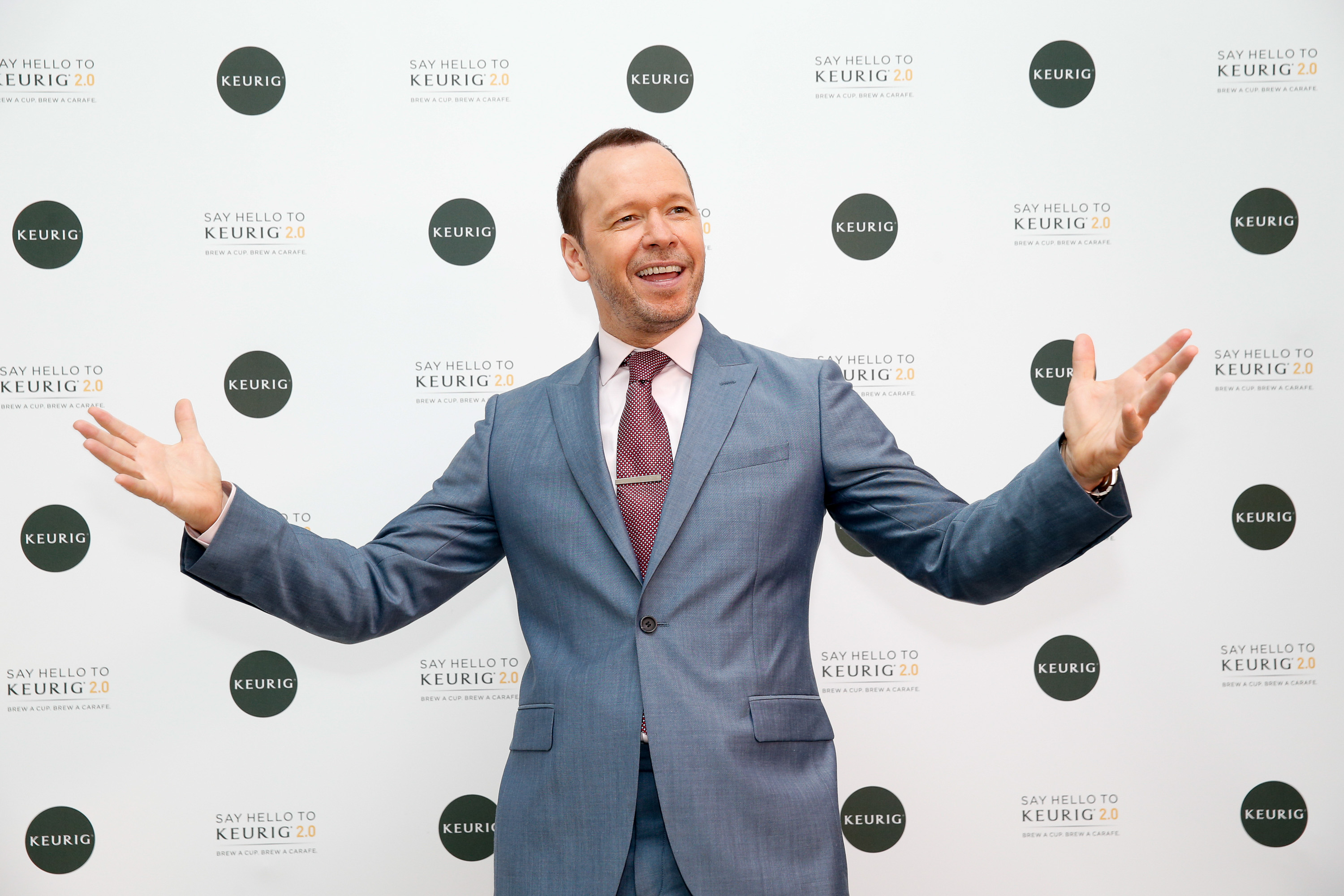 Donnie Wahlberg says that when his wife, Jenny McCarthy, interviewed Hillary Clinton on "The View" last year she noted that as soon as the cameras stopped rolling, Hillary turned to her and said, "Oh my gosh! Bill and I watch 'Blue Bloods' every Friday night. We never miss it."

It's that kind of dedicated passion that has kept the CBS drama on for five seasons. The series, which stars Wahlberg as seasoned detective Danny Reagan and Tom Selleck as New York Police Commissioner Frank Reagan, centers around a multi-generational family of cops dedicated to New York City law enforcement.

Wahlberg told CBS News he thinks the reason the series has connected with viewers is because of the family traditions and connections that serve as a theme on the show.

"I think if you come from a big family, you get it. You can sorta relate and you can connect that way. And if you don't come from a big family you can live vicariously through the Reagans...We put a lot of work into all those scenes. Tom Selleck is a complete perfectionist and I like to think of myself the same way. We work in completely opposite fashions but we both want the same goal at the end of the day, which is to make the best show we can. We really love the show. We believe in the show, but I think what really makes it special and unique is the dinner scenes...This is just like the old-school traditional family and you know, they still exist. Even if it's only in TV," he said laughing.

When it comes to his own character, Wahlberg says viewers can expect to see some changes soon -- Danny is getting a new boss.

"Danny has had a long relationship with his boss, Sgt. Gormley (Robert Clohessy)," said Wahlberg. "There's going to be a new sheriff in town and Danny's going to have to answer to the head of his squad room the way he hasn't had to before and I think it's going to cause a lot of fireworks and really challenge Danny. Even though he's [Danny] not the boss in his squad room, it sometimes seems like he is because his sergeant is lenient with him. But now there's going to be new a sergeant in there. And it's a she. And I think she's coming in with the intention of kicking Danny's ass pretty good."

Since "Blue Bloods" launched in 2010, Wahlberg, 45, has balanced his ramped-up acting career with his other creative passion: New Kids on the Block. The band first formed in 1984 -- a whopping 30 years ago with Wahlberg, Joey McIntyre, Jordan Knight, Danny Wood and Jonathan Knight. After taking some time off, the band members reunited in 2008 and have been busy ever since, making new music and touring year after year. Earlier this month, the group received a star on Hollywood Walk of Fame, and soon the guys will be seen in "Rock the Boat," a reality series produced by Wahlberg that chronicles a week-long NKOTB cruise.

"We enjoy working together. We enjoy each other's company and we have a lot of laughs," Wahlberg said. "We're proud. We work really hard. I think we've come a long a way in the last six years to maybe alter the perception of the band that a lot of people have. And that's very rewarding. And it's very rewarding to play in sold-out arenas year after year, but I think what's really the best for us is the connection we now have with each other. The guys in the band -- we really are much closer than we've ever been and we've really matured a lot."

NKOTB most recently released a studio album in 2013, and Wahlberg says they'll probably take at least a year off before hitting the studio again.

"I think at this point we do music for keeping it fresh for us and the fans...For us, when get a little restless performing the same songs every night for a couple of years, we sort of get antsy to make a new album just to sort of spice it up...We'll still sing 'The Right Stuff' louder than any other song at the concert, but we like to hear the new songs just to mix it up," he said.

Wahlberg says it's important to connect personally with fans, so it's not uncommon to see him signing autographs and posing for photos.

"It's sort of like a big family now, said Wahlberg. "It's not like our fans are the enemy outside the hotel that won't let us escape to go get a burger. They're part of the family. If I want to go out of the hotel and take 50 pictures or 100 pictures -- they're going to be kind and awesome and we're going to have a great time. And they'll be grateful. And I'll be grateful they're there. And then I'll go get my burger after that."

Wahlberg may soon meet with a fan as part of a new contest with Keurig dubbed the "Say Hello with Keurig 2.0" sweepstakes. Launched this week, the sweepstakes will offer one winner the chance to choose between a coffee date with either a loved one or Wahlberg himself.

Wahlberg, who's a big coffee drinker (he has four Keurigs at home), said it made sense to take part in a initiative that encourages people to get together in person rather than being tied to technology for communication.

"There's an inherent disconnect with all of the technology we have. It gets to a point we where we can text, we can tweet," he said while at the Keurig 2.0 Cafe pop-up in New York on Wednesday. "But we don't really do anything that encourages us to sit down together and have a chat."

Wahlberg recently spent quality time with friends and family at his wedding to TV and radio personality Jenny McCarthy outside Chicago over Labor Day weekend. The pair started dating last year and announced their engagement in April.

"I think similar backgrounds makes us relatable....When we met, it just seemed like a no-brainer," he said about his connection. "We were speaking the same language. If we wanted to talk about career at the age 23, it sounded similar....We both have 12 year olds. It made sense to each other. If we wanted to talk about what it's like to be a single parent, it made sense to each other....Everything just made sense. And where we are in our lives and how we deal with people, how we both love life and are grateful for every moment every day, I think those things are what really cemented it. Having similar backgrounds is one thing, but being so alike now in the present and having had such similar journeys is really the magical part of it."

Wahlberg has a busy schedule coming up, shooting the rest of seasons 2 and 3 of his family show, "Wahlburgers" on A&E. He also has other scripted projects in the works, but says he plans to be extra selective about what he takes on.

"I'm just sort of shifting things in a way where I can really maximize my time with my kids and my wife and still work on things that I love to do," Wahlberg said. "There's a career shift happening, but I think it's only going to get better and different and focused because now I have to share my time with a partner. And I think having that I have to really zero in on what I'm doing professionally and make choices that are clear and concise and don't bog me down and waste time so I don't lose that time with my kids and my wife."