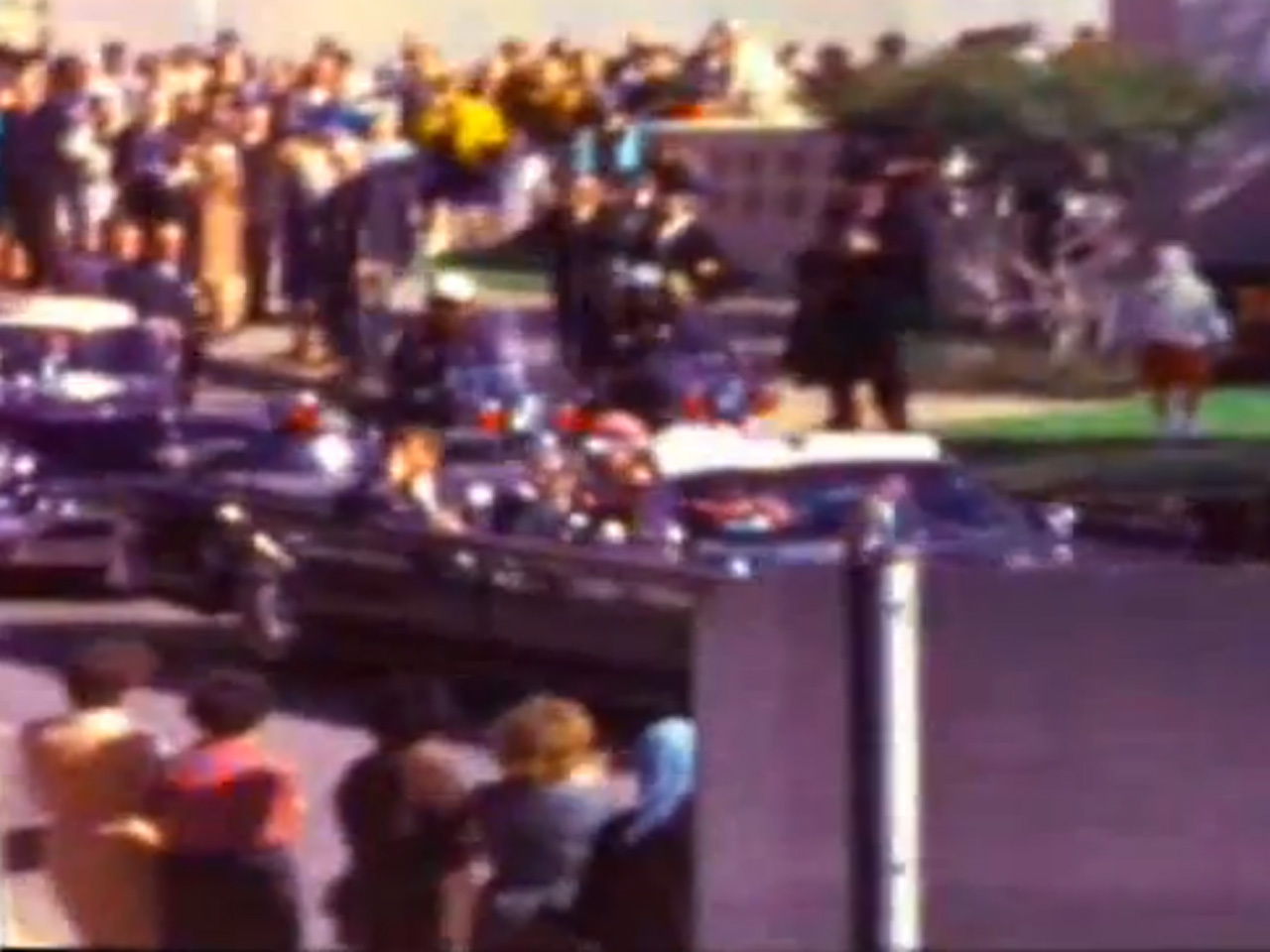 (CBS News) In the nearly 50 years that have passed since the assassination of President John F. Kennedy, only one film has emerged that shows the shooting from start to finish. Anthony Mason has looked at it Frame By Frame, and -- fair Warning -- the Zapruder film has lost none of its power to shock:

His granddaughter, Alexandra Zapruder, said, "The home movies that we have are just like everybody else's home movies."

The film Zapruder shot 50 years ago next month, on November 22, 1963, of President Kennedy in Dallas. Only 26 seconds long, just 486 frames, the Zapruder film of Kennedy's assassination has become the most famous home movie in American history.

Mason asked, "How did he feel about that film?"

"I think he hated the film," said Alexandra. "I think he wished that he had never taken it. I think it was really devastating for him."

She described Abraham Zapruder as "a very dapper dresser."

"He was a great guy. He was funny. He was incredibly bright. He had come to this country at the age of 15 as an immigrant. He lived in absolute grinding poverty and anti-Semitism in Russia."

Zapruder settled in Dallas, where he started a clothing business, Jennifer Juniors.

Their office was across the street from the Texas School Book Depository, in the Dal-Tex Building on Dealey Plaza.

Zapruder first thought about filming the president's motorcade from his office window, but instead went down to the street and stood on a parapet. He took some test shots of friends. Then he started his camera.

He was just another eyewitness, when a distracted anchor on WFAA interviewed him later that day, before the film had been developed:

Zapruder: "And I saw his head practically open up. All blood and everything. That's about all. I'm just sick."

There had been other cameras in Dealey Plaza, but nobody else captured the shooting from beginning to end.

Dick Stolley, in Dallas for Life magazine, learned from a stringer that a businessman had caught the assassination on film:

"And I said, 'God almighty, what's his name?' She said he couldn't spell it, but this is the way he pronounced it: 'Za-proo-der.'"

Stolley found him in the Dallas phone book. And the next morning, he and two Secret Service agents would be among the first to see the film:

"We were in a small room, no sound. This crickety old 8 millimeter projector. And he was beaming it up against a nearby white-washed wall and so the frame was only about that big."

They saw the president waving as they drive along Elm Street

"The only time he loses it is when the motorcade goes behind that big highway sign," said Stolley.

That's when the first bullet hits the president, who has his hands under his throat when he emerges

When the film reached frame 313, the moment a bullet strikes the president's head, they all gasped:

"It was, looking back, I think the single most dramatic moment of my career," said Stolley.

"What did the Secret Servicemen do at that point?" Mason asked.

Lee Harvey Oswald had already been arrested. The film's importance was not fully apparent yet. But Zapruder wanted to be rid of it.

"He said he'd had a nightmare," Stolley recalled. "He was in Times Square and he said there was a guy standing out in front of the theatre saying, 'Hey folks, come on in and see the president killed on a big screen!' And Zapruder said, 'I woke up and I was shuddering.'"

In its next issue, Life published selected frames. And in a new book, "The Day Kennedy Died," it prints all 486. But Life never allowed the film to be broadcast.

"Did your grandfather keep taking home movies after that?" Mason asked.

In a CBS interview Abraham Zapruder said, "After that tragedy, I lost, I don't know what you call it, desire or appetite."

Zapruder died in 1970. His camera -- now on display at the Newseum in Washington -- is the property of the National Archives, as is his film. The government bought from the family in 1999 for $16 million.

Half a century later, those 26 seconds of celluloid have not lost any of their power.

When asked how many times he's watched the film, Stolley replied, "Oh, God. Hundred. And I will tell you every time it gets to frame 313, I just go, 'Ugh.' "