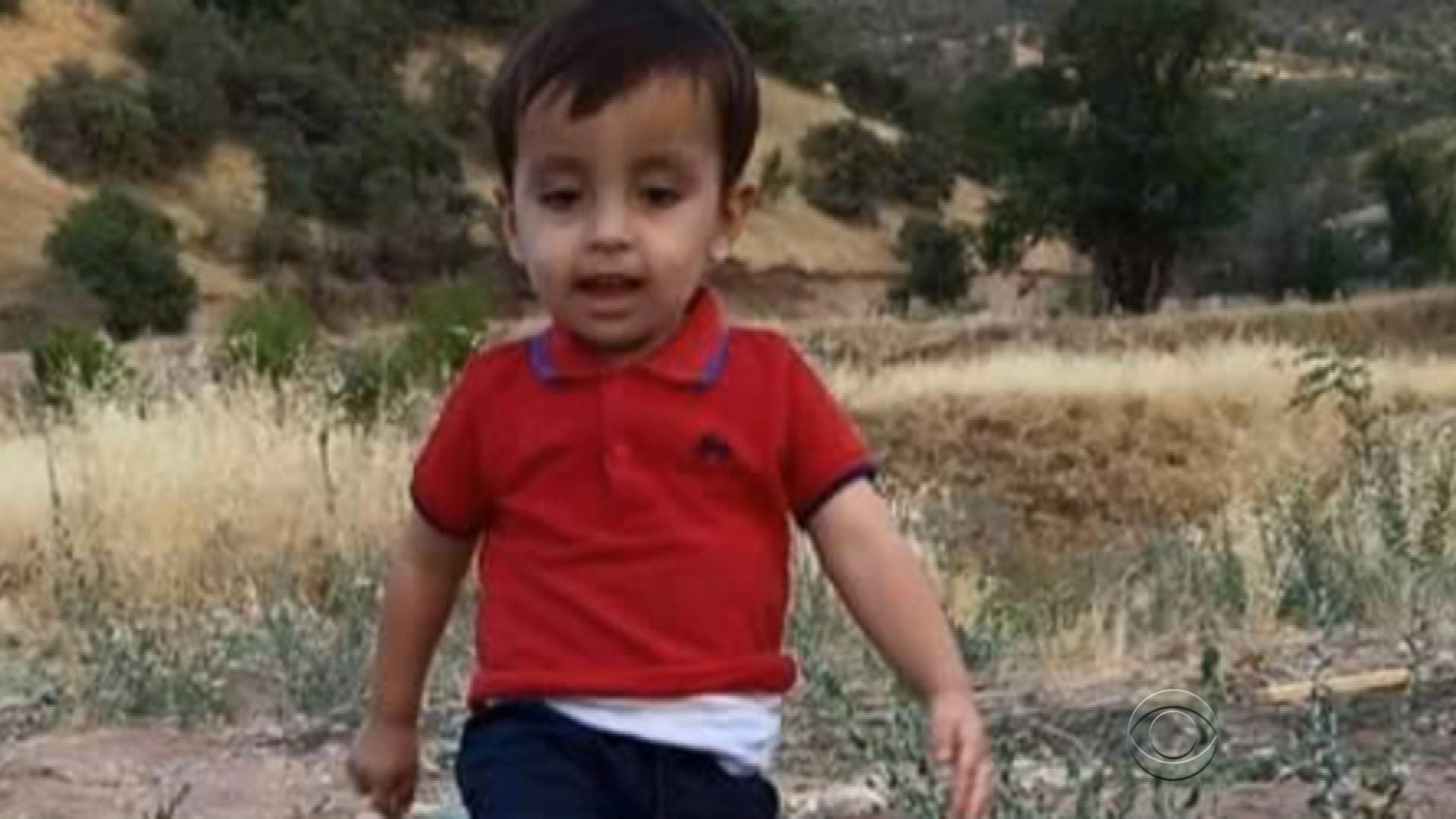 ISTANBUL -- The three-year-old Syrian boy whose lifeless body was photographed after washing ashore in Turkey now has a name.

Aylan Kurdi lost his life crossing the Mediterranean Sea to Europe. His five-year-old brother Galip and their mother also drowned in a desperate attempt to find a better life.

Aylan's father Abdullah survived. Thursday, he collected the bodies of his wife and young sons from the morgue.

"The waves were so high, and the captain panicked and jumped into the sea," he said. "I took my wife and children in my arms, but they were all dead."

They fled the Syrian town of Kobani, which was decimated when ISIS tried to seize it earlier this year, leaving nearly everyone there homeless.

Abdullah's sister, Tima Kurdi, who lives in Vancouver, said she gave the family money to pay a human smuggler.

"His wife told me on the phone a week ago, 'I'm so scared of the water. I don't know how to swim. [What] if something happens?'" she said.

Over 300,000 people have attempted the dangerous journey to Europe this year. More than 2,000 have paid with their lives -- including many other children whose names we don't know.

But it's the images of Aylan that have finally brought the tragedy home to people in Europe -- and pricked the conscience of European leaders.

Abdullah Kurdi will cross back into Syria on Friday to bury his wife and two young sons.

A friend of the family told CBS News the Kurdis paid about $4,000 to be smuggled into Europe -- but then did not have enough money to buy life jackets.