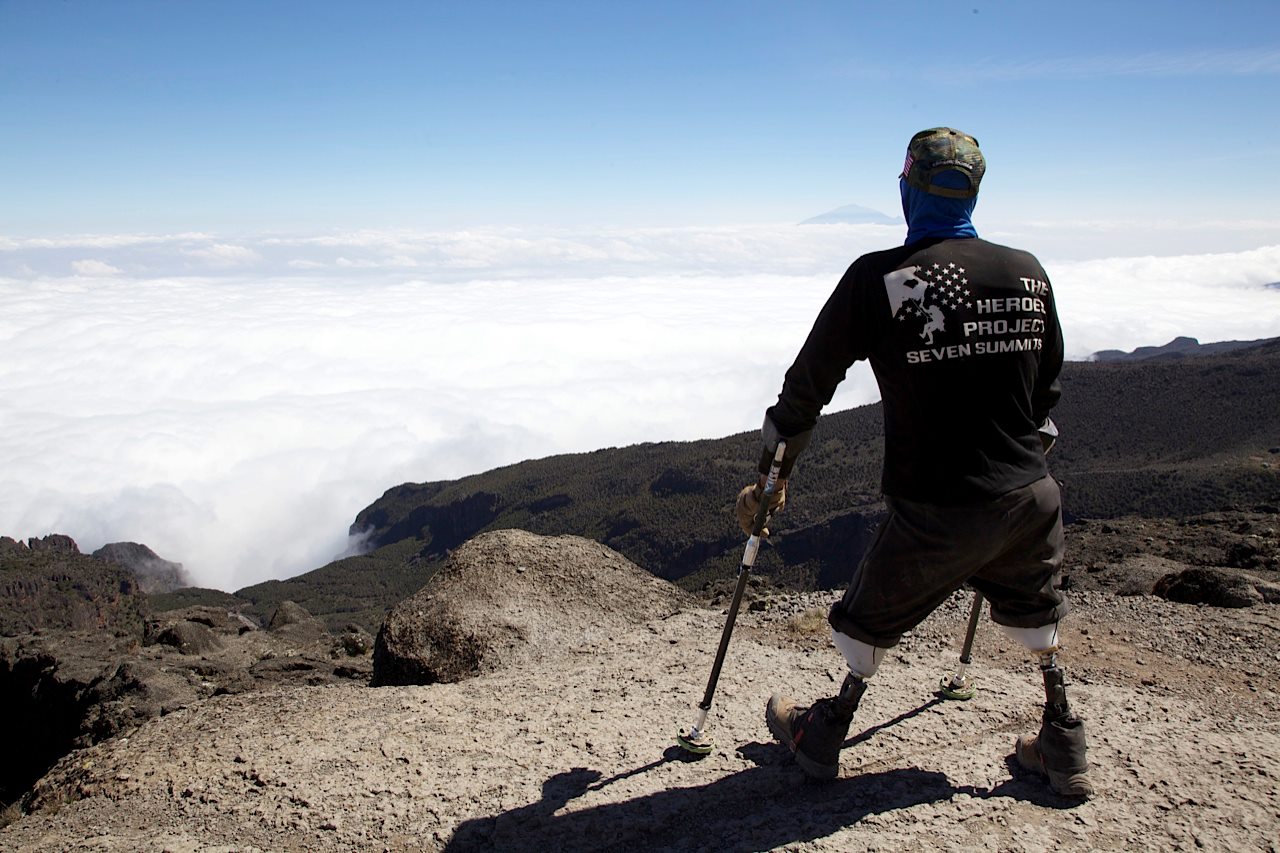 Tim Medvetz loves a thrill, but a motorcycle wreck in 2001 challenged whether the former "Hells Angel" would walk again. Medvetz set a goal, not only to walk, but to climb one of the world's highest peaks.

He said the experience got him off his pain pills and back on his feet. He became convinced he could do the same for injured war veterans, so he created what he calls "The Heroes Project." It's a one-man organization that takes amputees where most able-bodied people wouldn't dare venture -- from the frozen tundra of Antarctica to the top of Mount McKinley, the highest peak in North America.

Retired Marine Staff Sgt. Mark Zambon was a bomb disposal technician with six combat tours under his belt. In 2011, an IED blast cost him both his legs, but the following year, he climbed Mount Kilimanjaro in Tanzania with Tim Medvetz and The Heroes Project.

The Heroes Project is launching its new crowdfunding campaign to scale Mount Everest.