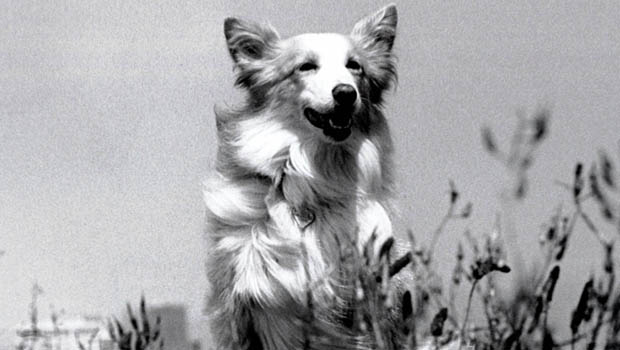 Of all the memorable dogs in history -- Balto, Lassie -- there's one canine many may not remember, but whose tale is worthy of recognition.

It was 35 years ago this week that Sido, an 11-year-old part collie, part sheepdog, captivated the country after the death of her San Francisco owner, Mary Murphy.

Murphy had named Sido in her will but not as a four-legged benefactor of wealth or property. The will asked that Sido be killed.

It was the start of a six-month long saga that attracted national attention in 1980, culminating in a tense day in court that would decide Sido's fate. Former CBS News correspondent Bernard Goldberg covered the decision for the June 17, 1980 broadcast of the "CBS Evening News with Walter Cronkite."

"There's no justification for her life to be taken," said animal advocate Richard Avanzino in the 1980 report. "She's committed no crime. The only crime that she committed was that she loved totally her master and for that she's been condemned to die."

Avanzino is widely considered today to be the father of the no-kill movement - an accolade he attributes to Sido. In 1980 he was the head of the San Francisco Society for the Prevention of Cruelty to Animals. Then 38 years old, Avanzino became Sido's number one advocate, lawyer and temporary caretaker.

"I took Sido into my home realizing that the lawsuit would probably take months to resolve the outcome and Sido joined my family as a foster pet," Avanzino told CBS News this week from San Francisco.

Avanzino would be fighting for Sido on two fronts. The first was in a San Francisco courtroom as a defendant in a lawsuit filed by Rebecca Wells Smith, the executrix of Mary Murphy's will. By law, Sido was property and Smith sued to claim that property with the intent of euthanizing her.

Murphy's thinking was not uncommon at the time. There was a sense of fear among pet owners that a pet would risk being traumatized in a shelter, even sold for animal testing, according to Avanzino. Murphy's main belief, however, was that Sido would be better off dead.

The other front was waged at California's state capitol. Avanzino and others lobbied state politicians to work on a measure that would save Sido's life. A bill was eventually drafted, passed and sent to then-Governor Jerry Brown to consider.

But the governor dragged his feet and didn't make up his mind until the very last day of the consideration period -- the same as Sido's day in court.

"When it went to the hearing the judge took the phone call from Jerry Brown and Jerry said he was going to sign the bill and the judge said, 'you're too late I'm going to make a ruling,' and hung up on the governor," explained Avanzino.

San Francisco Superior Court Judge Jay Pfotenhauer , whose name translates to Paw-Slapper from German, decided that the killing of pets as personal property no longer had validity and that pets have rights. Sido would be saved.

Outside the courthouse, Sido gleefully wagged her tail alongside Avanzino, clearly happy that she had been spared a premature trip to the big dog park in the sky.

Having already taken care of her for six months, Avanzino was granted custody of Sido. The two spent five happy years together until Sido's sixteenth birthday party -- a grand affair with members of the state legislature and Sido's fan club in attendance.

"An hour before we cut the cake Sido had her first stroke," said Avanzino. "We rushed her to UC Davis Veterinary School where they tried for several days to bring her back. She had two more seizures and passed away three days after her sixteenth birthday."

This month Avanzino will be retiring as head of Maddie's Fund, the largest dog and cat charity in the world, which has allowed him to push the no-kill agenda.

By all measures, progress has been made since Sido's time: In 1980, 16 million dogs and cats were killed a year; today that number is closer to 2.7 million.

"These were just run of the mill citizens who were moved to try to do something because it was so wrong for them to see this beautiful dog, old dog, put at risk of having her life ended," said Avanzino.

Sido's ruling went on to be used as precedent in similar cases across the country, even the world, according to Avanzino.

It was a will that threatened Sido's life, but it was a stronger will -- Avanzino's -- that saved her.

"Sido was just the quintessential champion for animal rescue," he said. "I'm eternally grateful for the time that I had with her but more importantly for the great role she played in telling America that we can be a no-kill nation."