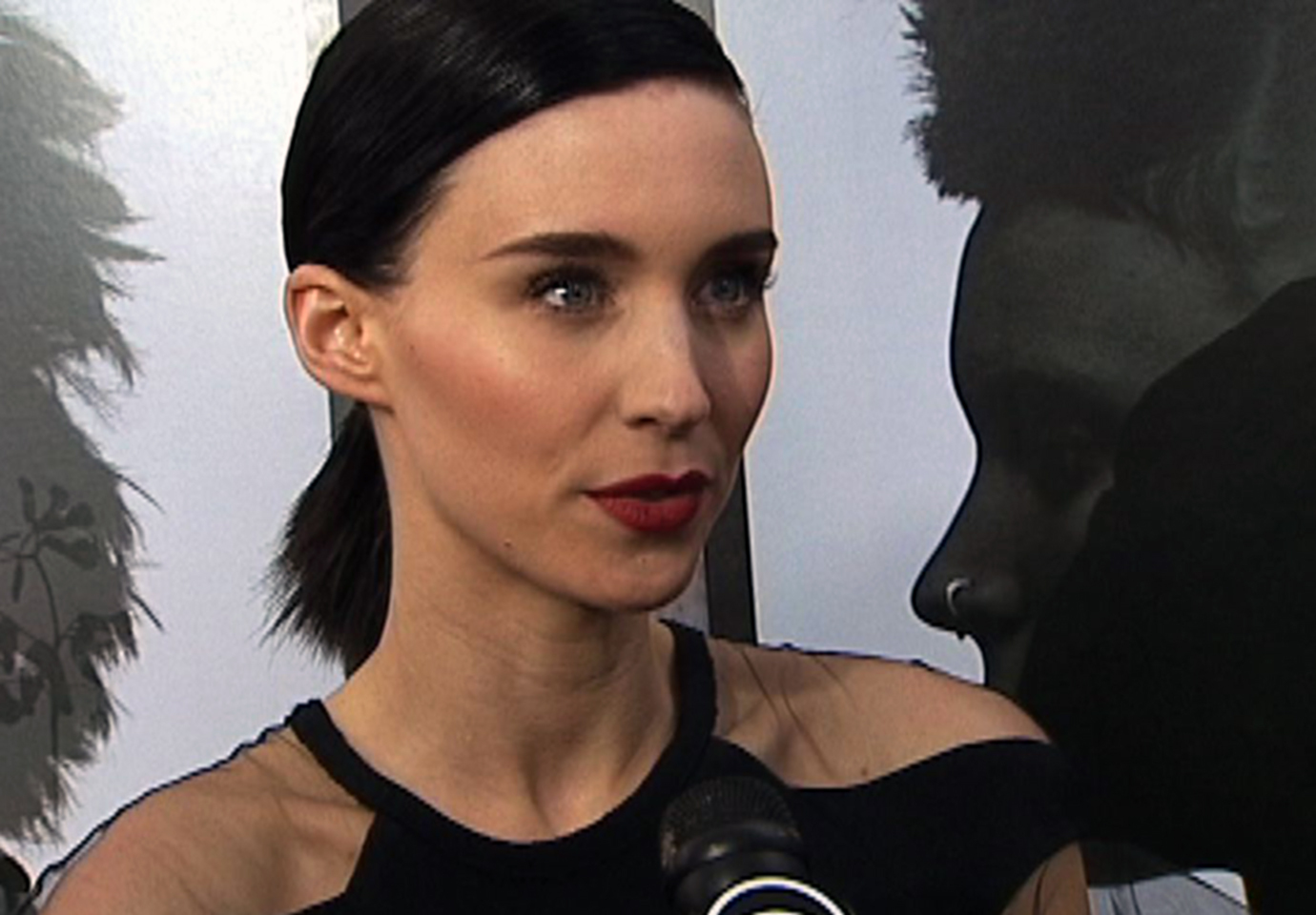 (CBS) Despite the movie's serious themes and stark scenes, there  was lots of laughter  on the set  of  "The Girl with the Dragon Tattoo," say its co-stars Daniel Craig and Rooney Mara.

We  caught up with Mara  and Craig, stars of one of the most-highly anticipated films of the year,  at the  New York red-carpet premiere. The movie, which opened Tuesday, is based on the first of  Stieg Larsson's  trilogy of novels,  which have sold more than 65 million copies worldwide.

Working on a thriller about violence against women didn't mean everything was serious all the time, the stars said, explaining how they joked around between takes.

Aside from the laughs, Mara also told us that she was appreciative of Craig's patience with her in her first starring role in a major Hollywood film.

"Daniel has a great sense of humor. It was incredible working with him. I couldn't have asked for a better person to work with. You know, I had to do a lot of stuff that was new. And he was very patient and generous with me," Mara said.

"Working with David [Fincher] was incredible. It was the best thing about this whole experience," Mara  said  about the director, whose  signature  style was also behind hits such as "Seven" and "The Social Network."

Some fans of the book - and of the popular Swedish film version - are upset that Hollywood chose to adapt the novel and are angry about the way details of Fincher's ending differ from Larsson's.

But this film is receiving accolades in its own right. Mara nabbed praise from reviewers and a Golden Globe nomination from the Hollywood Foreign Press Association. And many critics claim that Fincher's incarnation of "The Girl With The Dragon Tattoo" will surprise even die-hard fans of Larsson's series.