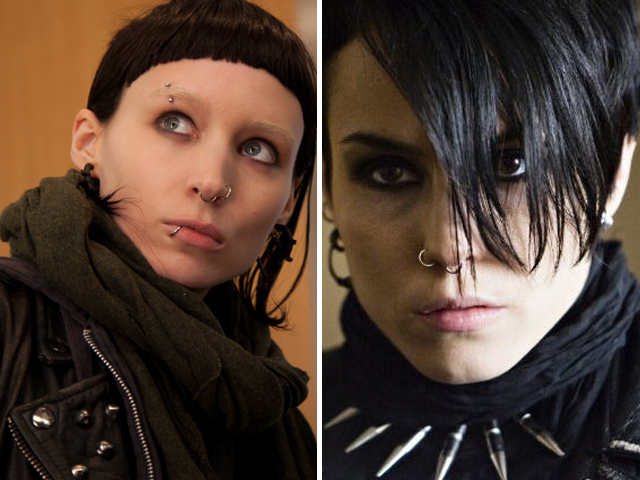 (CBS) American actress Rooney Mara has been winning accolades for her portrayal of Stieg Larsson's fictional character Lisbeth Salander, just as Swedish actress Noomi Rapace did before her.

Pictures: "The Girl With the Dragon Tattoo" premiere

The 26-year-old Mara, who dominates David Fincher's version of "The Girl With The Dragon Tattoo," has been called "nothing short of brilliant" in a CNN review by Mark Rabinowitz, and "a mesmerizing screen presence" by Ann Hornaday, a Washington Post reviewer.

Noomi Rapace, 31, garnered similar bouquets when she played Salander in the three Swedish movies based on Larsson's trilogy. Those were broadcast in Sweden as a TV miniseries and in the U.S. as a trio of movies.

It was American audiences' fascination with Larsson's work that brought Rapace to Hollywood's attention. She now has a role in the just-opened "Sherlock Holmes: Game of Shadows" with Robert Downey Jr. and Jude Law and has been cast in Ridley Scott's "Prometheus."

But who made the better Lisbeth Salander, who has become an iconic female character in modern literature? Take our poll and discuss your choice in the comments below.