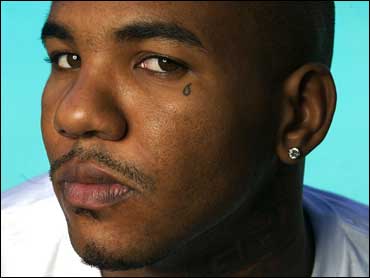 West Coast rapper The Game, who was arrested on charges of impersonating a police officer last year, rejected a Manhattan prosecutor's offer Wednesday of a guilty plea for a sentence of time already served.

A guilty plea to the misdemeanor charge in exchange for the time he spent waiting to go to court would have ended the case against The Game, whose real name is Jayceon Taylor, said his lawyer, Jeffrey Lichtman.

"Why should he plead guilty to bogus charges for a non-jail sentence if he's innocent," Lichtman said outside court. "And he is innocent. It's rare that I have a 100 percent innocent defendant, but this is one."

The 27-year-old rapper, who refused to speak about the case, was arrested in November 2006 after he told a cab driver that he was an undercover police officer and persuaded him to run a series of red lights, police said after his arrest.

Taylor, of Glendale, Calif., allegedly picked up a livery cab the night of Nov. 16, 2006, shortly after he appeared on CBS' "Late Show With David Letterman." The cab driver drove about 13 blocks before he was pulled over, police said at the time.

Lichtman, calling the charges harassment and a "new low" for the police, said outside court, "This case will end in a dismissal or an acquittal."

Taylor, sporting a teardrop tattoo under his left eye, the Los Angeles Dodgers' "LA" logo tattooed on his right cheek, and more elaborate tattoo art on his right neck, was recognized as he left through the courthouse lobby. He refused to sign autographs and left in a black Cadillac Escalade sport utility vehicle.

Lichtman said the rapper will be on a concert tour through Europe for the next two months.