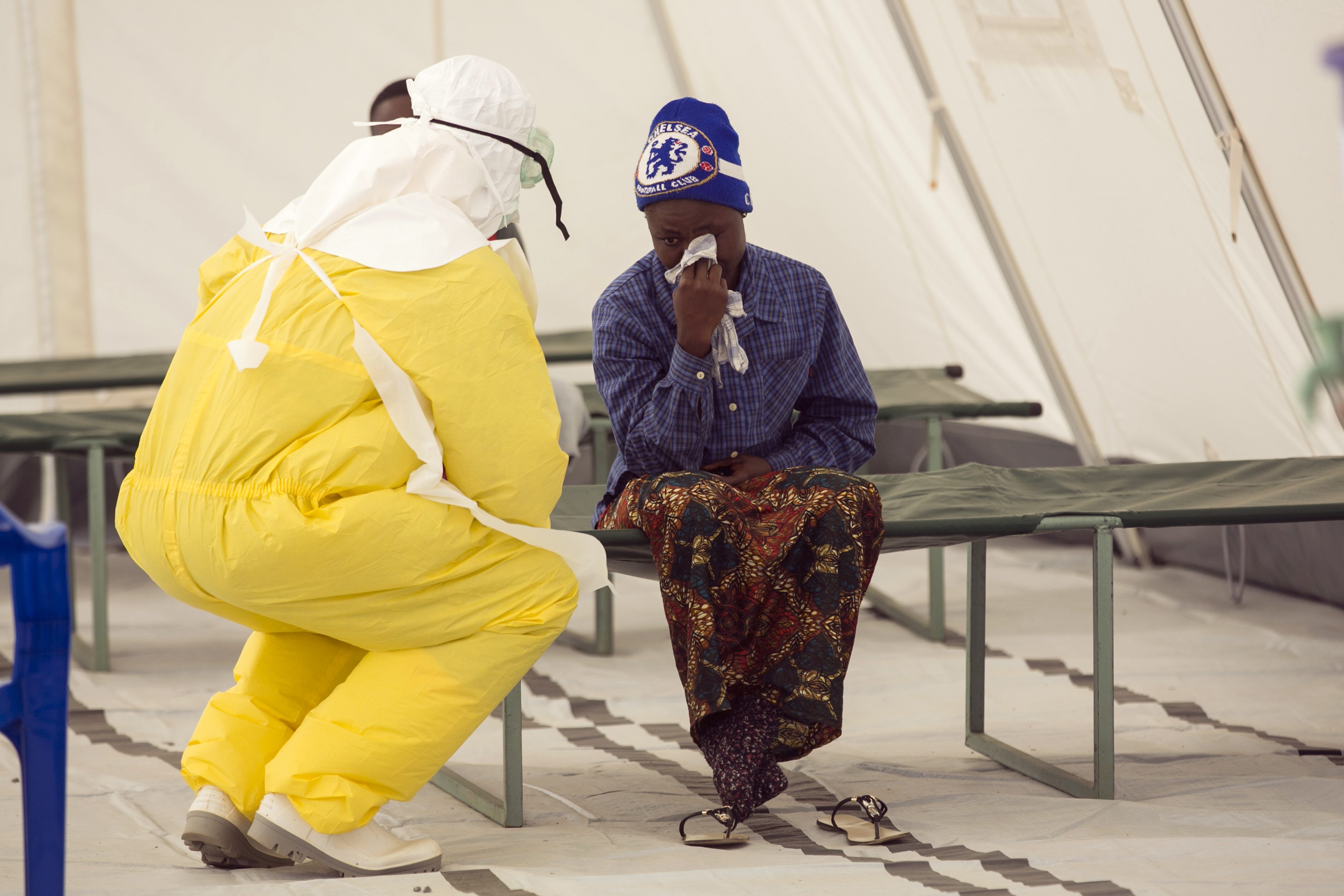 GUECKEDOU, Guinea -- West Africa's fight to contain Ebola has hampered the campaign against malaria, a preventable and treatable disease that is claiming many thousands more lives than the dreaded virus.

In Gueckedou, near the village where Ebola first started killing people in Guinea's tropical southern forests a year ago, doctors say they have had to stop pricking fingers to do blood tests for malaria.

Guinea's drop in reported malaria cases this year by as much as 40 percent is not good news, said Dr. Bernard Nahlen, deputy director of the U.S. President's Malaria Initiative. He said the decrease is likely because people are too scared to go to health facilities and are not getting treated for malaria.

"It would be a major failure on the part of everybody involved to have a lot of people die from malaria in the midst of the Ebola epidemic," he said in a telephone interview. "I would be surprised if there were not an increase in unnecessary malaria deaths in the midst of all this, and a lot of those will be young children."

Figures are always estimates in Guinea, where half the 12 million people have no access to health centers and die uncounted. Some 15,000 Guineans died from malaria last year, 14,000 of them children under five, according to Nets for Life Africa, a New York-based charity dedicated to providing insecticide-treated mosquito nets to put over beds. In comparison, about 1,600 people in Guinea have died from Ebola, according to statistics from the World Health Organization.

Ebola and malaria have many of the same symptoms, including fever, dizziness, head and muscle aches. Malaria is caused by bites from infected mosquitoes while Ebola can be contracted only from the body fluids of an infected victim - hence doctors' fears of drawing blood to do malaria tests.

Malaria killed one of 38 Cuban doctors sent to Guinea to help fight the Ebola outbreak. One private hospital had a kidney dialysis machine that could have saved his failing organ but the clinic was shut after several people died there of Ebola.

The U.S. President's Malaria Initiative ground to a halt in Guinea months ago and the WHO in November advised health workers against testing for malaria unless they have protective gear.

The malaria initiative is doing a national survey of health facilities and elsewhere to try to find out "what's actually happening here ... where people with malaria are going," said Nahlen, of the U.S. campaign. There was some positive news in Guinea - it had just completed a national mosquito net campaign against malaria when Ebola struck, he said.

Neighboring Liberia, on the other hand, suspended the planned distribution of 2 million nets, said Nahlen.

In Sierra Leone, the third country hard-hit by Ebola, Doctors Without Borders took unprecedented, pre-emptive action this month, distributing 1.5 million antimalarial drugs that can be used to both prevent and treat, aiming to protect people during the disease's peak season.

"Most people turn up at Ebola treatment centers thinking that they have Ebola, when actually they have malaria," said Patrick Robataille, Doctors Without Borders field coordinator in Freetown. "It's a huge load on the system, as well as being a huge stress on patients and their families."

He said a second distribution is planned in Freetown and western areas most affected by Ebola. Robataille said the huge delivery of antimalarial drugs was "in proportion to the scale of the Ebola epidemic - it's massive."