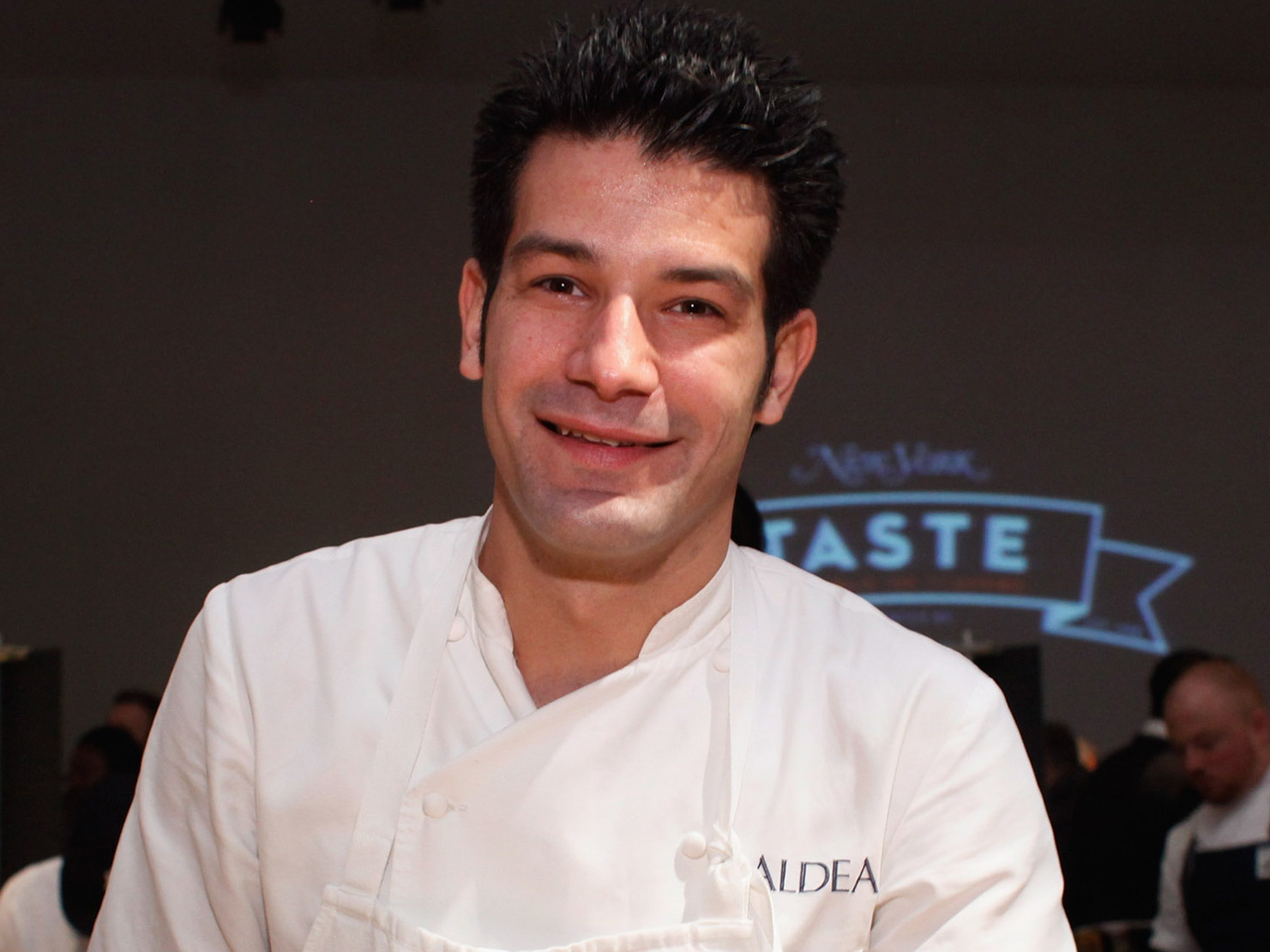 (CBS News) Chef George Mendes is one of New York's top chefs, known for putting a modern twist on classic Portuguese and Spanish fare, which he serves at his restaurant, Aldea.

George was honored as one of Food & Wine's Top New Chef's in 2011, and GQ magazine named Aldea one of the Top Ten Best Restaurants nationwide in 2009.

Like his food, George's background adds spice to his life -- he's a first generation American, born to Portuguese parents. According to his official bio, he was born and raised in Danbury, Conn., where his passion for food stemmed from "elaborate, festive meals" prepared by his family.

After high school, he attended the Culinary Institute of America, and graduated in 1992. He went on to work at the original Bouley, where he met his mentor, iconic chef David Bouley. He then continued his training in Paris, at Alain Passard's Arpege, where he further enriched his skills as well as his palette with simple preparation and the finest ingredients.

George also worked with acclaimed Basque Chef Martin Berasategui at his three star Michelin restaurant in San Sebastian, Spain, where he learned the culinary trends of the Iberian Peninsula -- and would later add his own spin to them.

Enjoy all our recipes!

1. Light grill/ charcoal so that there are embers, no open flame.

2. Season the beef with sea salt and rub with the canola oil

3. Place beef on grill and cook until desired doneness

1. Heat 1.5 quart capacity sauce pan over medium-high heat. Add 1/4 cup of the olive oil and the mushrooms and season lightly with salt. Cook over medium high heat for 5 to 10 minutes or until the mushrooms are tender and the moisture they have let off is cooked down. Remove from pan and set aside.

Return the mushrooms to the pan and cover with lid or parchment paper. Cook over medium low heat for 20 minutes until mushrooms are cooked through.

For more of George's recipes, go to Page 2.

1. Season and sear the shrimp in 1 tablespoon of the olive oil for 30 seconds on each side to caramelize. Remove from pan, and set aside.

2. Lower the heat and add the remaining olive oil and the minced garlic. Cook the garlic slowly, shaking pan, until lightly golden.

3. Add the pimenton and mix well. Return the shrimp to the pan and let cook for another minute on each side. Add the chopped parsley, cilantro, and lemon juice.

Soak the raisins in the rum, set aside.

In a medium sauce pot, combine the milk, cinnamon sticks, orange zest, sugar, salt and vanilla bean. Cook at a low heat and simmer until the liquid is absorbed. As the liquid evaporates, stir continuously so that the rice doesn't stick to the pot. Cook until the rice is slightly loose, this will take about 30 minutes. Remove from heat, add the raisins (strained from the rum). Cover with plastic wrap to cool.

Serve warm or at room temperature.

Froth the egg white in a shaker. Once egg is frothed, add the remaining ingredients to the shaker. Add ice and shake well. Pour into low-ball glass and garnish with lime zest.