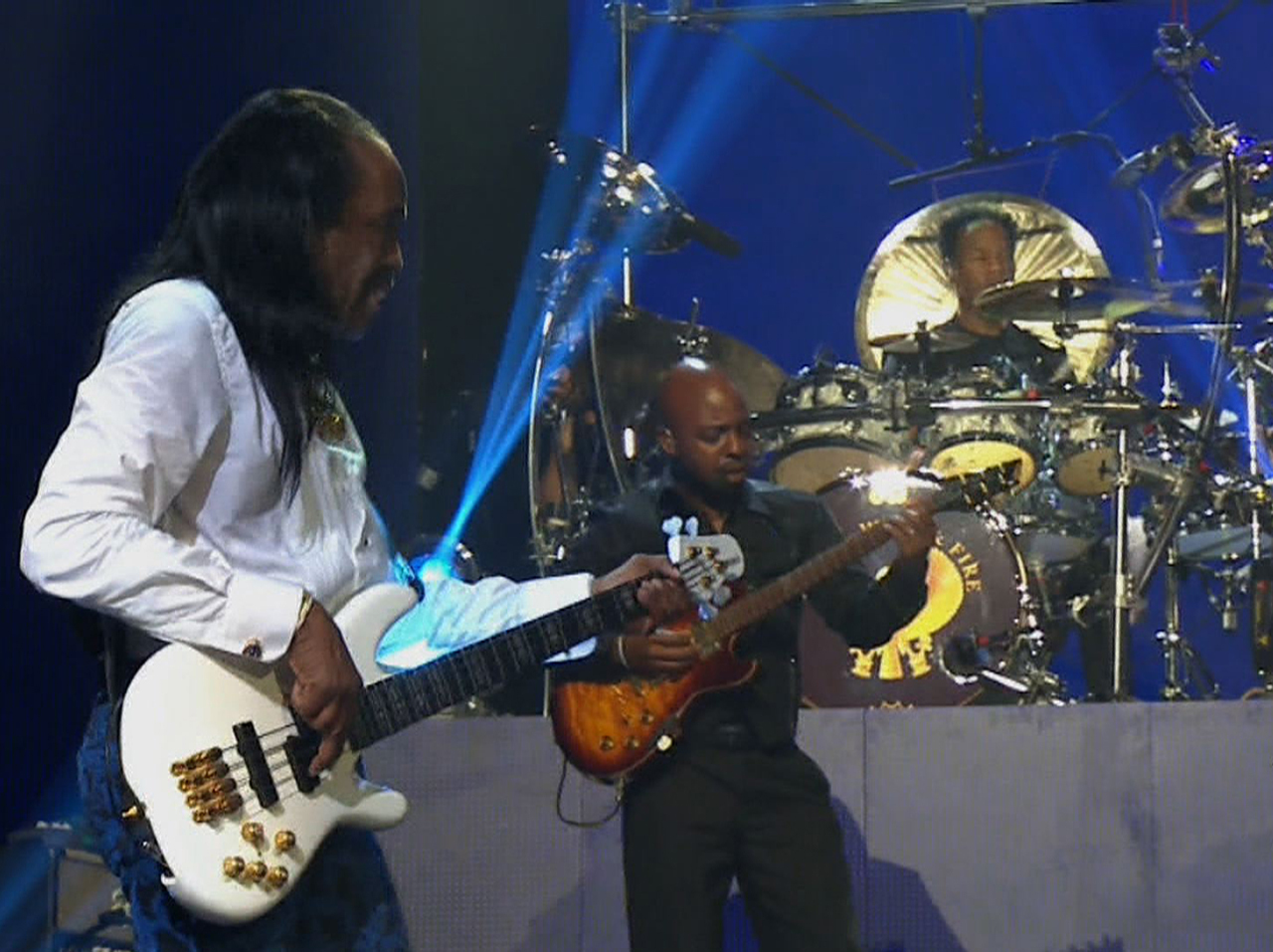 (CBS News) EARTH, WIND and FIRE had a very big hit with "Boogie Wonderland" back in 1979. And with the release of a new album this month, they're determined to show they're still in the game. This morning they look back -- and ahead -- with Tracy Smith, For The Record:

In the 1970s Earth, Wind & Fire were not so much a band but a kind of musical volcano, spewing hit records.

One, "September," happens to be their most requested ever.

Their music was the soundtrack to an entire generation of first dates and wedding receptions . . . and the old sound is very much alive.

When they started out, asked Smith, "How long did you think you would last?"

"We were so young and just so ready, we weren't thinking about it," said Philip Bailey.

"We were just going for it," said Verdine White. "We just wanted to go."

The three original members - Bailey, White and Ralph Johnson -- have been together 41 years.

"We didn't know we were going to get paid, you know?" said White. "We just loved what we were doing."

"Did we get paid?" said Bailey.

"Didn't you get your check?" said Johnson.

Earth, Wind & Fire was the brainchild of jazz drummer Maurice White, who founded the band in the late '60s.

He enlisted his younger brother Verdine to play bass; recruited Philip Bailey as the co-lead singer; Ralph Johnson on drums; and enough horns to blow the roof off.

It was magic, with hit songs like "Boogie Wonderland," "Sing a Song," "After the Love Is Gone," and "Let's Groove."

Web Extra Audio: To listen to a stream of Earth, Wind & Fire perform "My Promise" (from their new album, "Now, Then & Forever"), click on the audio player below.

It all looked like fun, but Maurice White's work ethic was legendary. He'd hold practice sessions whenever he thought they were needed.

"We would rehearse after concerts," said Verdine, "just to figure certain things out."

The old work ethic survives to this day: the fire is still there -- although for a time, it flickered.

In 1983, after more than a dozen albums and six Grammys, Maurice White decided that the band needed a break.

Bailey described the breakup as traumatic. Johnson called it an "uncomfortable period."

"So when somebody kind of pulls that rug out, you're like, now you've gotta rethink your whole program."

So Johnson went into construction. "I called a friend of mine who had a construction company. I went down and helped him install fire sprinklers. And then later on I went to work at Federated Stereo, selling stereos, which I was very comfortable with."

The band reformed in the late '80s, but were shaken again when Maurice White was diagnosed with Parkinson's disease.

Did his band mates see the signs of Parkinson's?

"Yeah, we could," said Bailey. "It was a few years that, you know, we walked it down together. It took a lot of courage for him to finally get to the point of really even saying, 'This is what it is,' 'cause we were all hoping, you know, that it perhaps might be something else -- something that you might be able to be treated with this, that, or the other."

White quit touring in 1994. He was with the band in 2000 when they were inducted into the Rock and Roll Hall of Fame -- standing ovation and all. But he's rarely appeared in public since.

We invited him to be part of this story; he declined.

Happily, Earth, Wind & Fire survived Maurice White's departure. They continued to tour successfully, and in February 2009 were one of the first musical groups invited to the Obama White House.

The three original band mates -- now in their early 60s -- have learned how to pace themselves.

Philip Bailey never leaves for a tour without his golf clubs. The Royal Links Golf Club in Las Vegas is one of his favorites.

For someone who has only been playing a few years, he's not bad.

"I love the clothes, I love the discipline," he told Smith. "It's all encompassing. You play golf for two hours and you feel like you went on a two-hour vacation. It's like meditation."

There have actually been a lot of shows lately, but he takes nothing for granted.

"Once you get successful, the first time you always think you can go there but you gotta put the work into it," said White. "You gotta take the body blows. You gotta stay there when they say you're not happening. And you gotta play every show like it's your last show."

One show last month was a little bigger than most: the band chose to launch their new album, appropriately called, "Now, Then and Forever," on the Home Shopping Network: a concert in front of a few thousand at the Venetian Theatre in Las Vegas (and maybe a million watching live at home).

If there was ever a signature sound to the old Earth, Wind & Fire, it might've been lead singer Philip Bailey's trademark falsetto, on songs like "Reasons."

But this was a long time ago.

"What do you not do with your voice?" Smith asked Bailey.

"Well, I can't sing like James Brown and stuff and go do a gig," he replied. "I'm not a roughhouse singer. And then there's a certain soda beverage that I will not mention on camera that I cannot drink or else it's just kryptonite."

A caffeinated beverage? "Yup. You can't even hold a note."

"Have you made that mistake?" Smith asked.

"Made that mistake twice, so I know not to do it," he said.

On this night, there were no mistakes at all.

If anything, Philip Bailey's voice, like his band, is even stronger now.

So, asks Smith, how much longer will you be doing this?

Bailey replied, "As long as I can have that feeling of, you know, 'Wow, I get to do this!' I'll always do it."

Why one Alabama town erects monuments to the boll weevil
Thanks for reading CBS NEWS.
Create your free account or log in
for more features.
View CBS News In
CBS News App Open
Chrome Safari Continue
Be the first to know
Get browser notifications for breaking news, live events, and exclusive reporting.