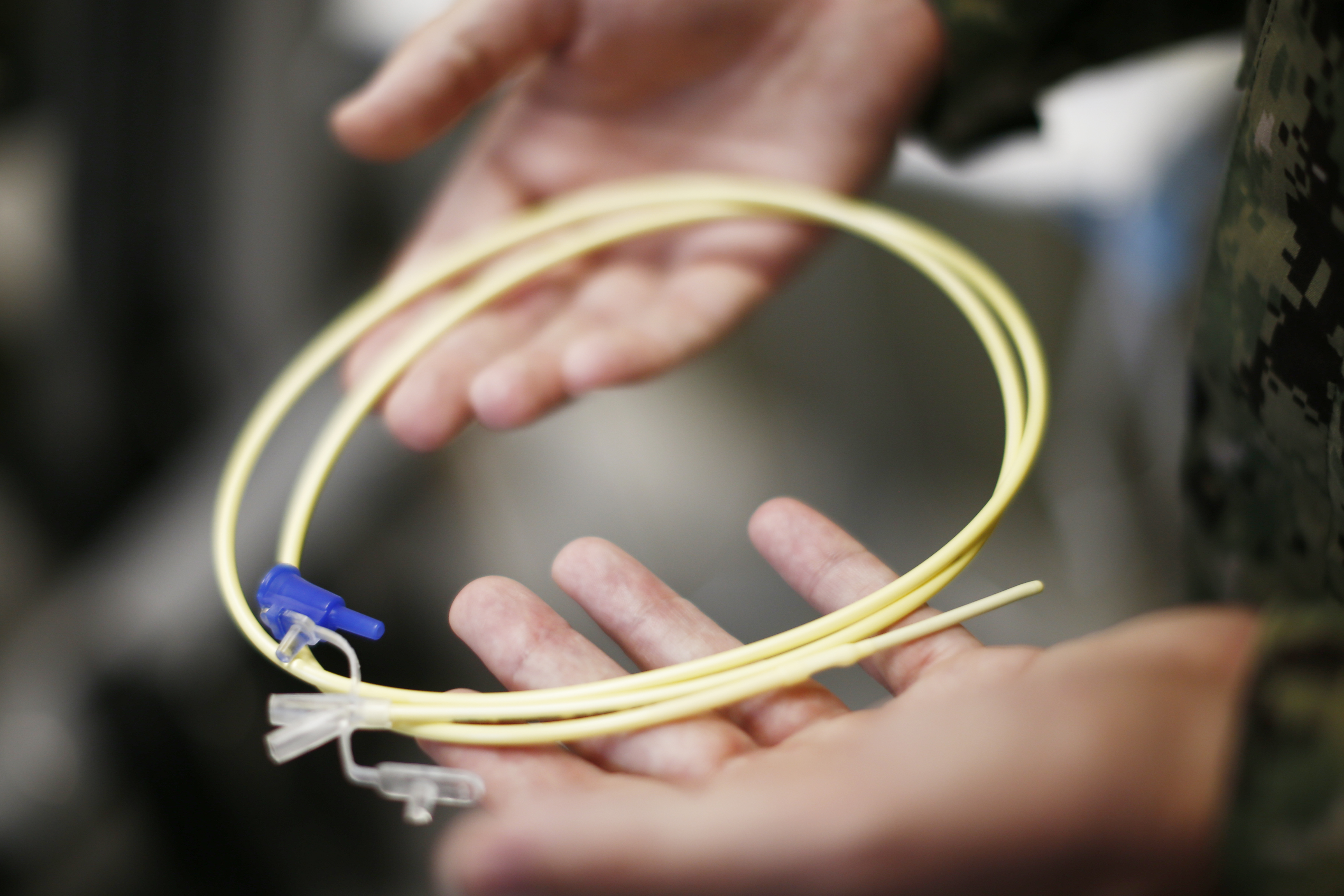 The Senate Intelligence Committee released its executive summary of its years-long review of CIA interrogation techniques used on detainees and prisoners in the aftermath of 9/11.

The CIA says the techniques are not torture. Its critics say common sense dictates that they are.

Below are the techniques described in the report:

2. Attention Grasp - The interrogator grabs the detainee by the collar, with two hands, and pulls him closer in, according to a description of the technique by former CIA acting general counsel John Rizzo. Rizzo described this technique being used on al-Qaida operative Abu Zubaydah in his recent book, "Company Man."

4. Dietary Manipulation - This technique involved switching from solid foods to liquid. For instance, in August of 2002, Zubaydah was put on a liquid diet that consisted of Ensure and water, the Senate report said.

6. The Facial Slap/Insult Slap - The interrogator slaps the detainee in the face, with fingers spread, striking between the chin and earlobe, Rizzo explained in his book. The idea, Rizzo said, was to startle or humiliate the detainee, Zubaydah, and "disabuse him of the notion that he wouldn't be physically hit."

7. Nudity - This technique was used with others. For instance, a detainee would be forced to stand for prolonged periods while nude.

8. Stress Positions - The purpose of these techniques are to stimulate mild discomfort from extended muscle use, according to a description in a government document obtained by the ACLU. Two such positions, used on Zubaydah, were to have him sit on the floor with his legs stretched out in front of him and his arms above his head, or kneeling on the floor while leaning back at a 45-degree angle, Rizzo said in his book.

9. Sleep Deprivation - Detainees were kept awake for up to 180 hours, often standing or in a stress position, the Senate report said. Sometimes, the detainees' hands would be shackled above their heads. At least five detainees had "disturbing hallucinations" during this technique, and in two of those cases, the CIA continued the practice. One detainee, Arsala Khan, hallucinated after 56 hours of standing sleep deprivation in October 2003. After this, the CIA came to the conclusion that he "''does not appear to be the subject involved in... current plans or activities against U.S. personnel or facilities." After about a month of detention and interrogation, the CIA recommended he be released to his village, but interrogators instead transferred him to the U.S. military, where he remained in custody for four years.

10. Wall Standing - A detainee faces a wall, standing about four feet away. The interrogator has the detainee reach out his arms toward the wall so that his fingers are touching it. The detainee would have to hold that position indefinitely, according to a description by Rizzo about this technique used on Zubaydah.

11. Walling - Interrogators slam detainees against a wall. In one instance, Zubaydah was slammed against a concrete wall, the Senate report said. On March 22, 2003, al-Qaida leader Khalid Sheikh Mohammed underwent "intense" questioning and walling. Giving up no new information, interrogators water-boarded him. After an hour of that, he said he was "ready to talk," the CIA said.

12. Waterboarding - The detainee is strapped to a board or bench, and water is poured over the detainees face to simulate drowning. According to the Senate report, the technique brought on convulsions and vomiting, immediate fluid intake and involuntary leg, chest and arm spasms. Abu Zubaydah became "completely unresponsive, with bubbles rising through his open, full mouth." Zubaydah was described as "hysterical" after these sessions and "distressed to a level that he was unable to effectively communicate." At one point, Khalid Sheik Mohammad was water-boarded 65 times between the afternoon of March 12, 2003 and the morning of March 13.

13. Water Dousing - Naked detainees were held down on a tarp on the floor, according to the Senate report. The tarp would be pulled up around them to make a bathtub. Cold or refrigerated water would be poured on them. In some cases, detainees were hosed down over and over again as they were naked and shackled, standing in a sleep deprivation pose.

In addition to the above-mentioned techniques explicitly laid out in the report, the CIA added unauthorized methods into the interrogation mix.

At least five men in CIA detention received "rectal rehydration," a form of feeding through the rectum. The report found no medical necessity for the treatment.

Others received "ice baths" and death threats. At least three in captivity were told their families would suffer, with CIA officers threatening to harm their children, sexually abuse the mother of one man and cut the throat of another man's mother.