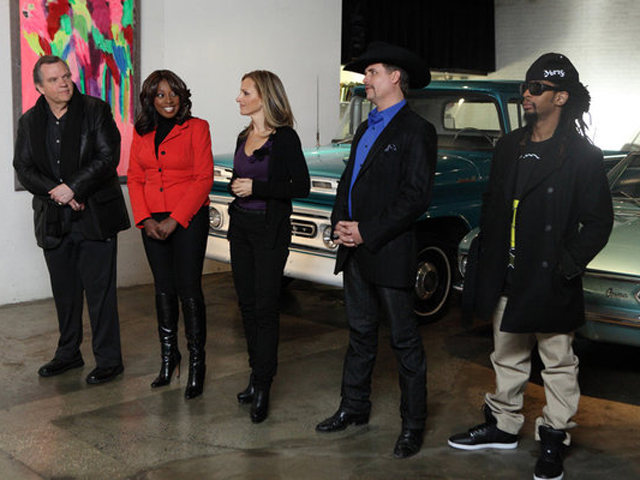 (CBS) With a double firing on Sunday night, only two "Celebrity Apprentice" hopefuls remain going into the May 22 finale.

As many bloggers had predicted, actress Marlee Matlin and country singer John Rich emerged as the two finalists after a round of interviews by the three former winners - Piers Morgan, Joan Rivers and Bret Michaels. (SPOILER ALERT)

And according to host Donald Trump, the past winners hated Lil Jon's answer when he admitted that he didn't think he would make it to the end. That's when Trump fired the rapper.

Next on the chopping block was rocker Meat Loaf, who was praised for his emotions but was told "from a pure business standpoint, too much emotion can also be not good."

Matlin and Rich were given their task - create a package commercial for the launch of 7Up Retro and plan a glitzy event at which to promote it.

Who is doing the best job? Take our poll and discuss your answer in the comments.