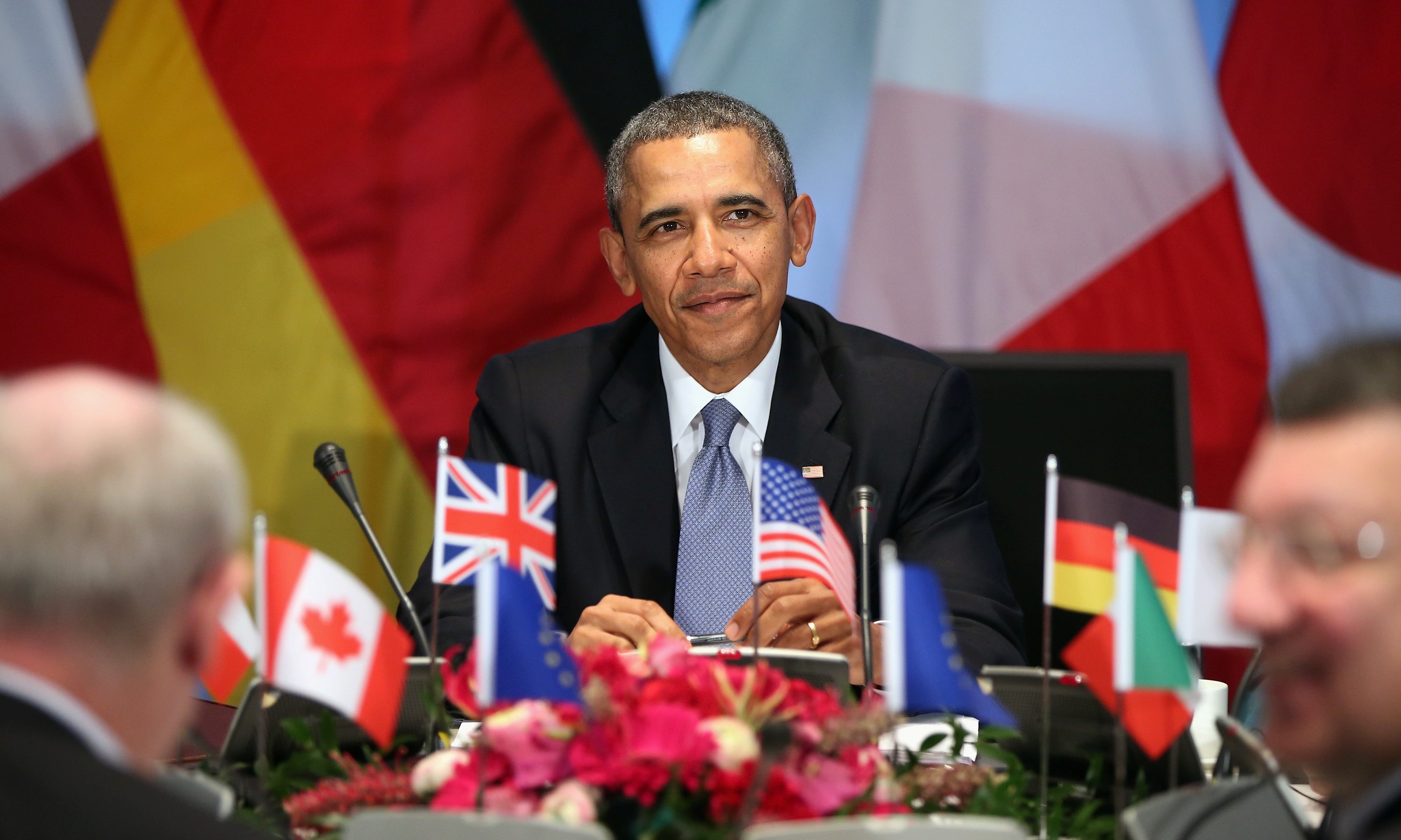 At the Nuclear Security Summit in The Hague on Monday, President Obama and other world leaders participated in a hypothetical exercise playing out what they would do if terrorists gained nuclear weapons. The event was secret because the leaders were developing actual protocols for this eventuality, but none of the leaders refused to participate on the grounds that it was a "hypothetical."

We are in the middle of a renewed conversation about American foreign policy. Whether a president's perceived strength or weakness invites aggression from other countries is open for debate again in a way that it hasn't been since the Iraq invasion. As we evaluate the candidates hoping to succeed the president in 2017, the NSS exercise offers an excellent model for actually learning about how a candidate thinks and acts. In fact, American politics would be much better off if hypothetical, role-playing scenarios replaced rhetorical claims about strength and weakness.

Candidates hate hypothetical questions, which is why we know that more hypotheticals would improve politics. As Michael Kinsley wrote, "by labeling a question as 'hypothetical,' politicians and government officials feel they are entitled to duck it without looking like they have something to hide. They even seem to want credit for maintaining high standards by keeping this virus from corrupting the political discussion." But you can't duck hypotheticals as president. A president spends considerable time in his day evaluating the outcome of certain actions and trying to anticipate various kinds of calamities.

When the Obama administration couldn't envision what would happen when its health care website collapsed, the president and his team were judged harshly, as they should have been. It wasn't that they engaged in a hypothetical and made the wrong call. They hadn't engaged in the hypothetical at all. It's not that they made a mistake. It's that they had their heads in the sand.

Electoral politics is practically the only situation in the world where you get to be righteous about--and rewarded for--avoiding a hypothetical. At almost every major company, the job interview process requires evaluating hypothetical situations. At Google, it's the most important question, as Laszlo Bock, the senior vice president of people operations for Google told Thomas Friedman: "For every job, though, the No. 1 thing we look for is general cognitive ability, and it's not I.Q. It's learning ability. It's the ability to process on the fly. It's the ability to pull together disparate bits of information." These are the attributes a candidate would demonstrate by answering hypothetical questions, showing us how they would think in real time, what questions they would ask of the experts and how they order things in their world. Anyone can distribute sound bites. This requires thinking.

It a perfect world (OK, my perfect world) we'd get candidates to engage in a protracted hypothetical of the kind Fred Friendly used to run on PBS. But since that will never happen, we should at least be able to get candidates to engage in hypotheticals for the purpose of showing us what questions they would ask and explaining to us why they would ask them. We can never know the truly presidential qualities that are required in foreign policy--Does the candidate like to cope with trouble? Can she handle uncertainty? Is he cold and calculating--but by poking around in this area we can at least increase what little we know about how they actually think.

Getting answers to hypothetical questions is particularly important in foreign policy because when voters hand over the keys they're giving the president enormous unchecked power. Congress can do little--if its members even know the full extent of what the president is up to. And the consequences for foreign policy failure are worse. As Kennedy used to say, domestic policy can only defeat us, foreign policy can kill us.

Candidates would rather have vague foreign-policy discussions because it allows them to play on fear without upsetting anyone with the practical implications of their specific policies. Ted Cruz suggested that Rand Paul is too much of an isolationist, but that word doesn't tell us much that is useful. Cruz offered this distinction as Russia was moving into Ukraine, but both men have essentially the same position on punishing Russia for its aggression, so the use of the buzzword didn't tell us much about what either would do if the situation escalated or what either might have done to keep it from happening in the first place.

Candidates will only engage in hypotheticals for the purpose of getting us to imagine the chaos their opponent will unleash. Lyndon Johnson did this with Barry Goldwater, Jimmy Carter did it with Ronald Reagan, and, in 2008, Hillary Clinton did it to Barack Obama. Clinton wouldn't answer hypothetical questions herself, but ran an ad based on a hypothetical presidential emergency that would begin with a phone call to Obama at 3 a.m.

As a candidate, Obama was much more forthcoming in evaluating hypothetical situations than his opponents. He famously said he would act on intelligence in Pakistan to go after al-Qaida even if that meant not telling Pakistani leaders what he was doing. This was an instance in which we learned something about a candidate that turned out to be true, a rarity in campaigns.

Another favorite candidate trick is to look backward and pick on the various mistakes of their predecessor. Mitt Romney pointed to three instances in which Obama should have acted, in his recent editorial in the Wall Street Journal. Others will no doubt take up these examples. But a firm grasp of hindsight is a weak basis for evaluating a president. Romney's shining moment during the campaign, for which he has been recently praised, came when he accurately evaluated America's relationship with Russia. It was an assessment of the present with a view of the future, a version of hypothetical thought. This is also why voters credited Barack Obama's opposition to the Iraq war. He wasn't against the war after the fact. He was against it beforehand.

If a candidate can't take the political risk and answer a hypothetical question then we can't be very confident that she is going to take the risk to act or not when the foreign policy moment comes. But it's not just the candidates who have to get a little tougher and accept the consequences. Voters are on the hook too. If a candidate is brave enough to say what he thinks, the audience has to be adult enough not to take it out of context or extend the hypothetical into its most extreme eventuality.

But because candidates fear their answers will be distorted, they will continue to dodge hypothetical questions, calculating that the hit they take for engaging in general dishonesty through a non-answer is worse than the specific damage they may suffer from showing voters what they actually believe.