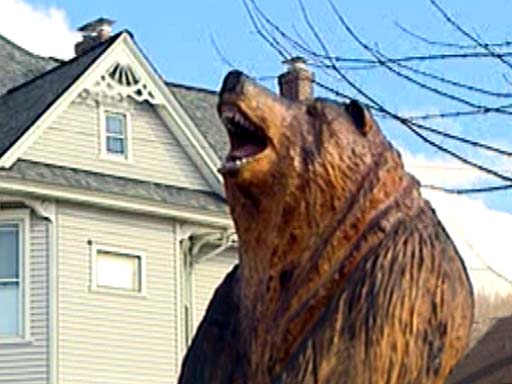 A study showing that electroshock treatment has an unexpectedly high relapse rate has refocused the spotlight on the procedure 25 years after One Flew Over the Cuckoo's Nest made it seem like torture.

Although the treatment fell somewhat out of favor after that Oscar-winning movie, a satirical look at life in a mental hospital, the National Mental Health Association says use of the therapy has rebounded with 100,000 Americans a year now getting it.

Electroconvulsive therapy, nicknamed ECT, is most commonly used to treat severe depression that has not responded to medication or psychotherapy.

A study of 84 patients in Wednesday's Journal of the American Medical Association found that without follow-up medication, depression returned in 84 percent of patients within six months. Even with the best results — using an anti-depressant and anti-psychotic after ECT — 39 percent of patients relapsed.

The results highlight an ongoing debate over the procedure's benefits and risks. Lead author Harold Sackeim, one of ECT's most vocal supporters, says it remains the most effective anti-depressant treatment but that his findings illustrate the need for accompanying medication.

He said the high relapse rate supports critics' theory that ECT causes brain damage that for a few weeks prevents patients from expressing sadness or depression, while leading to possible long-term memory loss.

Dr. Richard M. Glass, a deputy JAMA editor, wrote an accompanying editorial saying the study highlights the need "to bring electroconvulsive therapy out of the shadows."

Major depression affects about 10 percent of Americans 18 and older yearly, or about 17 million, according to government estimates. It has a mortality rate as high as 15 percent, mostly from suicide, Glass said.

"The results of electroconvulsive therapy in treating severe depression are among the most positive treatment effects in all of medicine," relieving symptoms in 50 percent to 90 percent of cases, Glass said.

Still, Glass wrote, "on the face of it, producing convulsions with electric current seems like a strange way to treat illness." And more than 60 years after ECT was introduced, doctors still don't know exactly how it works.

Patients typically receive three "shocks" weekly, under anesthesia, for up to a month, followed by medication.

Previous research reported relapse rates of 20 percent with medication and 50 percent without. The new study "suggests that the prognosis following ECT is more guarded today," said the authors, led by Sackeim of Columbia University and the New York State Psychiatric Institute.

Linda Andre, director of the anti-ECT advocacy group Committee for Truth in Psychiatry, criicized Sackeim for failing to investigate ECT's adverse effects and said his ties to the industry amount to a cover-up.

"They've tried to explain it away. One of the ways they've done this is monopolization of research money by proponents," said Andre.

The study was funded by the National Institute of Mental Health. Manufacturer MECTA Corp. donated the ECT equipment. Sackeim says he has worked for MECTA as an unpaid consultant, and has no financial interest in the company.

ECT is endorsed by the AMA, the National Mental Health Association, and the American Psychiatric Association, which recently published a task force report with treatment guidelines that say there's no evidence ECT causes brain damage.

Most relapses in Sackeim's study occurred soon after ECT, suggesting that drug treatment should perhaps begin during ECT instead of afterward, he said.

ECT also could be gradually tapered instead of abruptly stopped, Sackeim said. The APA report says there's little research into the safety of so-called "maintenance ECT" for months or even years, but also says there's no evidence that the number of treatments should be limited.

Jerry Kirk says he's had ECT every three weeks since 1995 to control manic depression — even though he says it has caused long-term memory loss and learning difficulties.

"It's a trade-off," says Kirk, an executive with a six-figure salary. "Six, seven years ago, I couldn't work or hold down a job."

Kirk says he couldn't live without ECT, but didn't want to reveal his location and employer because of the stigma.

"If most people knew that I took these treatments, they'd be shocked," he said. "There are always jokes, always bias."