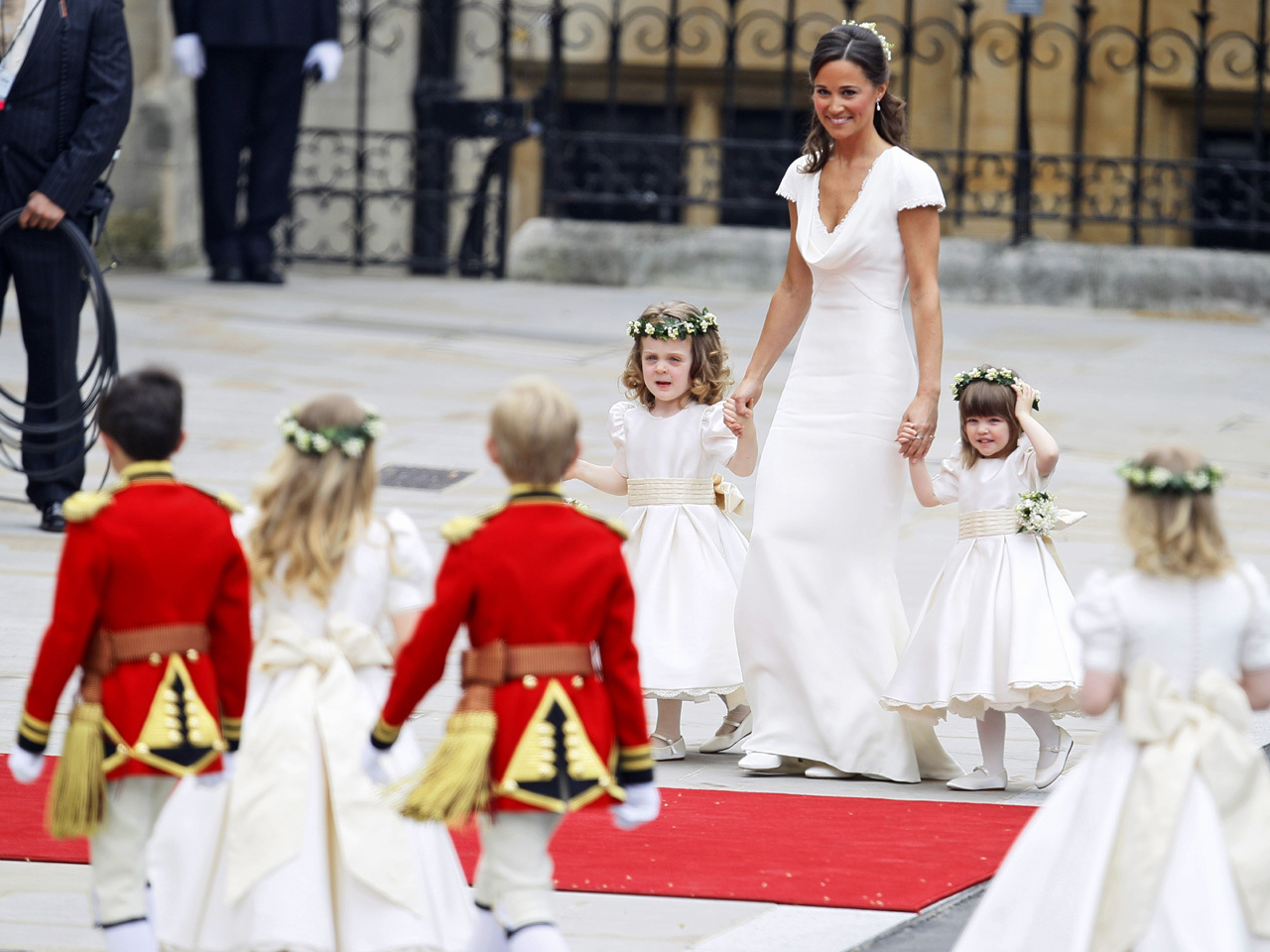 (CBS) We know that Philippa Middleton is royal bride Kate Middleton's sister, but who are the adorable bridesmaids and pageboys that accompanied her?

CentreDaily reports that Windsor, 7, is William's first cousin on his father's side while Jones, 8, is William's second cousin. Lopes, 3, is the granddaughter of Prince Charles' wife Camilla, Duchess of Cornwall. Van Cutsem, 3, is the godchild of Prince William.

CentreDaily adds that that Pettifer, 8, is another one of William's godchildren and the son of the Prince's former nanny, Tiggy Legge-Bourke. Lowther-Pinkerton, 10, is the son of Prince William and Prince Harry's private secretary since 2005, Jamie Lowther-Pinkerton.

Philippa's dress was designed by Sarah Burton at Alexander McQueen, the same designer who created Kate's gown. The royal wedding website describes it as a heavy, ivory satin-based crepe, with a cowl front. The button detail and lace trim are the same as those on Kate's gown.

The dresses reflect those of the bride's by using the same fabrics, incorporating French Chantilly lace with English Cluny lace finish. The ballerina-length skirt has a layering of ivory over white satin gazar. The puff sleeves and neckline are trimmed with the same English lace as the bride's underskirt, according to the royal wedding website.

The pageboys' uniforms are meant to allude to Prince William - their uniforms are in the style of those worn by Foot Guards officers at the time of the Regency (1820s), drawing their insignia from the Irish guards. Prince William is the colonel of these guards.

The royal wedding website notes that the uniforms were designed by the Royal Household and were crafted by Kashket and Partners, who also fitted Prince Williams' uniform for his wedding day. The pageboys' collars and cuffs were created by the Royal School of Needlework.