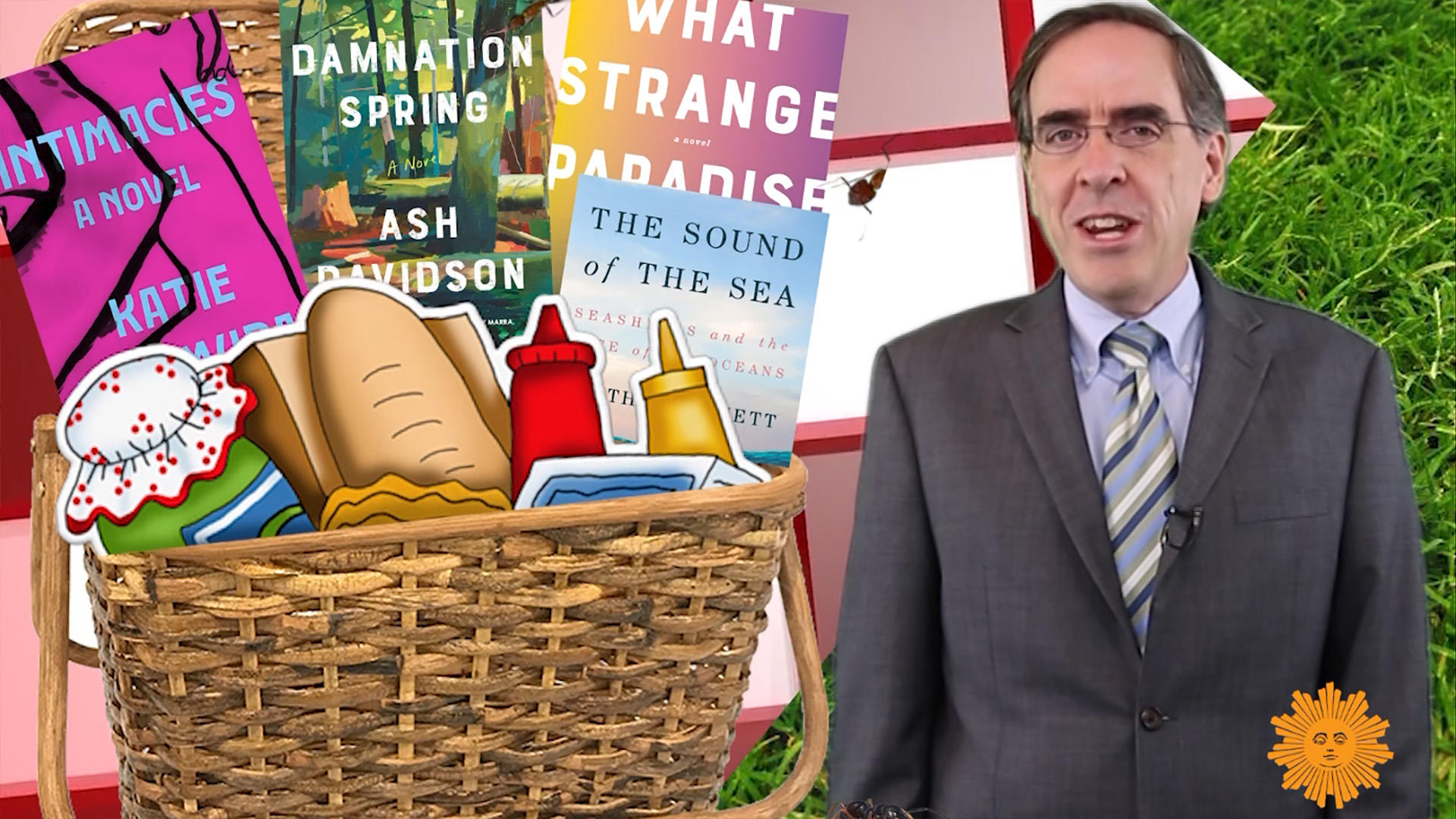 If you're looking for a book that will change your understanding of the world this summer, here are a few new titles to check out.

"Intimacies" by Katie Kitamura (Riverhead) is a tense novel about a woman who moves to the Hague to work at the World Court.

Her new life seems promising, at first. She falls in love with a wonderful man, but can't tell if he loves her back. And then, she's assigned to be the interpreter for a politician who's been accused of crimes against humanity, a position which forces her into the mind of a man who terrifies her.

It's a job that makes her hyper-sensitive to the power of language to love, and promise, and deceive.

Read an excerpt from "Intimacies"

"Damnation Spring" by Ash Davidson (Scribner) takes place in the redwood forests of northern California. The hero, Rich Gundersen, has worked as a lumberman for decades, just like his father and his grandfather before him. But knowing the forest is almost played out, Rich takes a gamble on a parcel of land that could set up his family for years.

But Rich's wife starts to notice a pattern of miscarriages and birth defects in their community, and the chemicals the timber company uses might be the cause.

This is an incredibly moving epic about an unforgettable family.

Read an excerpt from "Damnation Spring"

The United Nations estimates that more than 80 million people have been forcibly displaced from their homes around the world as the result of persecution and violence.

"What Strange Paradise" by Omar El Akkad (Knopf) offers a rare change to understand the lives behind that staggering statistic.

The novel follows two timelines: in one, we see a boatload of frightened refugees trying to reach Greece; and in the other, we see a frightened little boy who survives that voyage, only to start fleeing again.

This is a heartbreaking story that challenges us to stop looking away from this ongoing humanitarian crisis.

Read an excerpt from "What Strange Paradise"

"What Strange Paradise" by Omar El Akkad (Knopf), in Hardcover, eBook and Audio formats, available via Amazon and Indiebound

Human beings have been charmed by seashells since before recorded history. We've used them for jewelry, tools, money, music, building materials and more. Cynthia Barnett investigates shells and the way people around the world have regarded them in her fascinating new book, "The Sound of the Sea: Seashells and the Fate of the Oceans" (WW Norton).

It's a scientific and cultural history that examines what shells can tell us about where we've been and where we're going in an increasingly stressed natural environment.

For anyone who's ever admired the ocean's most beautiful objects, this is a literal "beach read" to treasure.

Read an excerpt from "The Sound of the Sea"

"The Sound of the Sea: Seashells and the Fate of the Oceans" by Cynthia Barnett (WW Norton), available in Hardcover, eBook and Audio formats, available via Amazon and Indiebound

Until next time, read on!