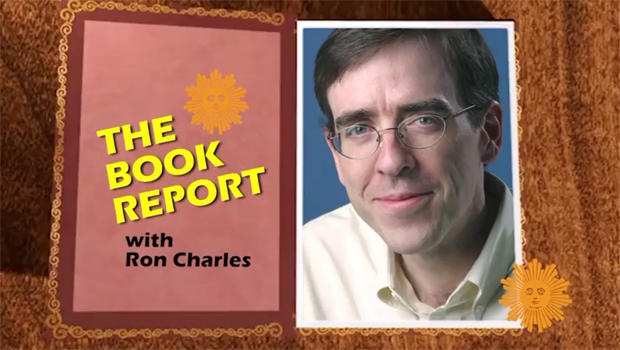 Megha Majumdar's debut novel, "A Burning," is an all-consuming story that rages through three intertwined lives in contemporary India.

It opens with a horrific terrorist attack on a train. Hoping to be provocative, a poor young woman posts a critical comment on Facebook about the government's failure to stop the attack. Soon, she finds herself arrested and accused of firebombing the train.

Even as she professes her innocence, journalists begin spinning the details of her impoverished life into a terrorist narrative. Two acquaintances could prove her innocence – but will they?

READ AN EXCERPT: "A Burning" by Megha Majumdar

"A Burning" by Megha Majumdar (Knopf), in Hardcover, eBook and Audio formats, available via Amazon

"The Taste of Sugar," by Marisel Vera, is a terrific historical novel about Puerto Rico in the late 19th century when the United States "liberated" the island from Spain.

The story focuses on a couple of young lovers who dream of someday owning their own coffee farm. But everything – from the government to bad luck – works against them.

When a hurricane destroys the island in 1899, they join 5,000 other Puerto Ricans and travel to Hawaii in hopes of finding work on the sugar plantations. Vera has written a kind of Latino "Grapes of Wrath" that's deeply moving.

READ AN EXCERPT: "The Taste of Sugar" by Marisel Vera

"The Taste of Sugar: A Novel" by Marisel Vera (Liveright), in Hardcover and eBook formats, available via Amazon

You may remember Brit Bennett's 2016 bestseller, "The Mothers." Now she's back with another engrossing story called "The Vanishing Half."

It's about two black sisters – identical twins – who grow up in a violently racist Louisiana town in the 1950s. Years later, one is still living there, but the other sister is passing as a white woman in Los Angeles.

The differing pasts they've endured and the choices they've made shape their lives – and their childrens' lives – in fascinating ways.

READ AN EXCERPT: "The Vanishing Half" by Brit Bennett

"The Vanishing Half: A Novel" by Brit Bennett (Riverhead Books), in Hardcover, eBook and Audio formats, available via Amazon

Brad Meltzer's new book sounds like one of his exciting thrillers, but it's actually a work of history. "The Lincoln Conspiracy," written with Josh Mensch, takes us back to a secret plot to assassinate Abraham Lincoln, not at Ford's Theatre in 1865, but four years earlier, in 1861, when the controversial new president was traveling to Washington in disguise.

Here's the story most of us never heard before about how close we came to losing President Lincoln before he even reached the White House.

READ AN EXCERPT: "The Lincoln Conspiracy" by Brad Meltzer and Josh Mensch

"The Lincoln Conspiracy: The Secret Plot to Kill America's 16th President - and Why It Failed" by Brad Meltzer and Josh Mensch (Flatiron Books), available in Hardcover, eBook and Audio formats, available via Amazon

And finally, the fastest-selling new book is "The Room Where It Happened," the tell-all memoir by former national security advisor John Bolton.

President Trump tried to stop the book from being released, claiming its revelations threaten national security, but the courts refused to intervene, and first week's sales topped 750,000 copies.