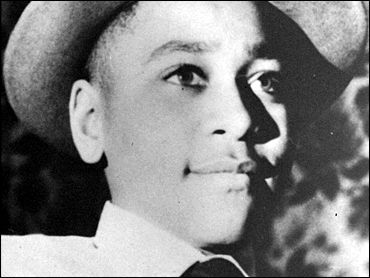 In 1955, a 21-year-old white woman named Carolyn Bryant claimed Emmett Till, a 14-year-old black boy visiting relatives in Mississippi, made sexual advances towards her. That claim led to his kidnapping and brutal murder.

But more than five decades later, Bryant broke her long public silence, confessing to historian Timothy Tyson that her allegations against Till were false.

“She said with respect to the physical assault on her, or anything menacing or sexual, that that part isn’t true,” Tyson told “CBS This Morning.”

That shocking revelation is at the center of Tyson’s new book, “The Blood of Emmett Till” (published by Simon & Schuster, a division of CBS).

“So why did she decide to finally make the call?” co-host Charlie Rose asked.

“Well I can’t read her mind. I’m not sure,” Tyson said. “My sense is that she wanted to unburden herself. She also wanted to tell her story... you know, for posterity.”

Till, who grew up in Chicago, was visiting relatives in rural Mississippi when witnesses said he whistled at Bryant, who was working behind the counter of a grocery store. Three days later, Bryant’s husband and his half-brother abducted Till from his uncle’s home. His badly mutilated body was recovered from the Tallahatchie River days later.

Of the crime, Tyson said Bryant told him: “Nothing that boy did could ever justify what happened to him.”

Both men were acquitted by an all-white, all-male jury. They later admitted to the killing in a magazine interview. Both have since died.

Tyson, a research scholar at Duke University, said Bryant had described her brother-in-law as being “domineering and brutal and not a kind man.” Tyson also said “it was clear she was frightened of her husband,” who was verbally abusive towards her.

“She’s far from the most important victim in this story, of course, but … it’s obviously been a great burden and a pain,” Tyson said. “She thought about Mamie [Emmett’s mother] a lot. She lost a son herself later and she said she always thought about Mamie.”

Mamie Till Mobley insisted on having an open casket funeral for her son, “so all the world can see what they did to my boy.” Her brave decision helped galvanize the civil rights movement, as photos of the badly beaten and disfigured body of Emmett Till were published in the black press.

“She turned her private heartbreak and agonies into a public issue,” Tyson said. “And this created really, out of black Chicago’s strength, a powerful political machine – largest African-American newspaper in the country and black labor unions and progressive churches. They launched a movement that became a national movement, that created the infrastructure… that turned a Southern series of regional movements into a national civil rights movement.”

In his book, Tyson also emphasizes what he calls a “very important point” about Emmett Till’s experience of growing up in Chicago in the 1950s.

“If he hadn’t been from Chicago, we probably would not know his name,” Tyson said.