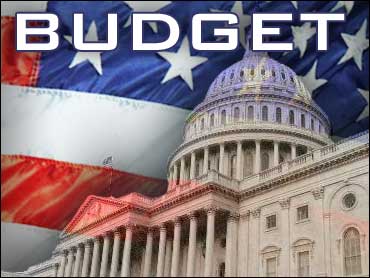 President Bush sends a $2.1 trillion budget request to Congress Monday, a budget that includes sharp increases for defense and homeland security in the wake of the Sept. 11 attacks.

"My budget includes the largest increase in defense spending in two decades," the president said in his State of the Union speech last week. "While the price of freedom and security is high, it is never too high. Whatever it costs to defend our country, we will pay it."

Overall, the budget proposal for 2003 marks a 9 percent increase in federal spending and will lead to the first projected federal deficits in five years.

Along with the deficits, Mr. Bush also faces a recession, forcing him to level off or cut spending for a number of programs. Up until now, though, there hasn't been much indication as to where those cuts may be.

"It's a bit of a mystery where the cuts will be since all Bush has been talking about is where he wants increases," Chris Edwards, director of fiscal policy for the libertarian Cato Institute, told CBSNews.com.

A few of the cuts have been announced: the Department of Transportation mentioned a $9 billion decrease in highway funding; and the Agriculture Department, while increasing spending for researching diseases and improving food safety, will suffer a slight budget cut overall.

Among the areas where the president proposes spending increases: