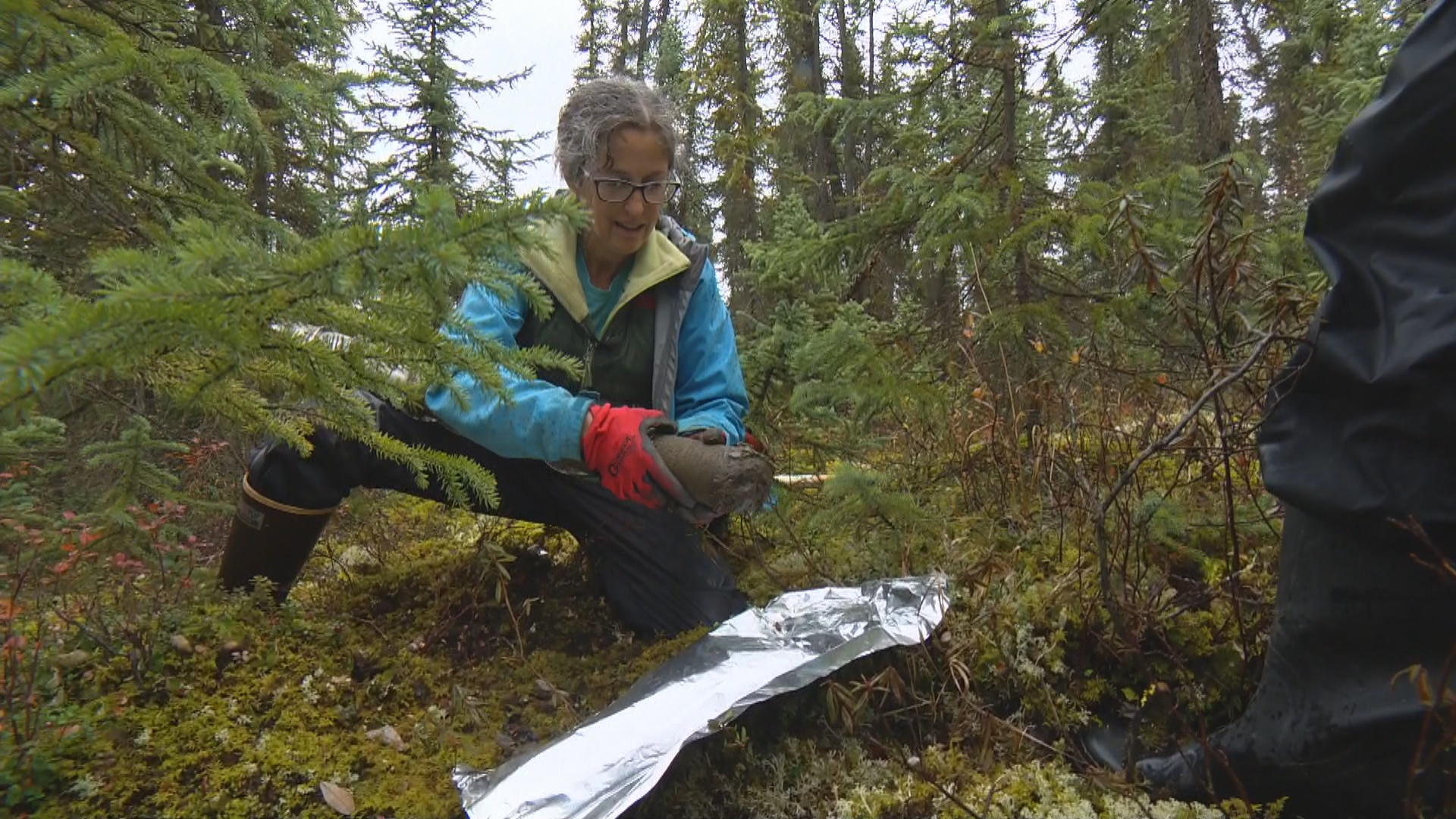 A new report just issued by NOAA says September's Arctic sea ice coverage was about 25 percent less than it was between 1981 and 2010. As America's only Arctic state, Alaska today faces unique challenges. One of those is the loss of permafrost, the frozen earth that serves as the foundation for huge portions of the state.

For the past decade, Sue Natali of the Woods Hole Research Center has been taking trips deep into the remote corners of Alaska's wilderness.

"This area has been thawing for several decades now," Natali said.

Her mission: monitor how the region's warming air temperatures are impacting the frozen earth underground.

"Permafrost is frozen ground, it's ground that remains below zero degrees Celsius for two or more consecutive years," Natali explained. "Everything in that ground that's frozen is permafrost."

But that term is actually misleading because, as Natali and other field scientists are learning, the icy soil buried under spongy moss is anything but permanent.

Recent studies show Arctic permafrost has warmed by up to 2 degrees Celsius in the past three decades and predict that 20 percent of it may thaw by 2040.

Natali uses a drill to extract permafrost, which starts a few feet under the surface and can extend hundreds of feet down. It contains organic material from dead and partially decayed plants and animals.

Some of it has been frozen for thousands of years, but as it thaws, that organic material releases gases like methane and carbon dioxide – so-called greenhouse gases – that warm the atmosphere.

"Our projections say for the larger permafrost region we can expect 150 billion tons of carbon to be released by 2100," Natali said.

Based on current emissions, the U.S. is already expected to release that much carbon over the same time period just by burning fossil fuels. Alaska's thawing permafrost would effectively double that figure.

The best view of permafrost does come from underground, in a 50-year-old tunnel built and maintained by the U.S. Army Corps of Engineers just outside Fairbanks.

Down there, it's easy to visualize another danger posed by thawing ground.

"You can imagine if this – the permafrost thaws and this really large ice wedge here melts out, that you're going to have some pretty substantial ground collapse," Natali said.

It's already happening in Alaska. Forests of trees bent or toppled over, roads like roller coaster tracks, even neighborhoods of homes buckling into uneven ground.

University of Alaska researcher Alexander Kholodov studies permafrost loss using hundreds of sensors around the northern hemisphere. He says the data from almost all those stations points to the same trend.

"It is really warm, so is really close to freezing point, so it's actually very, very vulnerable now," Kholodov said. "We are right on the line now, on the borderline."

Another possible side effect of permafrost loss is that thawing remains of long-dead animals could release dormant diseases. Last summer, the first fatal Russian outbreak of anthrax in 75 years killed a child and sickened 20.