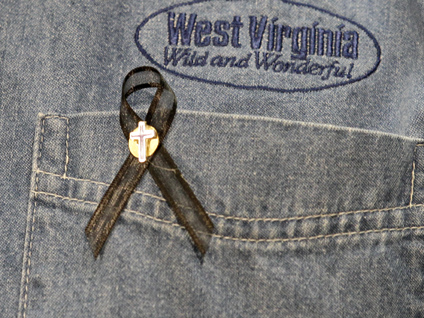 Mark Thatcher, the son of former British Prime Minister Margaret Thatcher, was arrested Wednesday and charged with helping to finance a foiled plot to overthrow the government of oil-rich Equatorial Guinea.

Thatcher, a 51-year-old businessman who has lived in South Africa since 2002, was arrested at his Cape Town home shortly after 7 a.m. and taken before the Wynberg Magistrate's Court, where he was charged with violating South Africa's Foreign Military Assistance Act.

"We have evidence, credible evidence, and information that he was involved in the attempted coup," police spokesman Sipho Ngwema said before the arraignment. "We refuse that South Africa be a springboard for coups in Africa and elsewhere."

Thatcher was placed under house arrest and given until Sept. 8 to post bail of 2 million rands, or nearly $300,000.

Defense lawyer Peter Hodes said Thatcher was arrested on suspicion of providing financing for a helicopter linked to the coup plot. "He will plead not guilty," Hodes said.

Thatcher's court appearance was delayed when he was robbed of his shoes, jacket and cell phone in a crowded holding cell, according to a court official who witnessed the attack. Thatcher did not appear to have been injured and police were seeking to recover the items, the witness said.

Thatcher, who has a twin sister and is the only son of Lady Thatcher and the late Denis Thatcher, was in his pajamas when police arrived at his home in the upscale suburb of Constantia and he was allowed to take a shower before they began examining his records and computers, Ngwema said.

Thatcher is accused of helping finance a plot to oust President Teodoro Obiang of Equatorial Guinea, which authorities say was foiled in March.

"We allege that Mr. Thatcher contravened [the Foreign Military Assistance] Act by financing the attempted coup in Equatorial Guinea," said Ngwema. "We believe Mr. Thatcher assisted in finance and logistics."

Equatorial Guinea, Africa's third-largest oil producer, put 19 people on trial this week for the alleged plot. One other defendant died in custody under suspicious circumstances. Seventy other accused mercenaries are on trial separately in Zimbabwe.

At the trial, a lawyer representing the government said the country would be interested in extraditing Thatcher. But no arrest warrant has been announced.

The 19 defendants on trial since Monday are charged with attempting to assassinate a head of state, illegal possession of arms and explosives, terrorism, treason and endangering the public.

A lead defendant, South African arms dealer Nick du Toit, testified Wednesday that he attended a July 2003 meeting in South Africa with Thatcher and Simon Mann of Britain, who is on trial in Zimbabwe as the alleged head of the plot.

But Thatcher only showed interest in buying military helicopters for a mining enterprise in Sudan, said du Toit, who faces the death penalty for his alleged role in the plot. "This was a normal business deal," du Toit testified.

Obiang's 25-year-old regime — accused by the U.S. State Department and others of torture and other abuses — is at the center of an oil boom in the Gulf of Guinea. The region is estimated to hold 10 percent of the world's oil reserves, and some of its most corrupt governments.

Since the development of Equatorial Guinea's oil industry began in the mid-1990s, the rain-soaked nation of just 500,000 people has enjoyed one of the fastest economic growth rates in the world, at up to 70 percent a year.

South Africa, which has sought to crack down on the involvement of its nationals in foreign mercenary activities, has been involved in the investigation of the alleged plot against Obiang since the start.

Its intelligence services tipped Zimbabwean authorities off to the arrival of a plane carrying 67 suspected coup participants in Harare on March 7 as they were allegedly en route to Equatorial Guinea. All were arrested with three other suspects, including Mann, and charged with seeking to procure weapons from the state arms manufacturer.

The 70 defendants maintain they were heading to Congo to provide security for a mining operation.

Thatcher studied accounting but then pursued an undistinguished career in motor racing. In January 1982, he was lost for six days during an auto rally across the Sahara Desert, causing his mother to weep in public for the first time.

He started his own company and moved to Texas in April 1984 after a lengthy controversy over reports that he represented a British construction firm that won a contract worth $600 million in Oman while Prime Minister Thatcher was there on a trade-boosting trip in 1981.

He moved to South Africa two years ago and has been involved in various ventures after business troubles in the United States, including a civil racketeering lawsuit in Dallas that he settled for an undisclosed sum and charges from the Internal Revenue Service for his role with a Dallas-based home security company that went bankrupt.

Thatcher also was under scrutiny in Parliament in Britain in 1994 over allegations he was involved in international arms deals while his mother was prime minister.