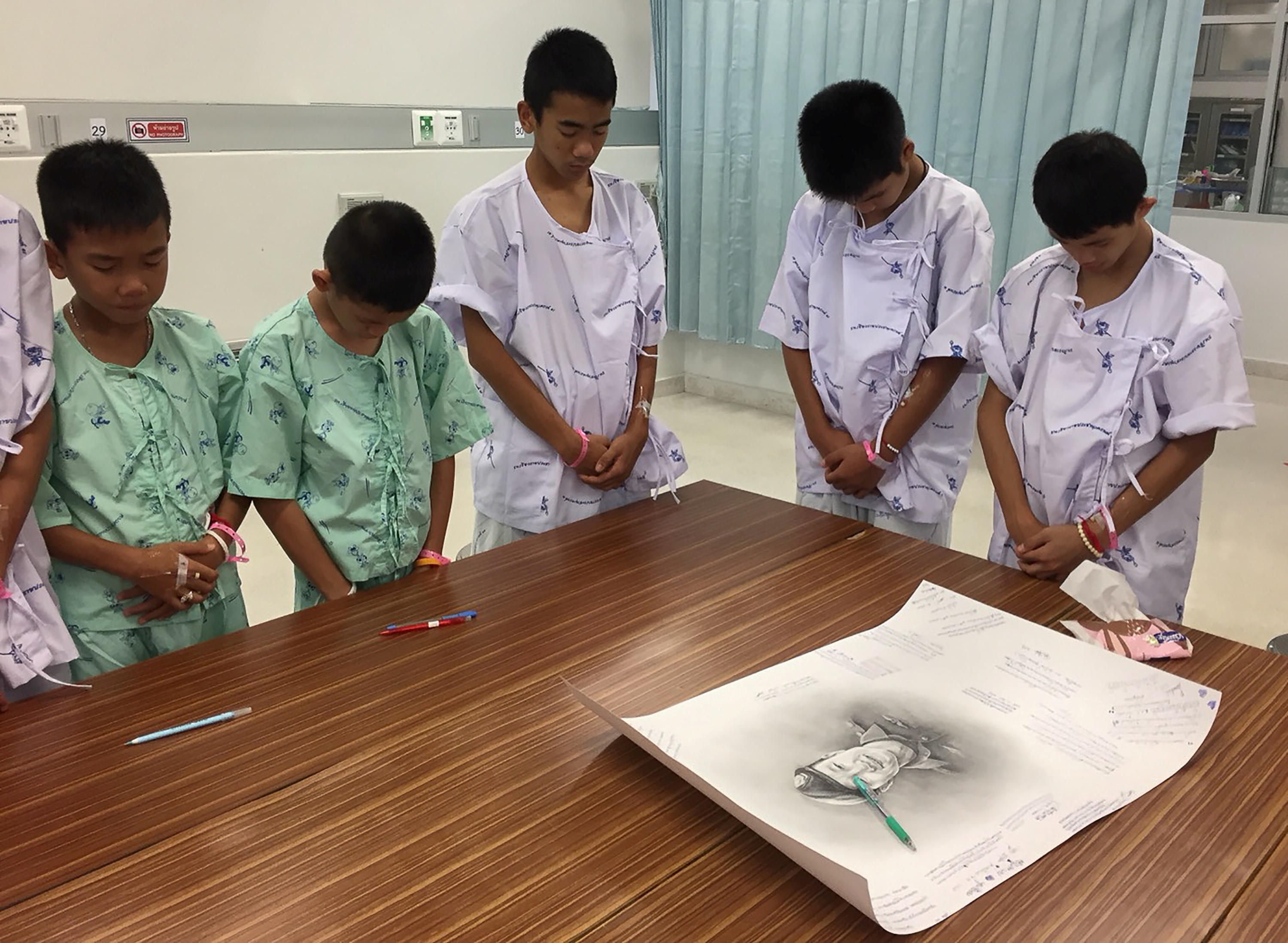 The Thai soccer team and coach who were trapped in a flooded cave paid tribute Saturday to the former Thai Navy SEAL who died during the dramatic 18-day rescue mission. Volunteer diver Saman Gunan was killed on his way out of the Tham Laung cave complex after delivering supplies to the group.

While still recovering at Chiang Rai Prachanukroh Hospital, the boys, whose ages range from 11 to 16, only learned of Saman's death on Saturday.

"All cried and expressed their condolences by writing messages on a drawing of Lieutenant Commander Saman," Jedsada Chokdamrongsuk, Thailand's secretary for public health, said in a statement to BBC News.

The team observed one minute of silence in honor of Saman, according to Jedsada.

Images released by the Thai Public Ministry showed the Wild Boars with their heads down and eyes closed during the special moment. "They also thanked him and promised to be good boys," Jedsada said.

A Thai health official said Wednesday that the soccer players had lost weight during their two-week ordeal, but had water while they were trapped and remained in good health. They are expected to leave the hospital on Thursday, though many are still on antibiotics.

In video messages of the boys shown at a news conference on Saturday, they were seen wearing surgical masks -- a safeguard against infection that's been taken since the last of them were pulled from the cave on Tuesday.

Saman, 38, retired from the Navy SEALs but offered to be a volunteer during the mission. He had been engaged in the important mission of helping replace oxygen canisters along the route to where the boys were sheltering to make the hours-long passage possible. He collapsed and died on July 6 while diving; according to some officials, his own oxygen supply ran out. The former SEAL has been honored as a national hero, and his cremation ceremony was held Saturday in his home.

Saman was granted a posthumous promotion to lieutenant commander by King Maha Vajiralongkorn Bodindradebayavarangkun and given the royal decoration of Knight Grand Cross (first class) of the Most Exalted Order of the White Elephant, the SEALs said Saturday on their Facebook page.