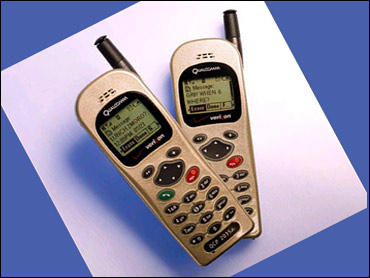 A few hours after NBA star Kobe Bryant had sex with a Vail-area hotel worker last summer, the woman exchanged cell phone text messages with a former boyfriend and someone else.

What's in those messages could help determine whether the sex was consensual or whether Bryant is guilty of rape as charged. The judge himself said the content may be "highly relevant" to the case.

That the judge could order the woman's cell phone company to produce the messages so long after they were sent shouldn't surprise anyone, analysts say.

Texters beware. Like e-mail and Internet instant messages, text messages tend to be saved on servers.

"One of the false assumptions that people make is that when they hit the delete button, messages are gone forever, but nothing can be further from the truth," said Jeff Kagan, an independent telecommunications analyst in Atlanta.

The Bryant case appears to be the first high-profile U.S. criminal case in which cell phone text messages could be entered into the docket. In Europe and Asia, where texting is hugely popular, some criminal cases have hinged on them.

In Sweden, police and prosecutors used text messages to prove that a nanny influenced by a pastor of a religious sect shot and killed his wife while she slept and then killed a neighbor next door with whom she was alleged to be having an affair.

And police in southern Japan are examining e-mail and text messages as part of the investigation into last week's box-cutter killing of a 12-year-old girl, allegedly by an 11-year-old classmate.

In the United States, text messages had a role in a Medford, Ore., case in which a man convicted of killing his wife had sent e-mail and text messages to terrorize her. In Conyers, Ga., a 17-year-old boy was arrested for investigation of solicitation of sodomy after a 12-year-old girl's parents complained of sexually explicit messages she had received.

In the Bryant case, defense attorneys said text messages were exchanged among the woman who has accused Bryant of rape and two other people - the former boyfriend and a person as yet unidentified - in the hours after the alleged June 30 attack.

He will review them in private to determine whether they are relevant to the case, in which Bryant has pleaded not guilty.

The company's Web site said messages not immediately delivered are held for 72 hours for more delivery attempts - then deleted. How messages in the Bryant case would be available four months later isn't known; most likely they were retrieved from an archival storage system.

"It's just a common practice," said Kagan, the telecoms analyst. "I don't know an instance where they delete them."

While some European countries require telecoms to store text-messaging content and other communications for law enforcement purposes no such requirement exists in the United States, said Barry Steinhardt, director of the Technology and Liberty Project of the American Civil Liberties Union. That changes when law enforcement officials obtain a court order.

The large U.S. wireless companies say messages are deleted either when they are sent or after a set amount of time if they cannot be delivered.

Travis Larson, spokesman for the Cellular Telecommunications and Internet Association, said information about text messages - including the sender, recipient and location of sender - is always stored for billing purposes. The software used to store that information also can store content.

Cellular text-message traffic has been increasing rapidly in the United States, hitting nearly 2.1 billion messages in December, the last month for which figures are available.

About 17 percent of U.S. cell phone users said in a recent Forrester Research Inc. survey that they send text messages. Such messaging is most popular among people 35 and younger, 26 percent of whom said they use the technology, said analyst Charles Golvin. By contrast, almost 71 percent of Europeans send and receive text messages, he said.

"I think in these days of corporate fraud and in these days of terrorism we're seeing more and more reason to store forever," Kagan said. "Don't ever say anything on e-mail or text messaging that you don't want to come back and bite you."