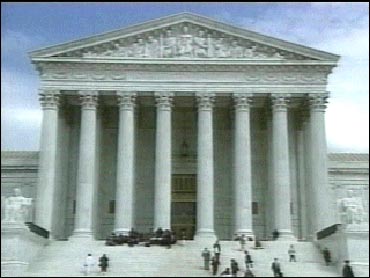 The U.S. Supreme Court refused Friday to block Texas from holding congressional elections next fall under a hard-fought new map that could cost the Democrats as many as six House seats.

The map was pushed through the Legislature by the Republicans last year after months of partisan fighting that included two out-of-state walkouts by the Democrats.

Congressional Democrats and others claim the map dilutes minority voting strength, but that was not at issue on Friday; the high court has yet to decide whether to hear that argument.

Instead, the justices rejected an emergency appeal that sought to stop the state from using the new boundaries in next fall's elections.

"The elections will move forward under the new map," said Angela Hale, a spokeswoman for Texas Attorney General Greg Abbott. Abbott has said repeatedly he expects the map to withstand court challenges.

Republicans contend they could capture as many as 22 of Texas' 32 seats in Congress, up from the current 16. The new map was upheld last week by a Texas-based federal panel.

The three-judge panel said critics failed to prove the plan was unconstitutional or illegal. But the judges noted they were not ruling on the "wisdom" of the plan.

The Democrats had warned the Supreme Court that millions of Texas minorities would be deprived of their voting rights if the elections went forward under the new map.

The Republicans have argued the new map was passed with political interests in mind, not racial gerrymandering.

The Supreme Court action, taken without comment, came as candidates faced a Friday deadline to file for the March 9 primary under the new maps. Candidates originally filed to run under court-drawn districts because the federal panel had not yet signed off on the GOP map.

The Legislature approved the districts during a special session last fall. Democrats claimed it was a Republican "power grab" orchestrated from Washington by House Majority Leader Tom DeLay of Texas.