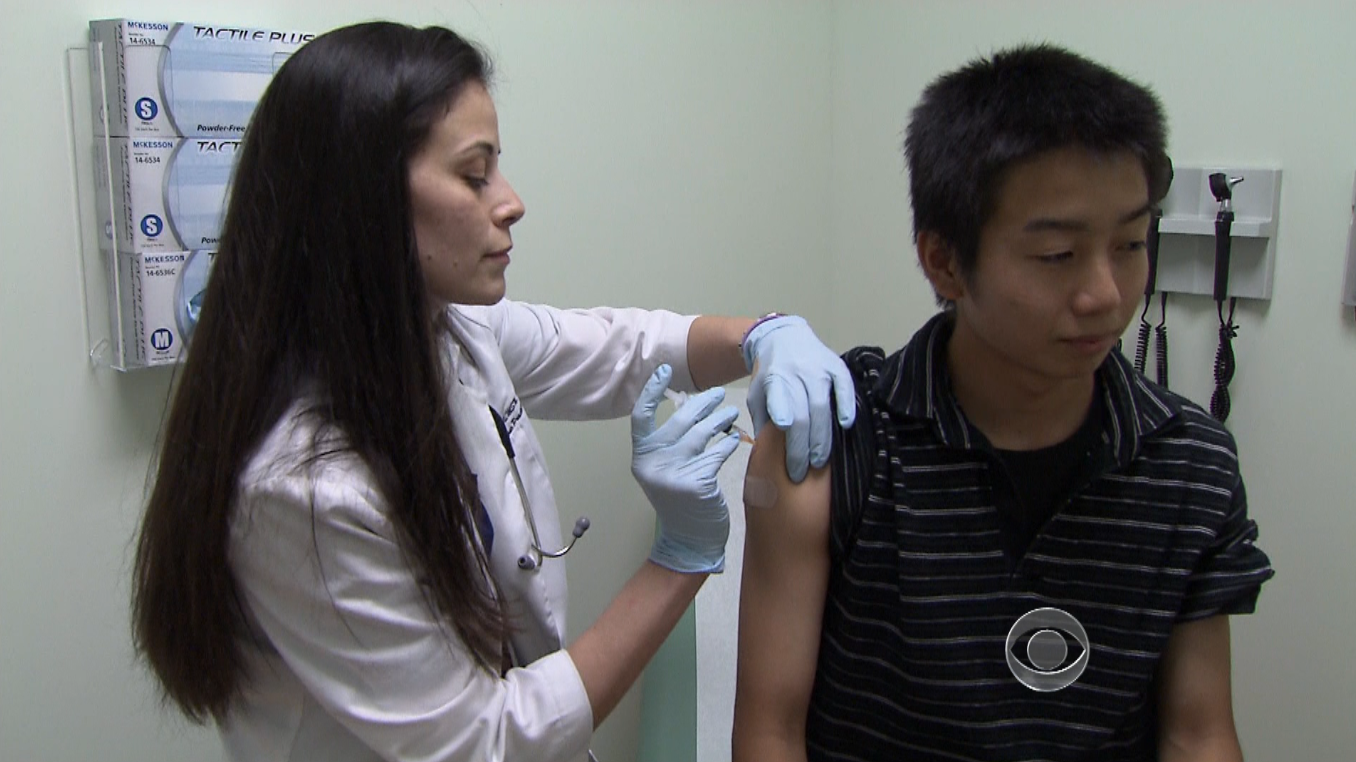 (CBS News) HOUSTON - In Washington, the Supreme Court heard a third and final day of arguments over the health care law backed by President Barack Obama. It requires all Americans to have health insurance or pay a fine.

It was passed two years ago to help nearly 50 million Americans who are uninsured get coverage. Nowhere is the problem greater than in Texas where nearly 25 percent of state residents lack coverage.

CBS Correspondent Ben Tracy reports on a nurse who is helping to fill the gap.


Nine-year-old Georgia Shivers had a big wood splinter lodged in her foot. A visit to a doctor was not an option. Her mom Kristy does not have health insurance. It would cost her $400 per month.

"We need groceries and you know, pay bills, and insurance is just too much right now," says Kristy Shivers.

So, Shivers had a dilemma. "I was going, 'Uh, we're going to have to go to the emergency room for this because there was nowhere else to go.'"

Her best alternative turned out to be in a Houston area strip mall, where Melissa Herpel opened a clinic in June for those without insurance.

"On most days, I'm averaging anywhere between 15 to 20 patients," Herpel said.

The 31-year old nurse practitioner is allowed to do almost everything a general practitioner can do except deliver a baby.

She says she bridges the gap for those patients who needed care before an emergency or disaster struck. Herpel financed the clinic herself. The office staff includes both her parents.

She charges just $50 per visit and near wholesale prices for medicine. One type of antibiotic costs her $2 a vial; She charges $15 for injections of the drug. The cost for the same drug at a doctor's office: $95 to $105, Herpel says, thanks to insurance companies.

The Texas Academy of Family Physicians says an emergency room visit for Georgia's splinter would have cost as much as $900.

And when the uninsured end up in the ER, their costs are passed on to paying customers. That means insurance companies end up paying more, so they raise rates, and fewer people and businesses can afford health insurance.

Almost half of Texans get health coverage from their employer, a problem Melissa Herpel knows well.

"I don't have insurance. I can't afford it for myself," says she said. At least $200 every two weeks, it's just too expensive even for this nurse who continues to see her business grow.

Last week, Herpel saw 183 patients, the most since she opened her clinic doors.