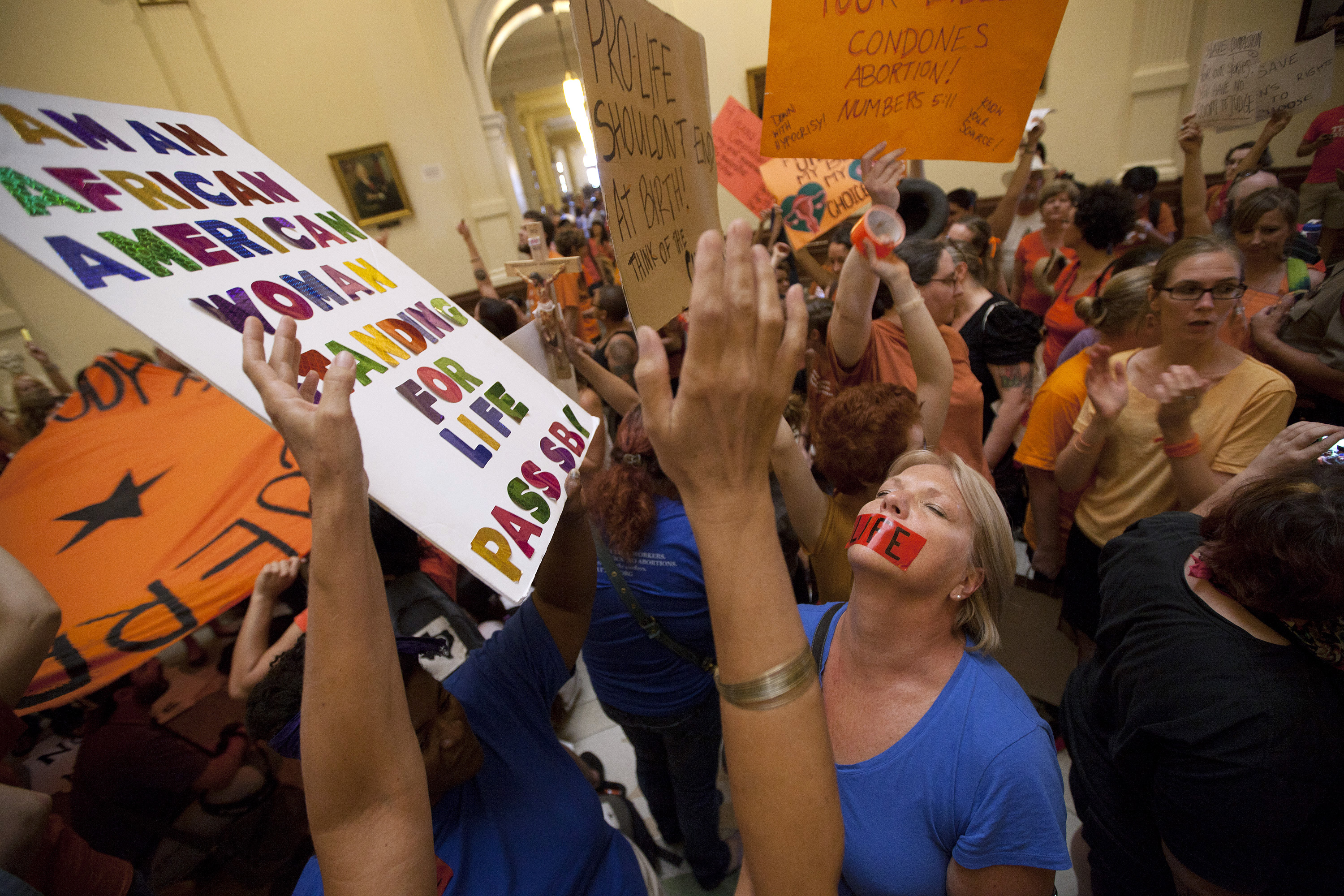 The measure effectively bans all abortions in the state after 20 weeks of pregnancy, it requires abortion clinics to also become ambulatory surgical centers, and it forces doctors who perform abortions to have admitting privileges at a hospital within 30 miles of the abortion clinic at which they perform the procedure.

Republicans have said the bill safeguards women's health by tightening restrictions on abortion clinics in Texas, but Democrats in the state and nationwide have assailed the measure as an assault on a women's right to make her own health care choices, warning that the new regulations would effectively shut down abortion clinics in rural areas of the state.

The road to passage was a dramatic one: The bill failed during a special session of the Texas legislature in June after state Sen. Wendy Davis, a Democrat, successfully led a 13-hour filibuster to stymie passage. Davis quickly became a national name, and the raucous protests at the Texas statehouse that attended her filibuster made for some exceptional political theater.

Perry, undeterred, quickly announced that he would call lawmakers back with a second special session to reconsider the bill and muscle it through over the objections of Davis and other Democrats.

The fight in Texas drew the attention of national abortion-rights supporters. In an interview, House Minority Leader Nancy Pelosi, D-Calif., told NBC's Andrea Mitchell that measures like the bill in Texas threaten the "discretion of a woman to make judgments" about her own body.

"The reality is that people in our country do practice birth control and use contraception," she said. "I don't know if my colleagues need a lesson on the birds and the bees. I really don't get it."

Perry recently announced that he would not seek reelection as governor in 2014. As a result of her filibuster, Davis has drawn rave reviews from Texas Democrats and others who are already boosting her as a potential Democratic candidate to succeed Perry. Davis herself told MSNBC in late June that she "would be lying" if she said she doesn't have any interest in running a statewide campaign.