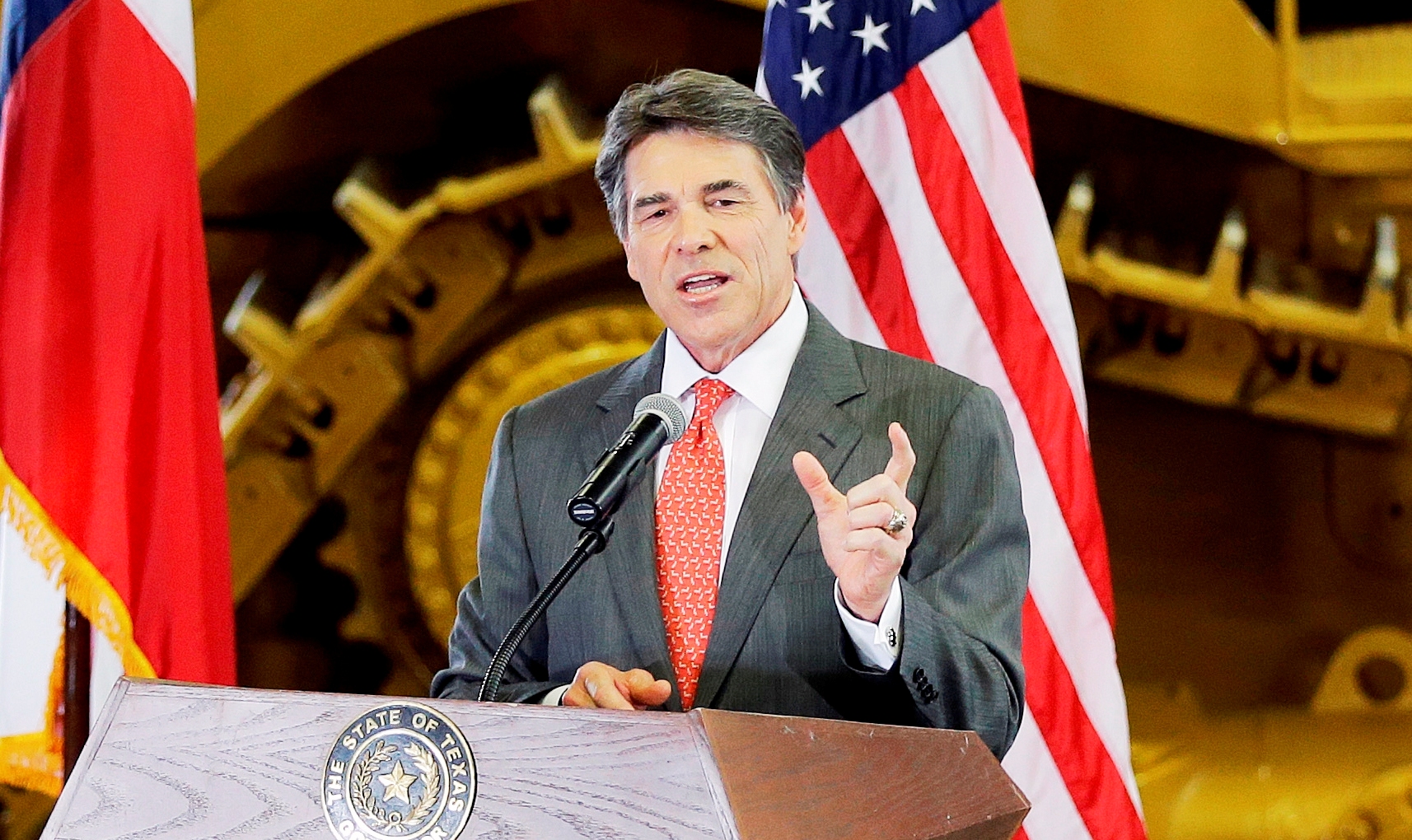 Gov. Rick Perry, R-Texas, announced Monday he will not seek another term as governor in 2014, a decision fueling speculation about whether he'll make another run for president in 2016.

"I make this announcement with a deep sense of humility and appreciation for the time and the trust the people of this state has given me," Perry announced at an event in San Antonio. "And knowing I will truly miss serving in this capacity because it is the greatest job in modern politics."

The 63-year-old Perry has served as Texas governor since December 2000, after George W. Bush was declared the winner of that year's disputed presidential election. He had never lost an election in Texas in his political career, winning his first race for the Texas Legislature - as a Democrat - in 1984. He became lieutenant governor in 1998 before taking over as governor in 2000.

Perry will serve out his term through January 2015, stressing he will continue "working hard to do what's best for Texas," and alluding to the heated abortion fight that lawmakers in the Lone Star State are currently debating.

"That includes this special session and additional sessions if required," Perry said, referring to the state legislature's overtime period that begins this week when lawmakers will debate and vote on a bill that would restrict abortions to the first 20 weeks of pregnancy.

"Protecting the right to life for the youngest and most vulnerable Texans," he continued. "Texas is and will remain a strong pro-life, pro-family, pro-freedom state."

As for his post-gubernatorial plans, Perry was mum. He mounted an ill-fated bid for the presidency in 2011, dropping out in January 2012 after a series of embarrassing debate performances and a disastrous fifth-place finish in the Iowa caucuses.

He has publicly entertained the idea of throwing his hat into the 2016 presidential ring, but during an interview with Fox News on Sunday he would only say another presidential run is "certainly" an option.

In Texas, Republican state attorney general Greg Abbott has been stockpiling money for a potential gubernatorial run. On the Democratic side, state senator Wendy Davis, who rose to prominence after successfully filibustering the abortion bill and forced the legislature's current special session, is named as a possible candidate.