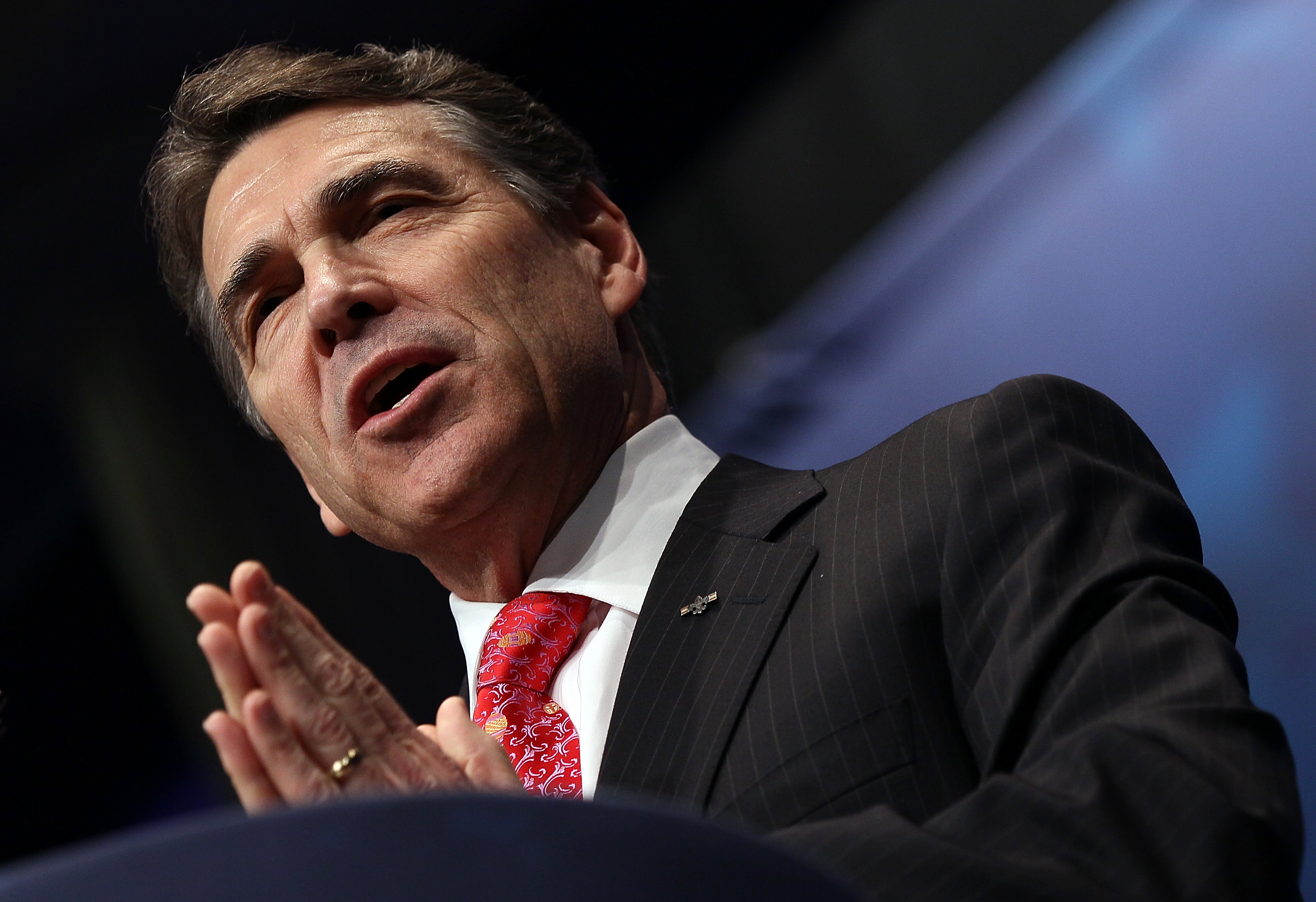 Perry ordered lawmakers to meet again on July 1 to act on the abortion proposals, as well as separate bills that would boost highway funding and deal with a juvenile justice issue. The sweeping abortion rules would close nearly all the state's abortion clinics and impose other widespread restrictions.

Perry can call as many 30-day extra sessions as he likes, but lawmakers can only take up those issues he assigns.

The debate over abortion restrictions led to the most chaotic day in the Texas Legislature in modern history, starting with a marathon filibuster and ending with a down-to-the wire, frenetic vote marked by questions about whether Republicans tried to break chamber rules and jam the measure through.

Democrats put their hopes of thwarting the bill in the hands of Wendy Davis, a state senator clad in pink running shoes, for a daylong attempt to talk the bill to death. Over the duration of the speech, Davis became a social media star, even becoming the subject of a tweet from President Obama for her efforts.

But just before midnight, Republicans claimed she strayed off topic and got help with a back brace -- two things that are against filibuster rules -- and cut her off.

That cleared the way for a vote.

But when Republican Lt. Gov. David Dewhurst shouted into the microphone, trying to call the final votes, nobody seemed to hear him. Some 400 supporters jammed into the gallery had taken their feet with a deafening roar, drowning out his voice. It was, as some claimed, a "people's filibuster" -- an attempt by protesters to finish what Davis had started more than 11 hours earlier.

"Get them out!" Republican Sen. Donna Campbell shouted to a security guard. "... I want them out of here!"

As the crowd clapped and shouted "shame, shame, shame," Dewhurst gathered Republican lawmakers around Secretary of the Senate Patsy Spaw to register their votes. Democrats ran forward, holding up their cellphones, which showed it was past midnight.

But Dewhurst and other Republicans insisted the first vote was cast before midnight by the Legislature's clock and that the bill had passed.

By the time decorum was restored and the 19-10 vote in favor of the measure was recorded, the clock read 12:03 a.m. Confusion took over: The Republicans had passed the bill, but did it count? Were the votes tallied in time?

Reporters checked the Senate's official website and saw the vote registered on Wednesday, after the deadline. But a short time later, the website was updated to show the vote on Tuesday. Sen. Chuy Hinojosa produced two official printouts of the vote, each showing a different day for the same vote.

After protests from angry Democrats, senators met privately with Dewhurst for more than an hour. Eventually, he returned to the then-empty Senate chamber and declared that while the bill had passed, he didn't have time to sign it, so it wasn't approved. In return for declaring the measure dead, Democrats promised not to question the date of the vote any further.

While altering a public record is illegal, stopping the clock to allow for a vote or changing the journal before it is published are long traditions in the Texas Legislature and unlikely to lead to a prosecution.

The bill would have banned abortion after 20 weeks of pregnancy and forced many clinics that perform the procedure to upgrade their facilities and be classified as ambulatory surgical centers. Also, doctors would be required to have admitting privileges at a hospital within 30 miles -- a tall order in rural communities.

In an interview with CBS News correspondent Manuel Bojorquez, Davis argued that forcing clinics to upgrade their facilities is not necessarily better for women's health.

"Throughout the debate, not once could the members who were advancing the bill demonstrate that that would create a safer climate for women, or that there was an existing safety problem within the existing clinical climate today." she said.

The law's provision that abortions be performed at surgical centers means only five of Texas' 42 abortion clinics would remain in operation in a state 773 miles wide and 790 miles long with 26 million people. A woman living along the Mexico border or in West Texas would have to drive hundreds of miles to obtain an abortion.

Conservatives and anti-abortion campaigners joined Dewhurst in condemning the "unruly mob" for violating the Senate's decorum by screaming obscenities at Republican backers of the bill.

Texas Democrats, though, see an opportunity to capitalize just months after setting up a grassroots organization called "Battleground Texas," which is reportedly expected to spend tens of millions over the next decade. And they circled around Davis -- the teen mom turned Harvard Law School grad whose Twitter followers rocketed from 1,200 to 83,000 in just 24 hours.

"As Sen. Wendy Davis most powerfully emphasized, Democrats are not afraid of a fight," said Gilberto Hinojosa, Texas Democratic Party chairman. "Last night was a turning point in that story of Texas."

Davis told Bojorquez that she's willing to filibuster all over again if she needs to.

Update: An earlier version of this story reported that Battleground Texas has raised $36 million; that figure has not been reported publicly by the group. However, Battleground Texas officials have reportedly said they expect to spend tens of millions over the next decade.