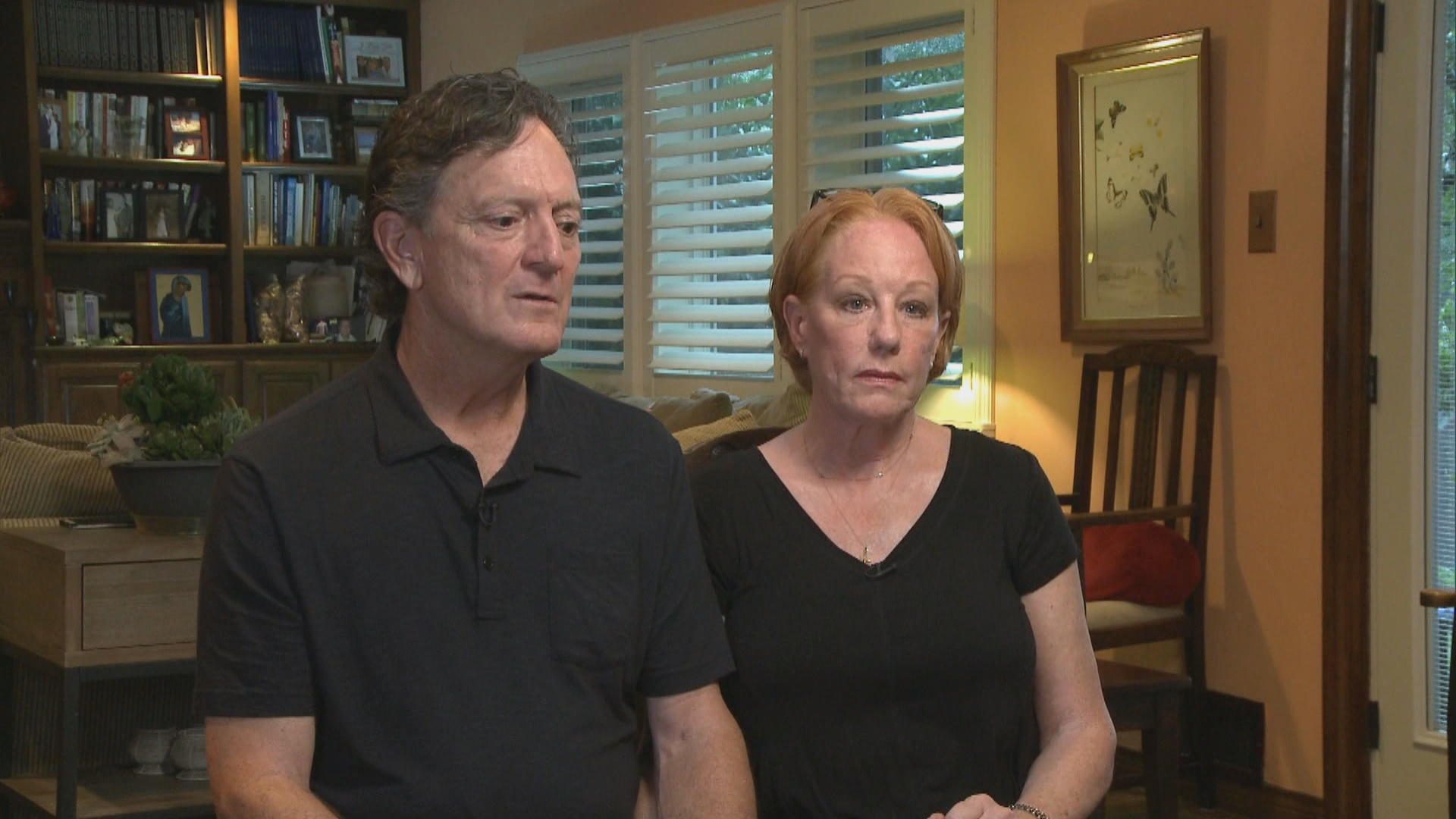 According to preliminary data, overdoses killed more than 59,000 Americans last year -- a record, and more than car crashes or gun violence.

Gilbert and Kim Freeman lost their youngest sons to heroin, first on Valentine's Day and then Mother's Day.

Now they're warning parents to stay vigilant and calling on lawmakers to rethink the war on drugs.

For nearly 50 years together, Gilbert and Kim Freeman, the parents of five, have been making memories in North Texas, reports CBS News' Tony Dokoupil.

"You just think these are your beautiful children, and they're gonna turn out to be great," Gilbert said.

But Kim says she started to worry about drugs as soon as the children were in high school.

All three of their boys -- Hunt, Jack and Ross -- struggled with addiction. It started with alcohol, then cocaine, then heroin.

"I kept thinking that I was going to fix them. That if I -- if-- if I got 'em in a different school, just had 'em in the right rehab, and whatever it was. And I just didn't have an understanding of the power of that drug," according to Gilbert.

The youngest brother, Hunt, overdosed more than a dozen times.

"He was walking the edge all the time. So close to death," Kim said.

He died on Valentine's Day at the age of 26.

"You know, once you go down that road of-- of taking -- heroin -- I mean, ever turning back, obviously, is almost impossible for so many people. And it took us-- it took me, you know, way too long to -- to figure that out," admitted Gilbert.

Jack relapsed after Hunt's death, and the morning after Mother's Day, he didn't show up for work.

"I kept calling Jack and calling Jack. And I remember sitting in my car just thinking, 'Just please be OK, just -- we can't do this again," said Ross, the oldest brother.

Ross stopped his father from going inside Jack's apartment.

"There's nothing quite as terrifying as hearing a parent's scream that they make when they know that their child is dead. It's -- it's the saddest noise I've ever heard," Ross said.

Rather than hide their pain, the Freemans have decided to talk about it, publishing an obituary with a picture of the boys they lost.

"It was a cute little picture of Jack and Hunt when they were together, holding each other. And that's how I like to think that -- that-- that's where they are now," Kim said through tears.

The Freemans believe the legalization of drugs, not stronger enforcement, may have saved their family.

"People are going to use drugs. They're going to get high. And, you know, we'd just better face it that our war isn't winning at all. There's gotta be a different strategy," Gilbert said.

When asked if she agrees with her husband, Kim said, "Every culture has used drugs for centuries. If it's regulated, that might be an answer."

The Freemans hope that by sharing their story, they can save another parent's child.

"I mean, I'd love to just curl in a ball and cry and do nothing. But it -- that's not life, that's not living. If I want to honor their lives, I would put some energy into something. And this is what we've chosen," Kim said.

The Freemans' oldest son, Ross, is getting married this September -- six years after recovering from a heroin addiction himself.

It's the kind of success story the Freemans hope other families can share.