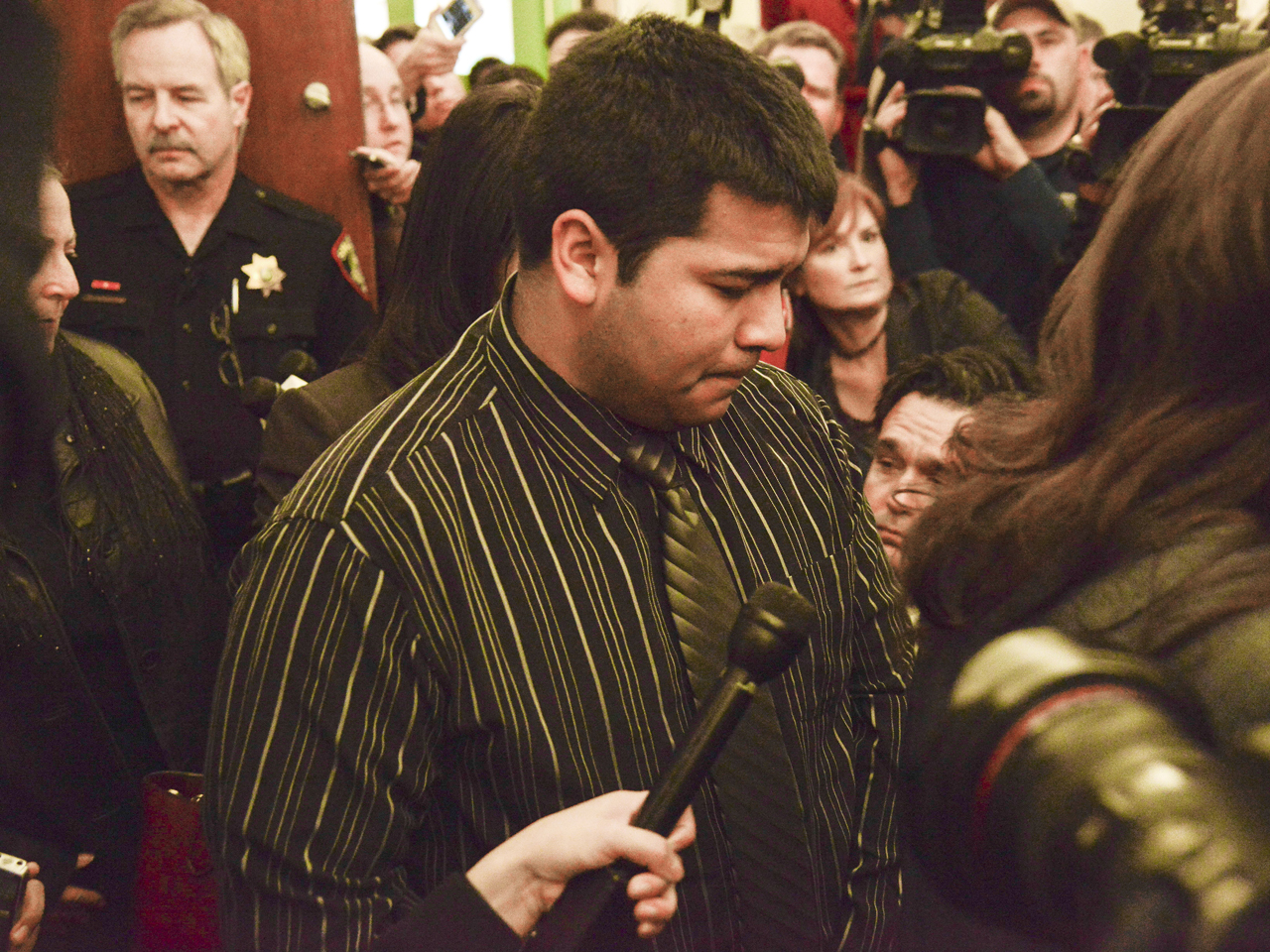 FORT WORTH, Texas -- A public battle over the fate of a brain-dead, pregnant Texas woman and her fetus ended quietly and privately as she was taken off life support and her family began preparing for her burial.

John Peter Smith Hospital in Fort Worth complied Sunday with a judge's order to pull any life-sustaining treatment from Marlise Munoz, who was declared brain-dead in November, but kept on machines for the sake of her fetus.

Munoz was removed from the machines shortly afterward and allowed to die. The fetus, which was at 23 weeks' gestation, was not delivered.

The hospital's decision brought an apparent end to a case that inspired debates about abortion and end-of-life decisions, as well as whether a pregnant woman who is considered legally and medically dead should be kept on life support for the sake of a fetus, per Texas law. Anti-abortion activists attended Friday's court hearing and spoke out in favor of trying to deliver the fetus.

Whether the Munoz case leads Texas to change the law remains unclear. In recent years, the Legislature has enacted several new anti-abortion restrictions, including setting the legal guideline for when a fetus can feel pain at 20 weeks - a milestone Marlise Munoz's fetus passed about three weeks ago.

Munoz's husband, Erick Munoz, sued the hospital because it would not remove life support as he said his wife would have wanted in such a situation. The couple, both paramedics, was familiar with end-of-life issues, and Erick Munoz said his wife had told him she would not want to be kept alive under such circumstances.

But the hospital refused his request, citing Texas law that says life-sustaining treatment cannot be withdrawn from a pregnant patient, regardless of her end-of-life wishes.

Erick Munoz found his wife unconscious in their Haltom City home on Nov. 26, possibly due to a blood clot. Doctors soon determined that she was brain-dead, which meant she was both medically and legally dead by law, but kept her on machines to keep her organs functioning for the sake of the fetus.

Shortly after the hospital announced its decision not to fight the judge's order, his attorneys announced that she had been disconnected from life support about 11:30 a.m. Sunday.

"May Marlise Munoz finally rest in peace, and her family find the strength to complete what has been an unbearably long and arduous journey," they said in a statement.

Munoz told The Associated Press this month that he wanted to move forward with caring for the couple's infant son and relatives stricken by the tragedy.

Larry Thompson, a state's attorney who argued on behalf of the hospital Friday, said the hospital was trying to protect the rights of the fetus as it believed Texas law instructed it to do. The hospital's attorneys cited a section of the Texas Advance Directives Act that reads: "A person may not withdraw or withhold life-sustaining treatment under this subchapter from a pregnant patient."

"There is a life involved, and the life is the unborn child," Thompson told the judge.

Legal experts told the AP that the hospital was misreading the Texas Advance Directives Act and that the law isn't an absolute command to keep a pregnant woman on life support.

The case has been noted by Republican Texas Gov. Rick Perry and the two leading candidates running to replace him, but none of them has called for any new laws yet or action as a result of the case.

Republican Attorney General Greg Abbott, through a spokesman, said the case was a "heartbreaking tragedy" and that "Texas strives to protect both families and human life, and we will continue to work toward that end."

Texas Sen. Wendy Davis, a Democrat from Fort Worth, said through a spokeswoman that any decision like this "should be made by Mrs. Munoz's family, in consultation with her doctors."