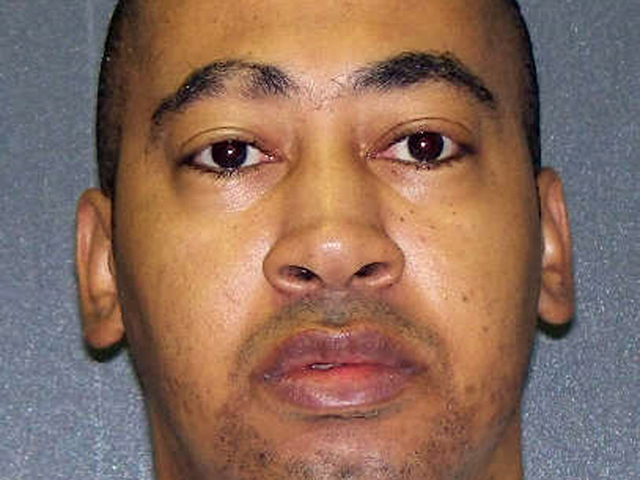 (CBS/AP) HUNSTVILLE, Texas - Robert Wayne Harris, who confessed to killing five people at a Dallas-area car wash a week after he was fired from his job there in 2000, was executed Thursday evening.

Harris, 40, received a lethal injection less than two hours after the U.S. Supreme Court refused appeals to halt his punishment.

Harris expressed love to his brother and three friends who were watching through a window.

He snored briefly as the lethal dose of pentobarbital began, then all breathing stopped. He was pronounced dead at 6:43 p.m.

Harris was convicted of two of the five slayings in March 2000 at the Mi-T-Fine Car Wash in Irving. He also was charged with abducting and killing a woman months before the killing spree and led police to her remains.

Harris didn't deny the slayings, but his lawyer unsuccessfully contended in appeals he was mentally impaired and should be spared because of a Supreme Court ban on execution of mentally impaired people. Attorney Lydia Brandt also argued prosecutors improperly removed black prospective jurors from serving on his trial jury. Harris is black.

Harris died "without ever having had a fair trial" on the issues, Brandt said.

Harris' brother asked to leave the death chamber before the procedure was complete. A half-dozen friends and relatives of the victims also were present, watching in another room. Harris never looked at them. Two of them hugged after it was apparent Harris was dead. They declined to speak with reporters afterward.

Harris had served an eight-year sentence for burglary and other offenses and had been working at the car wash for about 10 months when he was fired and arrested after exposing himself to a female customer. The following Monday, he showed up before the business opened, demanded the safe be opened and then shot the manager, the assistant who had fired Harris and a cashier.

Three more employees reporting to work also were shot, two of them fatally. Harris was arrested the next day.

More on the Robert Harris case on Crimesider
Sept. 20, 2012 - Robert Harris, convicted of 2000 shooting spree, asks Supreme Court to be spared from execution