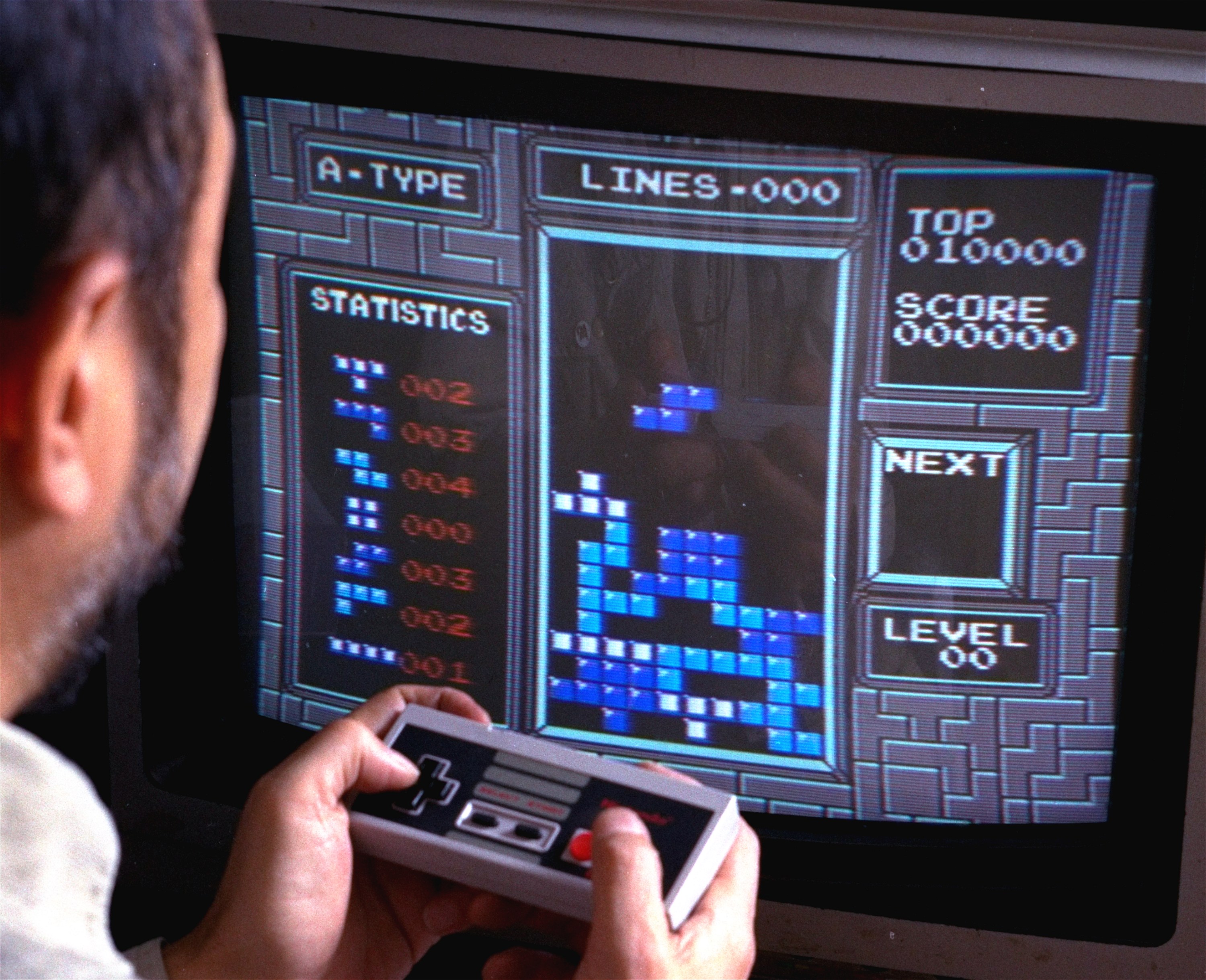 It's simple, it's addictive, and it has a theme song that's impossible to get out of your head even decades later.

Invented in Russia in 1984 by scientist Alexey Pajitnov, the game involves connecting a series of falling, differently shaped blocks to make complete rows. Failure to find a home for the cascading tiles means game over.

The game quickly caught on in the Soviet Union, but it was not until the late '80s that it achieved true commercial success. In 1989 it was licensed to Nintendo and was launched with the company's iconic Game Boy.

35 million copies flew off the shelves and the Game Boy version became the sixth most sold video game of all time, according to Guinness World Records.

Today, Tetris has moved on from its original 8-bit universe and into the world of Facebook, Apple and Android devices. It was played more than one billion times online in 2012. Earlier this year, it was even played in lights on the side of a Philadelphia skyscraper.

Tetris has some pretty well known fans. According to the game's official website, these include R&B megastar Beyonce Knowles and former Star Trek Captain and Shakespearian actor Patrick Stewart.

Finally, perhaps no other game has been scrutinized as much by the academic community as Tetris. It has been credited with improving brain functionality, reducing post-traumatic stress disorder and even helping people stick to their diets by distracting them from food cravings.

The next stop for Tetris is a digital release on the Xbox One and PS4 by Ubisoft. Not a bad achievement for a game that is heading towards middle age.