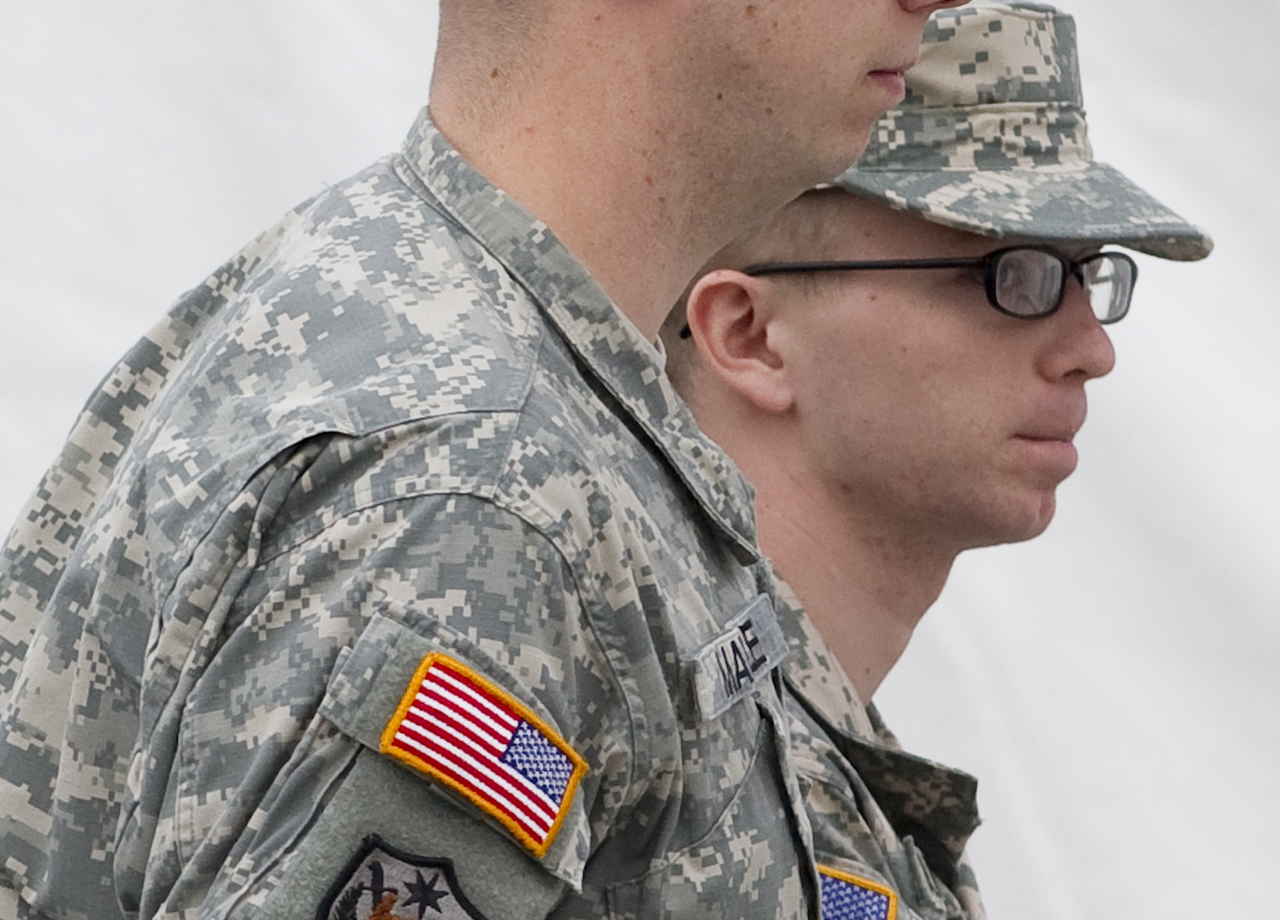 FORT MEADE, Maryland - An intelligence officer who worked with the Army intelligence analyst accused of giving U.S. secrets to the WikiLeaks website said Sunday that the soldier was considered to have an especially high understanding of enemy threats in Iraq and had to be trusted to keep the material he saw private.

The description of Pfc. Bradley Manning from one of his officers came at the beginning of the third day of a military hearing to determine whether he should be court martialed. He is accused of giving WikiLeaks a trove of government material while working as an intelligence analyst in Iraq in 2009 and 2010, including Iraq and Afghanistan war logs, State Department cables and a military video of a 2007 American helicopter attack in Iraq that killed 11 men.

Capt. Casey Fulton testified for the prosecution that Manning had a "top secret" security clearance, enabling him to view a wide range of classified material. None of the material posted on WikiLeaks was classified higher than "secret."

Fulton said Manning was regarded as having a better understanding than other analysts of enemy threats in Iraq. She said analysts such as Manning, known as all-source analysts, were trained to synthesize intelligence from a wide array of intelligence sources.

"You have to trust that they'll safeguard the material the way that they've been taught," she said.

Fulton also said that sometime before April 2010 when WikiLeaks released a video featuring an Apache helicopter attack, she saw a similar clip on a workstation computer in Baghdad. She said Manning later showed her that the WikiLeaks clip and the one Fulton had seen were the same. Manning is suspected of leaking the video.

The hearing began Friday at Fort Meade outside Washington and could run several more days. The Army says it may take several more weeks for the commander of the Military District off Washington to decide whether Manning will be court-martialed.

Maj. Gen. Michael Linnington may choose other courses, including administrative punishment or dismissal of the 22 counts against him, including aiding the enemy. He also could add more charges based on evidence produced at the hearing.

Manning, who turned 24 Saturday, could face life in prison if convicted.

The Obama administration says the released information has threatened valuable military and diplomatic sources and strained America's relations with other governments. Manning's lawyers counter that much of the information that was classified by the Pentagon posed no risk.

Among the first issues to arise during weekend testimony was whether Manning's sexual orientation is relevant to the case against him. His attorneys maintained that his status as a homosexual in the military before the repeal of "don't ask, don't tell" contributed to mental and emotional problems that should have barred him from having access to sensitive material.

The defense revealed that Manning had written to one of his supervisors in Baghdad before his arrest, saying he was suffering from gender-identity disorder. He included a picture of himself dressed as a woman and talked about how it was affecting his ability to do his job and even think clearly.

Maj. Matthew Kemkes, one of Manning's lawyers, asked Special Agent Toni Graham, an Army criminal investigator, whether she had talked to people who believed Manning was gay or found evidence among his belongings relating to gender-identity disorder. The condition often is described as a mental diagnosis in which people believe they were born the wrong sex.

Graham said such questions were irrelevant to the investigation.

"We already knew before we arrived that Pfc. Manning was a homosexual," Graham said.

Prosecutors objected several times to the questions. Kemkes responded that if the government can argue that Manning intended to leak secrets, "what is going on in my client's mind is very important."

Manning's appearances over the last two days in the Fort Meade courtroom marked the first time he has been seen in public after 19 months in detention. The Oklahoma native comes to court in Army camouflage fatigues and wearing dark-rimmed glasses.

Manning sat calmly in the courtroom Saturday without appearing to react to the testimony, even when centered on his troubled mental state and homosexuality. Manning listened intently and regularly took notes.

The case has spawned an international support network of people who believe the U.S. government has gone too far in seeking to punish Manning.