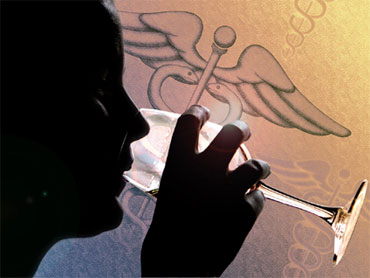 How much do you know about your health around the holidays?

CBS News Medical Correspondent Dr. Jennifer Ashton gave the health quiz below on "The Early Show" Friday. Test yourself below: Can you separate fact from fiction about these old holiday clichés?

MOST PEOPLE GAIN FIVE TO 10 POUNDS OVER THE HOLIDAYS.

FALSE: The average weight gain is actually about a pound between Thanksgiving and New Year's. A study from the New England Journal of Medicine reported that while people did gain weight during the holidays, it was NOT as much as five pounds. However, those who did gain the MOST weight during the holidays were more likely to be overweight or obese.

While a pound might seem like "no big deal," it can be -- especially if this trend continues -- a pound per month can be dangerous. As people grow older, their metabolism slows and they're less physically active, which means that holiday pound may be difficult to lose.

ALCOHOL BURNS OFF IN COOKING

FALSE: You will not be able to cook or burn off ALL the alcohol. Wine and hard liquor can be added for a festive flair during this season of hearty dishes and desserts. Whether it is baking, simmering or even flambéing, there may be a trace of alcohol left behind. During this time of merry-making, your alcohol intake can really sneak up on you. Not to be a holiday buzzkill, but moderate drinking is considered to be one drink per day for women, two for men. Heavy drinking or binge drinking (five or more drinks on a single occasion for men or four or more drinks on a single occasion for women, generally within about two hours) can affect your liver and may lead to unintentional injuries, and not to mention, leave you with a BAD hangover, for which there is no cure.

YOU'RE MORE LIKELY TO DIE FROM A HEART ATTACK DURING THE HOLIDAYS.

TRUE: Heart attack deaths peak on Christmas and then again on New Year's. The combination of stress and overindulgence may trigger a heart attack. To avoid a "Christmas coronary," there are some things you can do:

• Watch your stress levels
• Avoid excess alcohol/salt -- don't overindulge
• Take a break from shoveling snow
• Don't delay care -- doctors think this increase of deaths may be due to a delay in care -- people want to enjoy their holidays and not disrupt the festivities, so they put off medical care, which is so dangerous. If you feel chest pain or other symptoms, call 911 for emergency help.

POINSETTIAS ARE NOT TOXIC.

TRUE: You can stop worrying about those poinsettias this holiday season--they are NOT the red menace
Poinsettias have been wrongly thought to be highly toxic to people and pets. But, Poison Control Centers have reports of over 20,000 of human poinsettia ingestion with only minor side effects and no deaths. A large study found that 96 percent of the poinsettia-eaters didn't even need to see a doctor and could be treated at home. At most, if too many leaves are ingested, there may be some vomiting and stomach upset. Poison Control experts say that anything taken in excess can be hazardous, and just to be on the safe side, it's best to call the Poison Control Center when anything non-food plant is eaten.

ALLERGIES HIBERNATE IN THE WINTER

FALSE: Allergies don't hibernate in the winter. As the cold weather forces people to spend more time inside with the heat on and the window closed, indoor allergens such as mold, mildew, dust mites and pet dander can become a big problem. And in case you're wondering, it's probably not the Christmas tree itself that might trigger an allergic reaction, but it's what the tree harbors -- mold and spores that can bring on an allergic reaction. Smoke from the cozy fireplace, scented candles and trees can all be irritants. If these things do irritate your allergy symptoms, you may want to switch to an artificial tree or an electric fire.