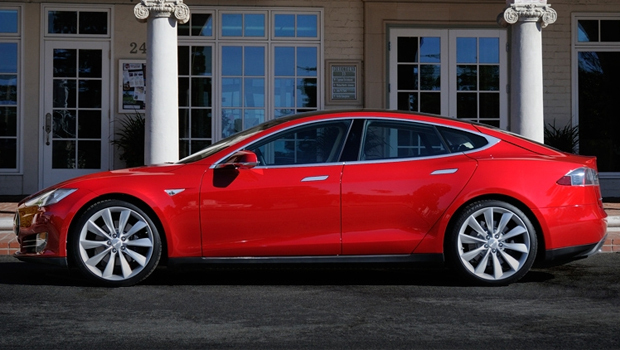 There's the possibility that Tesla may be looking to make its luxury all-electric cars a tiny bit more affordable. The company's CEO Elon Musk tweeted Thursday that Tesla will announce some big news on Friday.

While no further information is given, this tweet does offer some clues into what Musk may be suggesting. The fact that he mentioned it will be something "Tesla owners will like" harkens back to a similar tweet from last month.

After tweeting about an upcoming big announcement on March 25, Tesla revealed that it was laying out a new financing plan with Wells Fargo and U.S. Bank for Model S owners. The plan is supposed to bring net payments down to $500 a month, according to Tesla, after taking into account the savings from purchasing electricity over gasoline, government incentives, and resale value.

While CNET has contacted Tesla for more information on today's tweet, we have not heard back at the time of this writing. However, the Mercury News reported that a company spokesperson revealed the upcoming announcement will focus on "service." This means that it will probably have something to do with making the Model S more accessible to customers, such as more charging stations, free maintenance for the first few years of ownership, or something more to do with financing.

The car company began deliveries of its all-electric Tesla Model S last June. With its release, the Model S came out as the most practical electric car yet. Given its range and luxury sedan packaging, it was seen as becoming a daily driver for its owners. It also came with the added benefit of costing about a tenth less to run than a gasoline-engine car. However, it still comes with the hefty price tag of about $50,000.

This article originally appeared on CNET under the headline "Tesla plans big announcement that Model S owners 'will like.'"