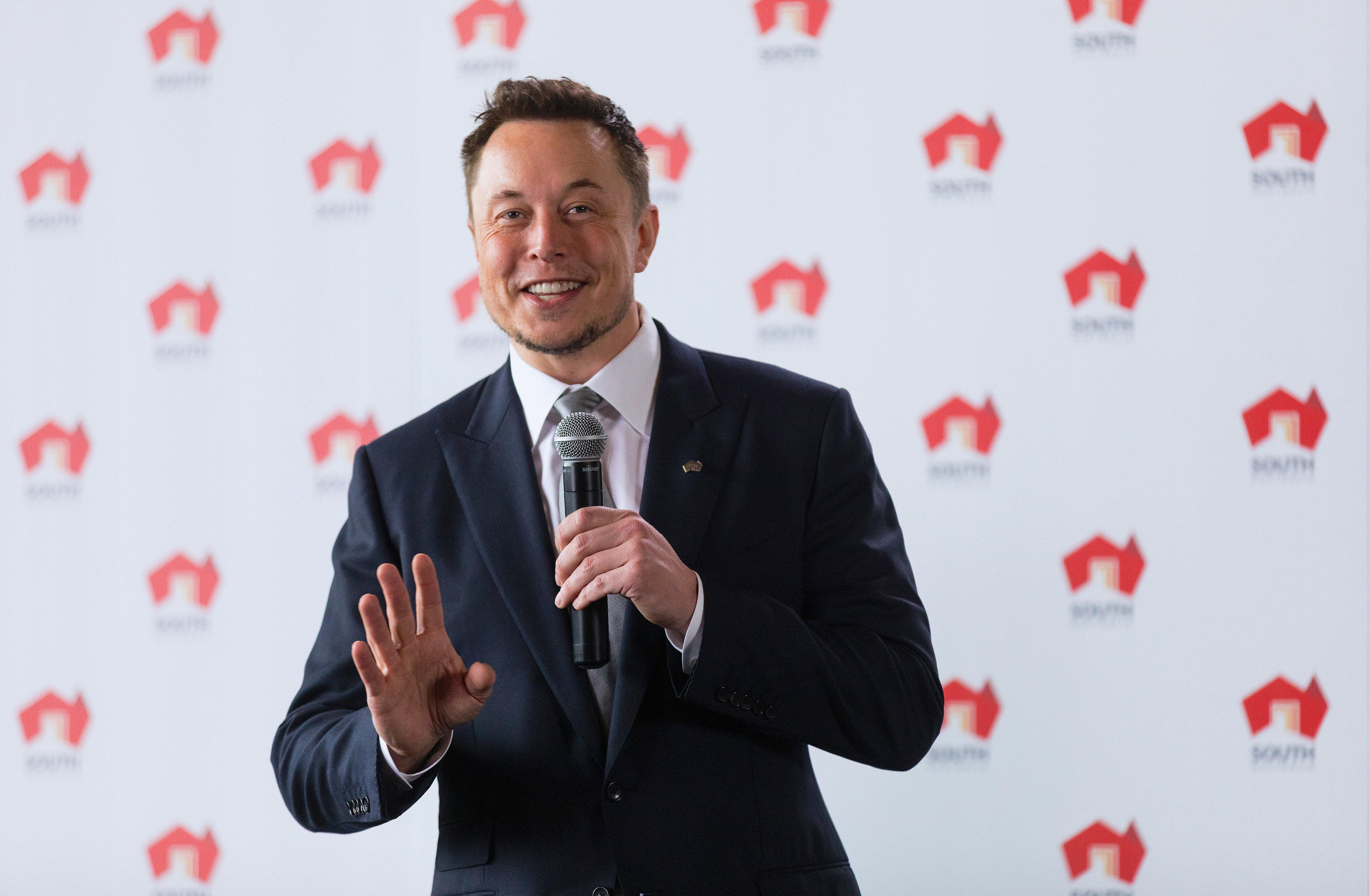 Australia is famous for the Big Banana, the Big Pineapple and the Big Prawn. Now, another "world's biggest" is coming Down Under, and it's going to be just as much of a tourist attraction if Elon Musk has his way.

Tesla is teaming up with French-based renewable energy company Neoen to build the world's biggest lithium-ion battery in South Australia by the end of the year.

Tesla CEO Elon Musk jetted into Australia Friday to make the announcement, saying the battery will be "three times more powerful than anything else on earth.

"The world will look at it as an example... [of] a large-scale battery application for the grid that will really take a large amount of load," he said.

"This is definitely the way of the future, and I think other states will be taking a closer look at this and seeing if it's applicable to their needs. And I suspect in most cases it is."

The Premier of South Australia, Jay Weatherill, announced the news on Twitter and Facebook today ahead of the Musk press conference, saying the infrastructure project would put South Australia "at the forefront of global energy storage technology."

Tesla won a bid to provide a Powerpack battery with the capacity of 100 MW/129 megawatt-hours, which will be based in Jamestown, South Australia. The company says the battery will be charged using energy from the nearby Hornsdale wind farm and will deliver energy during peak usage hours to help maintain supply across the state.

The announcement is a big deal for Australia's third largest state, which has struggled in recent months to secure a stable energy supply for its 1.7-million-strong population.

South Australia was hit with a state-wide power outage in September 2016 when a storm knocked out supply from the state's transmission network. The problem left an area four times the size of the United Kingdom in the dark.

But in the war of words that followed between the state's Labor government and the conservative federal government, Tesla was pulled into the fray.

The head of Tesla's battery division came out to say the company could solve South Australia's power woes within 100 days, by supplying 100-300 MWh of storage -- enough to shore up supply across the state. Australian entrepreneur and Atlassian co-founder Mike Cannon-Brookes called him on his bet on twitter, and Elon Musk doubled down.

We've come to expect big projects from Musk (SpaceX and the Boring Company spring to mind), but now it looks like Silicon Valley's very own Tony Stark -- or his company at least -- is coming good on the deal.

And like the Big Merino -- a giant sheep built off the highway south of Sydney, and arguably one of Australia's greatest cultural touchstones -- Elon Musk wants the Big Battery to be a "tourist destination" in and of itself.

"We will want to make it look good," he said, suggesting that the battery could take the form of "nicely arranged white obelisks that look like they're unearthed from the future.

"There's going to be a lot of people looking at it."

It's not the first major battery project to come to South Australia. In March this year, Australian solar and battery storage company Lyon Group announced it would start building the "world's biggest" battery and solar farm in the north of the state in September.