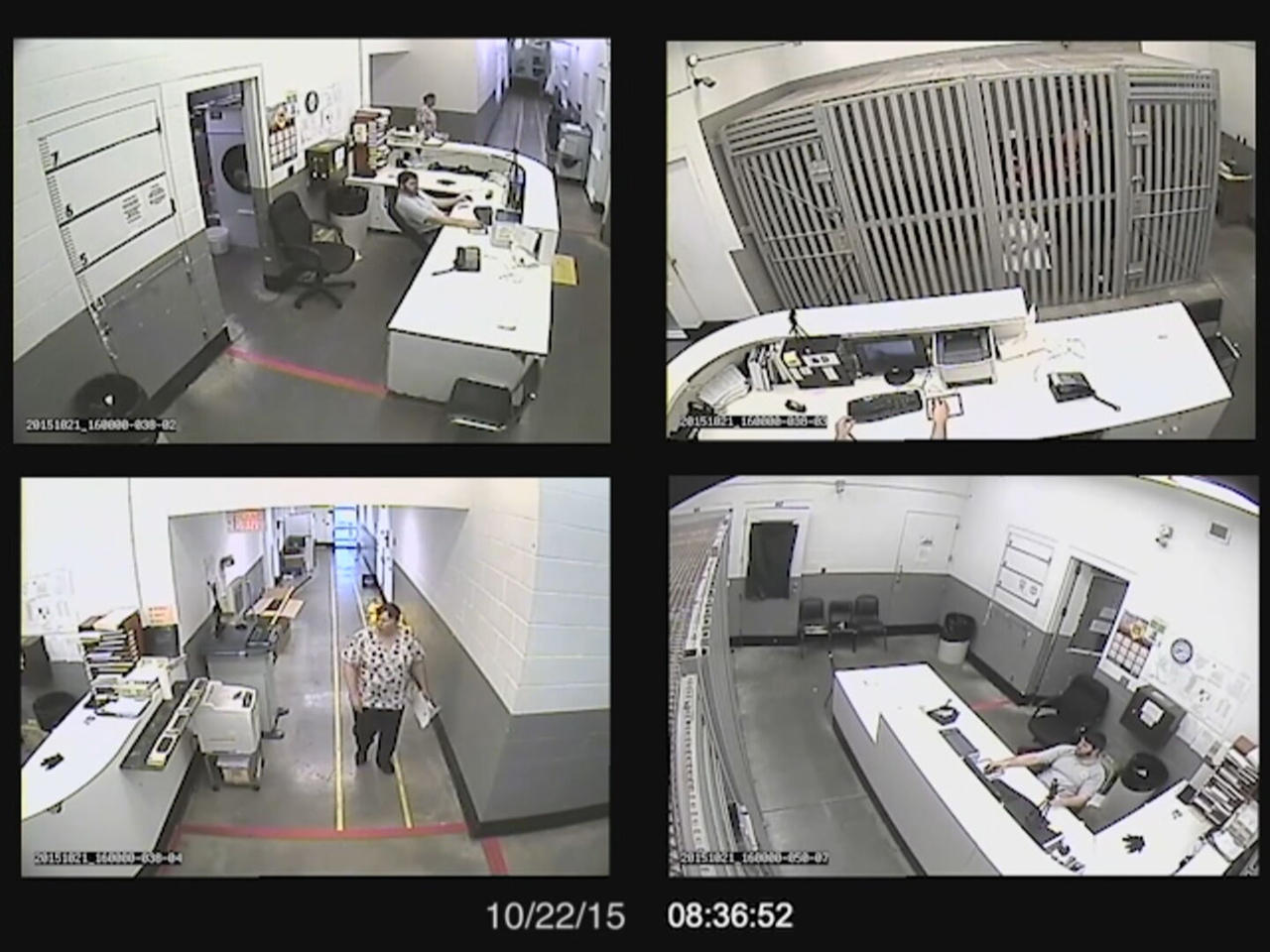 On October 10, 2015, a seemingly healthy Terral Ellis Jr. turned himself in to authorities in Ottawa County, Oklahoma, for an outstanding warrant for a DUI. Less than two weeks later, Ellis died at the Ottawa County Jail, in Miami, Oklahoma, in October 2015.

Now, newly-public surveillance video from the jail, which appears to show workers failing to respond to Ellis' repeated calls for help from just feet away, is shining a light on the controversial case now coming before a judge, who will determine whether the sheriff's office can be held responsible for his death.

The jail surveillance video captured the sounds of Ellis' repeated pleas for help over several days from his isolated cell. In the roughly one hour of video obtained by CBS News, several employees can be seen and heard walking by his cell and mocking him as he screams.

"If you can't breathe, how can you talk?" one employee said.

Twelve days after he arrived, Ellis died of sepsis and pneumonia. He was only 26 years old.

"I know he was wanting to turn himself in because he was trying to better himself," said Terral's brother, Garrett Ellis. He told CBS News correspondent Omar Villafranca that his brother wanted to turn his life around for his young son after a string of run-ins with the law, including convictions for driving with a suspended license and drug possession.

During his interview with Villafranca, Ellis watched the surveillance video for the first time; he said he couldn't stand to watch it for even a minute.

"Why did you stop?" Villafranca asked.

"Well, just hearing the voices of my brother is just ... it's just too hard to hear him in that much pain," Garrett replied.

Ellis and his attorney spoke exclusively to "CBS This Morning" to discuss their lawsuit, at the heart of which are moments like this:

Former jail nurse Theresa Horn is heard screaming at Terral about faking an illness ("I'm sick and tired of f****** dealing with your ass. Ain't a damn thing wrong with you"), less than four hours before he was found unresponsive in his cell. She told Ellis that EMS had found nothing wrong with him.

Villafranca asked Garrett, "What did you think of the way the nurse was talking to him?"

"It was inappropriate," he replied. "Yeah, she completely neglected his health."

Ellis family attorney Dan Smolen is now leading the wrongful death and negligence lawsuit against the jail, former employees who have since left, and the sheriff's office. "We had contact from inmates. And then we had contact from family members who were really concerned about what had happened to Terral, because he had gone into jail healthy.

"I think that the entire jail staff should have been charged with some form of manslaughter."

"Criminally, yeah, absolutely. I think that a jury will ultimately find that Terral's civil rights were violated in the most extreme way."

County Sheriff Jeremy Floyd is named in the lawsuit. He wasn't working there when Terral died, but told CBS News the jail's medical protocols are now some of the best around. (The sheriff's office runs the jail.)

When asked his reaction upon seeing the surveillance video, Floyd replied, "I was floored."

"What does that justice look like?" Villafranca asked. "What should happen to you and your jail, in your opinion?"

"In my opinion, I think a civil rights violation investigation should occur," the sheriff said.

A judge will decide whether to permit a federal lawsuit to advance to trial, to determine whether the sheriff's office can be held responsible for his death. The defense will present its final briefs to the judge Monday.

Several employees in the video, including the former nurse Theresa Horn, no longer work at the jail. But in a statement, Horn's attorney told "CBS This Morning" that "the videos do not show the complete picture and are only one piece of potential evidence."

The FBI has contacted attorney Dan Smolen, and is interested in looking further into the case.