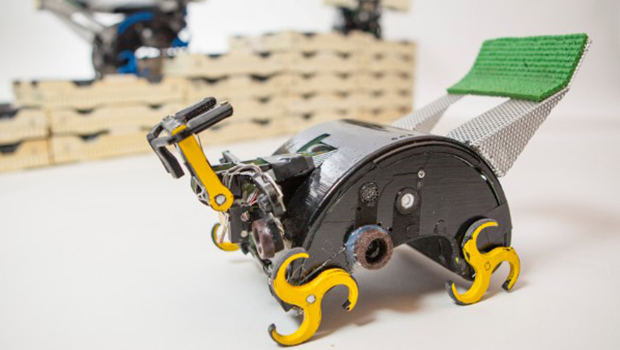 You don’t need to worry about the latest set of robots taking over the world. But they might be building it.

A team of Harvard University scientists recently introduced TERMES, a set of tiny bots that work together to build all sorts of structures. The team expects them to handle tasks that are dangerous for humans, such as underwater research stations or building in outer space, as well as routine assignments, like building sandbag levees in flood zones.

The concept comes from the habits of African termites. Together, they build entire communities. They don’t follow a foreman or blueprints – they just put their heads down and work together.

According to Popular Mechanics, this is called stigmergy: “Put simply, termites build with a mix of intuition and collaboration: They know how a structure goes together and can adapt their roles on the fly based on what they see other termites doing.” They adjust their strategy based on how many fellow termites are working.

Lead researcher Justin Werfel, of Harvard's Wyss Institute for Biologically Inspired Engineering, showcased the robots at the American Association for the Advancement of Science (AAAS) meeting this week. The study is published in the Feb. 14 edition of the journal Science.
In their first test, three bots worked together to create a one-story, three-pronged structure in about 30 minutes.