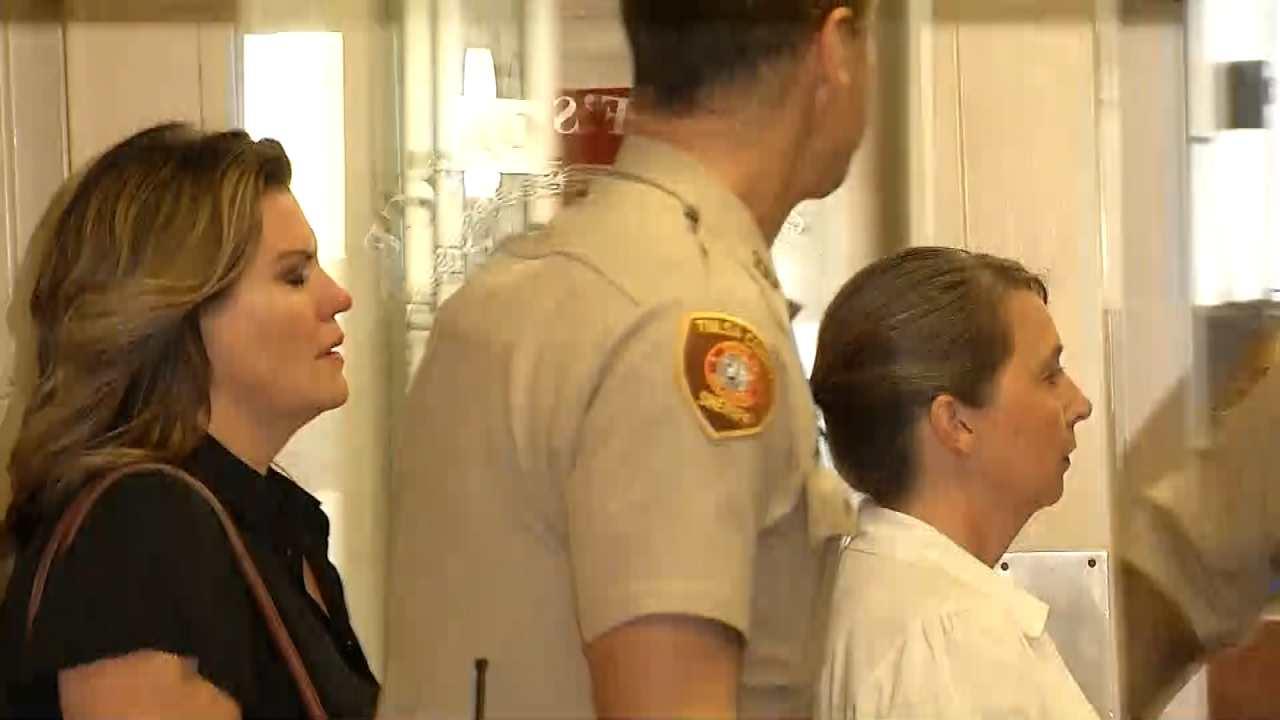 TULSA -- The Tulsa officer accused of first-degree manslaughter in the shooting death of Terence Crutcher entered a not guilty plea Friday morning.

An attorney for officer Betty Shelby, 42, entered the plea during a brief court hearing.

Prosecutors allege in court documents that Shelby, who is white, “reacted unreasonably” by escalating the situation with Crutcher, who she encountered after coming across his vehicle abandoned in the middle of a north Tulsa street on Sept. 16.

Videos from a police helicopter and a dashboard camera of the shooting and its aftermath showed 40-year-old Crutcher walking away from Shelby with his arms in the air, but the footage does not offer a clear view of when Shelby fired the single shot.

Shelby, who is white, told investigators she feared for her life.

Shelby’s attorney, Scott Wood, has said Shelby experienced “auditory exclusion”​ during the shooting, a condition in which people in high-stress situations often don’t hear sounds around them.