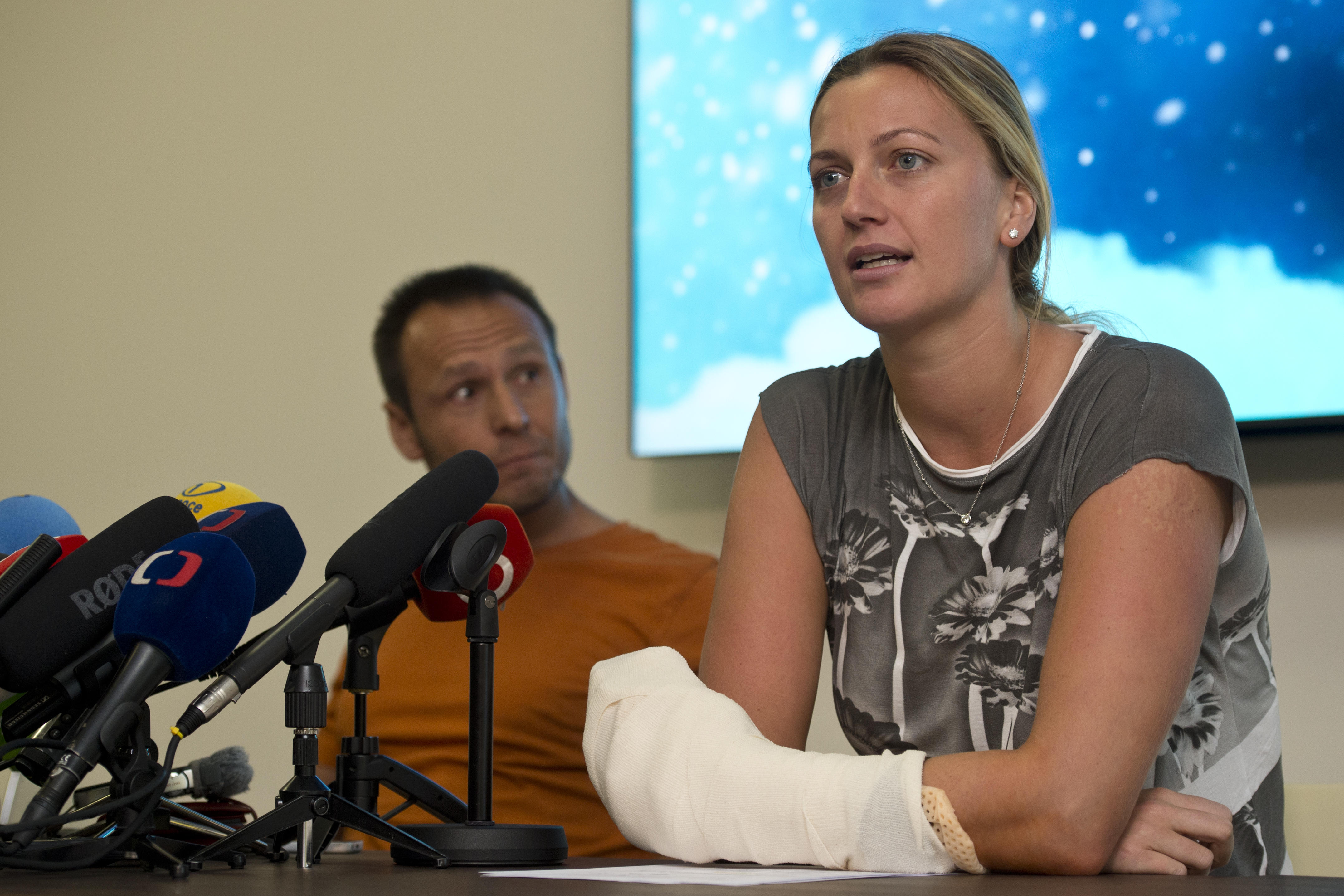 PRAGUE - Petra Kvitova says she’s determined to play tennis again - no matter what that involves after a knife-wielding intruder attacked her inside her home and injured her playing hand.

The two-time Wimbledon champion was released from hospital on Friday, three days after she was operated on following injuries suffered in the attack in the town of Prostejov.

With a big bandage covering her left hand and forearm, Kvitova said she was told by the surgeon who operated on her in a specialized clinic in the northern town of Vysoke nad Jizerou on Tuesday that her recovery is “looking good and without complications.”

“I feel better day by day,” she told reporters in Prague.

“Yesterday morning during a session (with) the doctor, I was able to move the fingers on my left hand which I think ... was the greatest Christmas present I could have wished for.”

Kvitova thanked other players, fans, her family, team and doctors for messages of support she had received.

“I never received so many (supportive) messages in my life at a moment,” she said. “I really appreciate that.”

Martina Navratilova was among those who wished Kvitova “a speedy recovery.”

“We can’t wait to see you back on court again,” the tennis great tweeted.

Kvitova sustained damage to the tendons in her left hand, along with injuries to all five fingers and two nerves.

Doctors estimate it will take her about six months to return to tennis.

Kvitova vowed to come back, sooner or later.

“I don’t care about how much time it takes, three months, six months or a year,” she said. “But that’s for sure I want to return one day and I’ll do all I can to make that happen. I had no doubt about my return to the tennis circuit for a second.”

Kvitova didn’t take questions but said she didn’t want to look back and talk about Tuesday’s incident. The attacker is still at large.

In April 1993, Monica Seles was at the height of her success when she was stabbed in the back during a changeover at a tournament in Hamburg. A man reached over a courtside railing and knifed her, leaving an inch-deep slit between her shoulder blades.

Seles returned to the game 27 months later and reached the 1995 U.S. Open final. She won the Australian Open in 1996, her final slam.