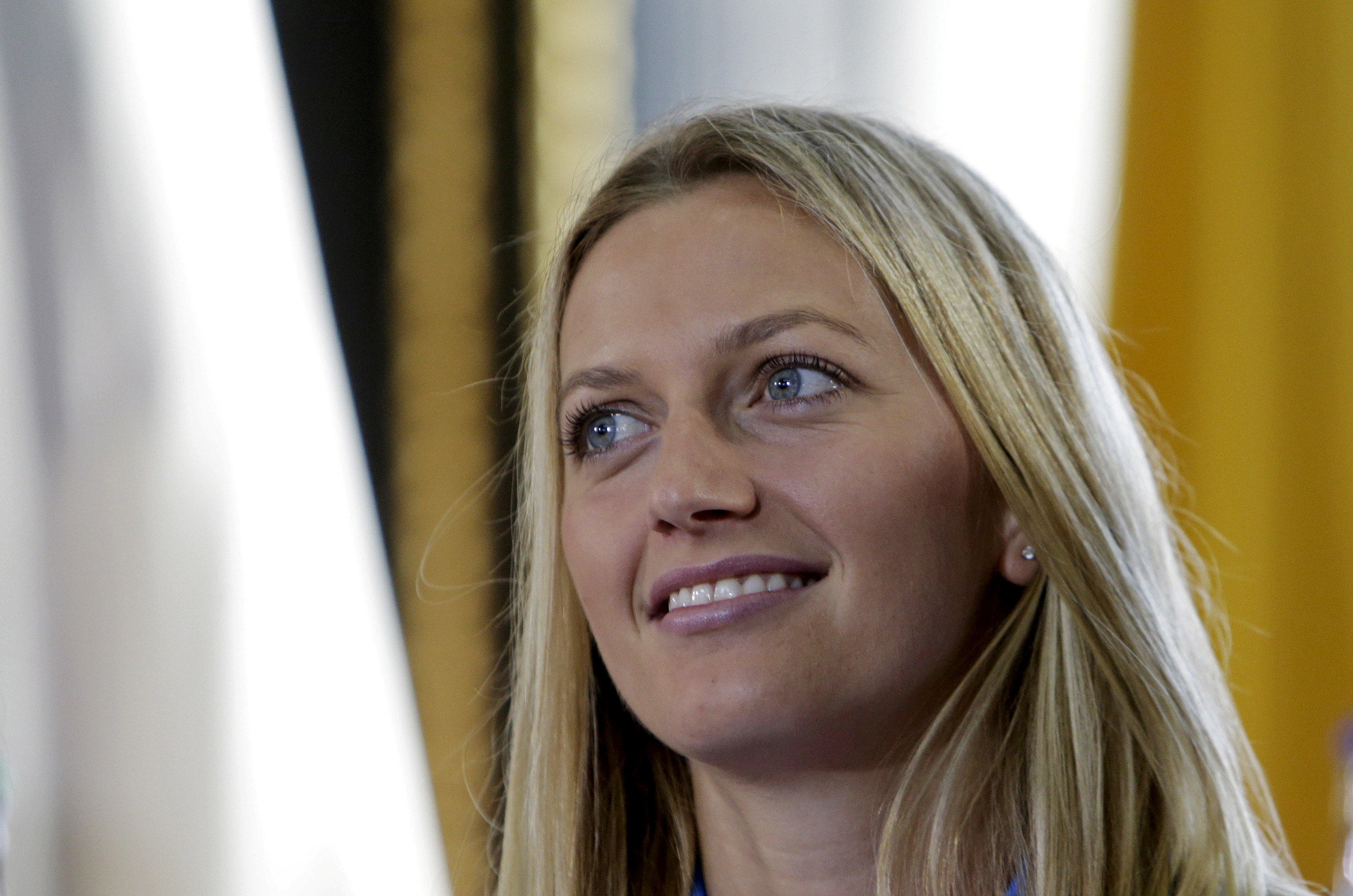 PRAGUE -- Two-time Wimbledon champion Petra Kvitova was injured by a knife-wielding attacker at her home on Tuesday.

The player’s spokesman, Karel Tejkal, said Kvitova suffered a left hand injury and has been treated by doctors. He said the injuries to Kvitova, who is left-handed, were not life-threatening.

“What happened to me was certainly not pleasant, but it’s behind me,” Kvitova said in a statement on the Facebook page of the Czech Republic’s Fed Cup team. “The main thing for me now is that the doctors find out what is the condition of my hand. I trust them and believe that everything will end up well.”

It was not immediately clear how the injury could affect the 2011 and 2014 Wimbledon champion’s play. Details of her injury were expected to be released later Tuesday.

Tejkal said the incident, which he described as a burglary, occurred Tuesday morning in the eastern Czech town of Prostejov.

Prostejov police spokesman Frantisek Korinek said the attacker, a man who is about 35 years old, escaped from the scene and was at large. He said police have launched a manhunt.

Kvitova was scheduled to participate in a charity event in the city of Brno on Tuesday with another Czech player, Lucie Safarova.

“It’s horrible,” Safarova told Czech public radio. “Things like that are shocking to all of us. It can happen to anyone of us. That’s really terrible.”

In April 1993, Monica Seles was at the height of her success when she was stabbed in the back during a changeover at a tournament in Hamburg. A man reached over a courtside railing and knifed her, leaving an inch-deep slit between her shoulder blades.

Seles returned to the game 27 months later and reached the 1995 U.S. Open final.

In an unrelated move earlier Tuesday, Kvitova withdrew from the Czech Republic team at next month’s Hopman Cup mixed-team tennis tournament because of an earlier foot injury.