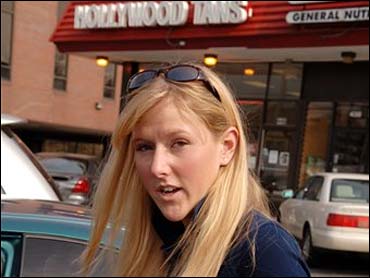 Teens know tanning is dangerous, but keep going after that golden glow anyway.

In a nationwide survey of 505 youngsters aged 12 to 17 years, the American Academy of Dermatology found that almost 80 percent said they knew that childhood sunburns increase risks for skin cancer, yet 66 percent said people look better with a tan, nearly half said tans look healthier, and 60 percent said they got sunburned last summer.

"It's not surprising that teenagers would continue to do what adults do, which is know the risk of sun exposure but continue to expose themselves excessively," Dr. David Leffell, professor of Dermatology and Surgery at the Yale School of Medicine, told CBS Radio News.

If the latest tanning survey is any indication, 17-year-old Lindsey Vitez is a totally typical teenager.

"I hate looking deathly pale," said Vitez, who seeks a tan year-round, bronzing at tanning salons in cool months and hanging out by the pool or beach in summertime, using lotion to attract the sun, not protect against skin cancer — which is about the furthest thing from her mind.

"I think a lot of teenagers realize it's dangerous, but because we're so wrapped up in the instant gratification we don't really worry about it," said Vitez, a high school junior in Norwalk, Conn.

The dermatology group recommends avoiding the sun in the middle of the day, wearing hats and using sunscreen.

Girls were more likely than boys to wear sunscreen — 53 percent versus 33 percent — and to say they were at least somewhat careful about protecting themselves from the sun — 59 percent compared with 36 percent.

The results echo previous teen surveys and show that despite efforts to get the word out about the dangers of tanning, teens aren't getting the message.

"We try to teach a lesson of moderation, and hopefully, by finding a middle ground, young people will be able to protect themselves against the lifelong effects of the sun," Leffell said.

The findings are disappointing, especially considering that 1 in 5 Americans will at some point develop skin cancer, or more than 1 million people yearly, Dr. Darrell Rigel, a New York University dermatology professor involved in the survey research, said. Those cases include about 60,000 people diagnosed annually with melanoma, a potentially deadly form of skin cancer that kills more than 7,000 Americans each year, according to the American Cancer Society.

Worldwide, between 2 million and 3 million skin cancer cases are diagnosed each year, according to the World Health Organization. Incidence is rising in part because of excessive, unprotected sun exposure and depletion of the ozone layer, which protects the Earth from some of the sun's damaging ultraviolet radiation, WHO says.

"The damaged caused by the sun accumulates like compound interest in the skin, and over a lifetime it will manifest as skin cancer and potentially even melanoma," said Leffell.