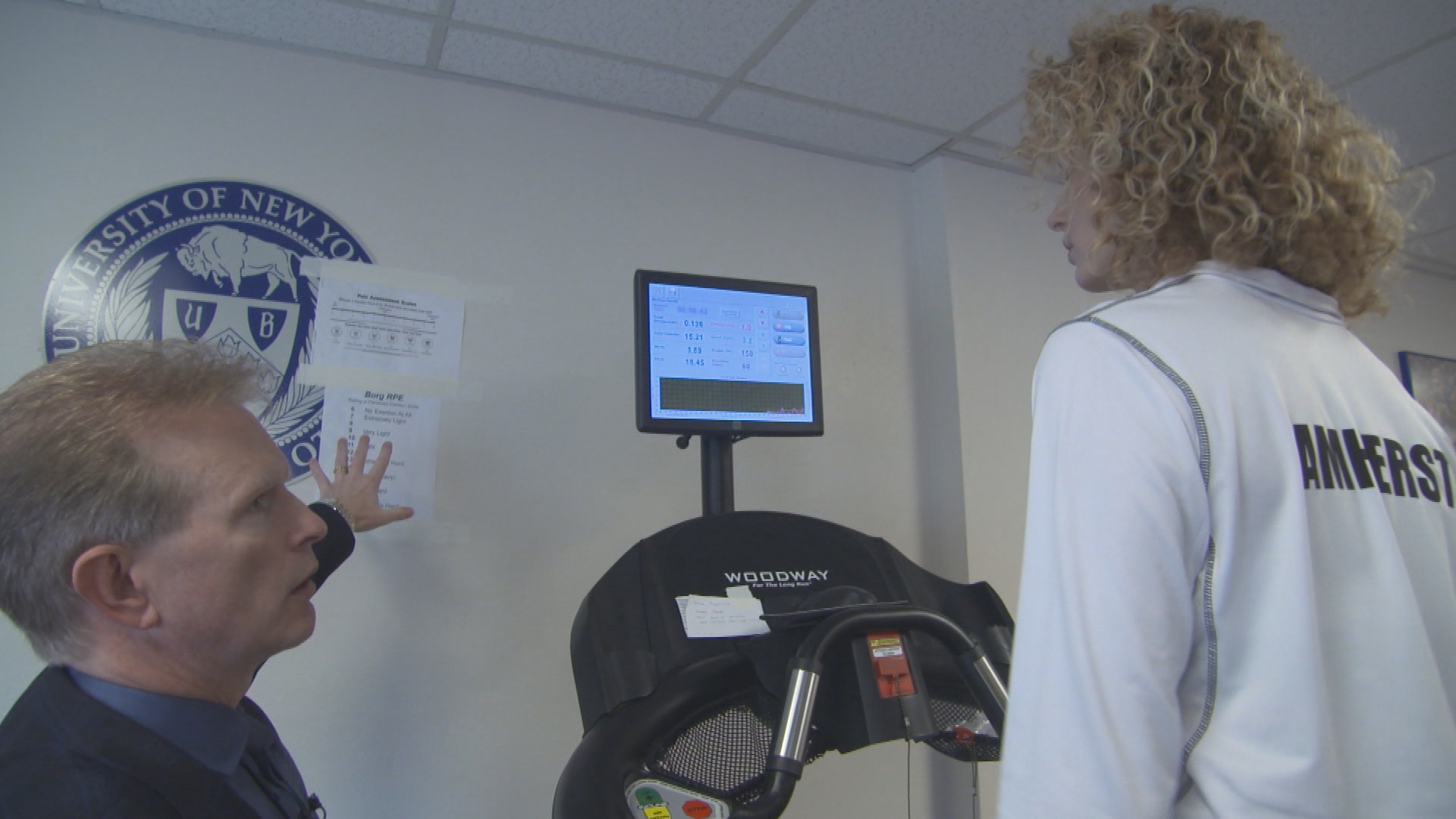 Concussions often go undiagnosed and unreported, but the National Institutes of Health estimates there are nearly 300,000 sports-related traumatic brain injuries in the U.S. every year. Many of the victims are teenagers, who are often eager to get back in the game.

At the moment, there is no treatment for concussions, but researchers at the University at Buffalo are looking at whether prescribing exercise might just be the magic pill, reports CBS News correspondent Jericka Duncan.

In early December, the high school junior got a concussion -- her first -- playing basketball.

"I was going to take a charge and a girl when up for the layup and pushed as she went, and I fell back and slammed my head against the ground," Sullivan said.

Leddy examined Sullivan and invited her to join a new clinical trial on acute concussions among teens between 13 and 17 -- the age group that takes longest to recover. Unlike most concussed patients, those taking part in the trial are prescribed exercise days after the concussion, instead of just rest.

One study showed that the exercise actually changed their brain from abnormal to normal.

So Sullivan walked on a treadmill every day for 20 minutes at a gentle pace while monitoring her heart rate.

"We don't have any treatment for concussion right now. There's no pill you can take. Really, all you can do is wait until the symptoms go away," Leddy said. "In this case we are hoping that by engaging the beneficial effects of exercise and the physiology of the brain, that this will actually speed recovery in kids with acute concussion."

A concussion occurs when a blow to the head causes the brain to move inside the skull, which can change the way the brain functions. An MRI or CAT scan typically doesn't reveal evidence of a concussion, and teen concussions often happen as a result of athletic activity.

"Yes, let's have some guidelines and try to get them going faster, and everybody can benefit as long as it's done in a controlled way," he said.

Sixteen-year-old goalkeeper Julia Whipple was one of the first to enroll and successfully complete the trial. Back in September she collided head on with an opponent.

"As an athlete, was it hard to not want to push yourself a little bit more than you should?" Duncan asked.

"It was extremely hard," Whipple said. "I'm always used to doing workouts with my team and running around...so walking around every night at a specific pace was kind of, it was hard because I knew I wanted to go faster."

"The risk is that someone who is doing this approach could do it too aggressively. That's possible," he said.

"But they learn pretty quickly that they can't really push it too far because they get symptoms," he said.

"A lot of damage can be done by these concussions, and the more information you have the better. It's your kid," she said.

Leddy was adamant that people with concussions not just start exercising to try to treat their concussions. This is only a study, and the results won't be known for at least eight months.