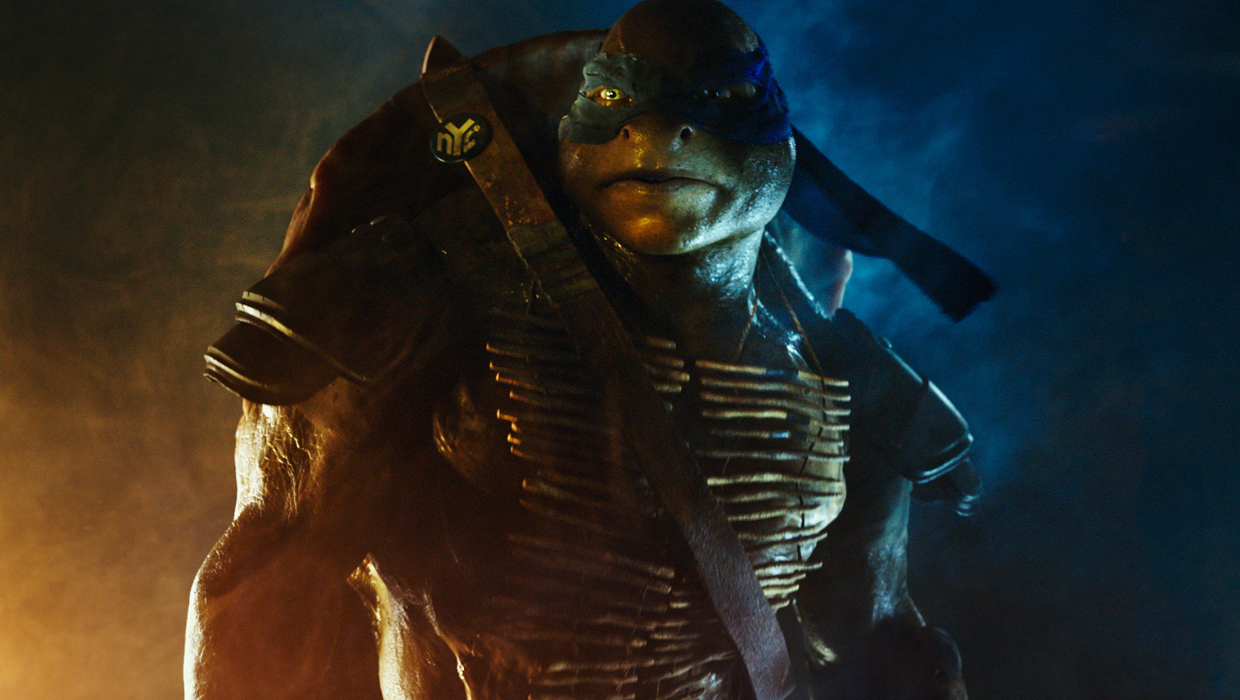 Anyone up for some pizza?

The Teenage Mutant Ninja Turtles are back on the big screen, this time in CGI-form and with Megan Fox in the role of their trusted reporter friend, April O'Neil.

Leonardo, Donatello, Raphael and Michelangelo also have the help of their rodent mentor, Splinter (voiced by Tony Shaloub), as they try to keep New York City safe from the maniacal Shredder.

Will Arnett, Johnny Knoxville and Whoopi Goldberg co-star in this big-budget spectacle, the type that we've come to expect by now from producer Michael Bay.

The "Ninja Turtles" franchise reached its peak in the late-1980s and early '90s, with characters popularizing terms like "gnarly," "radical" and of course "cowabunga." None of those phrases are being used by critics to describe the new film, which is being blasted as boring and unnecessary:

Nicolas Rapold, The New York Times: "This new adventure is executed so ordinarily, and with such tunnel vision, that it feels homogenized."

Tom Russo, The Boston Globe: "Director Jonathan Liebesman ('Wrath of the Titans') tosses heroes and villains into a fun, frenetic third-act plunge down a snowy mountainside, and there are some laughs in an elevator ride the Turtles idly take. Otherwise, the viewing ranges from competent to lifeless."

Tomas Hachard, NPR: "There's no lack of craft here, but there's certainly an absence of character."

Justin Chang, Variety: "It's hard to avoid the sense that Bay, Liebesman and company are hitting all the iconic beats of the franchise, but not investing them with the sort of cleverness, gravitas or feeling that would allow this movie (and presumably, the two sequels in store) to coast along on something other than fan loyalty."

Soren Andersen, Seattle Times: "The question behind this enterprise is, of course: Why? 'TMNT' fever seemed to have peaked back in the early '90s when the original movies were made. Twenty-plus years later, I haven't detected a clamor for a revival."

Claudia Puig, USA Today: "Is there a word that means the opposite of Cowabunga? If so, that's the word for the charmless, dull and derivative new take on the 'Teenage Mutant Ninja Turtles.'"

A.A. Dowd, Onion A.V. Club: "This franchise relaunch, set in a more polished Big Apple, is Ninja Turtles for the post-Giuliani era -- a blockbuster as flashy and inoffensive as a Times Square billboard. Kids in attendance may be suitably stimulated, while their millennial parents wonder how something so superficially familiar could fail to give them a nostalgic buzz."