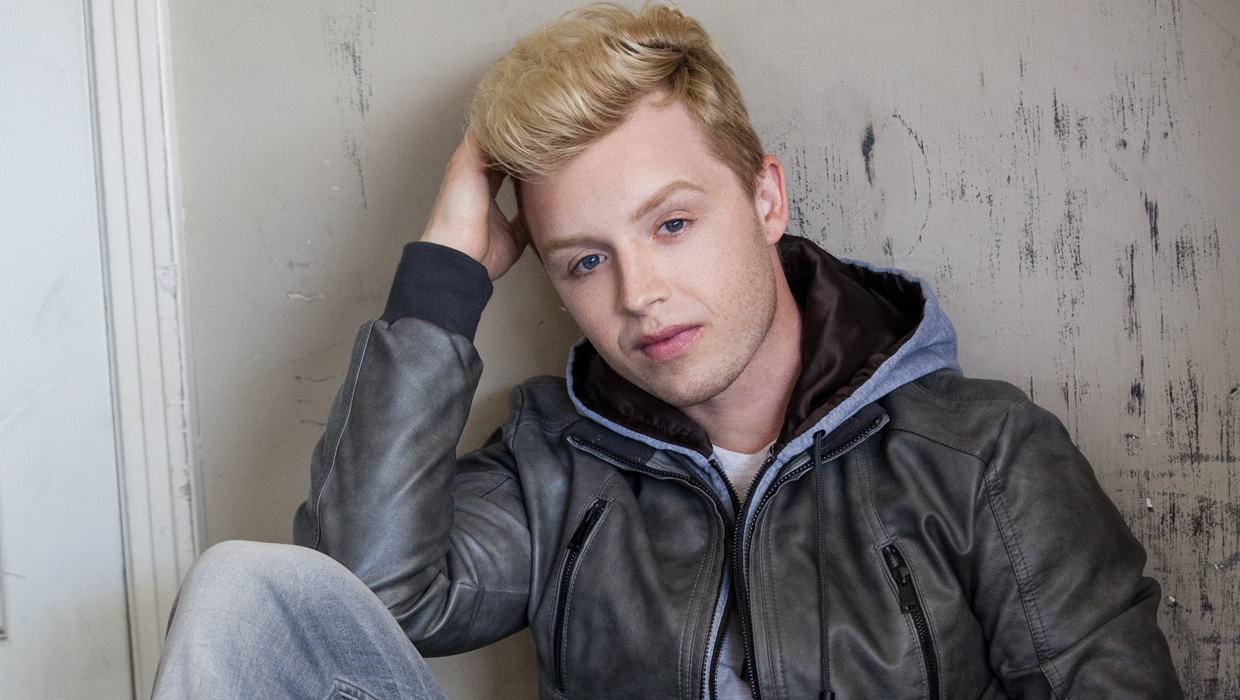 Like many kids, Noel Fisher was a "Teenage Mutant Ninja Turtles" fan growing up -- had the toys, wore the T-shirts. But unlike many kids, he's now playing one of them.

Fisher ("Shameless") plays Michelangelo, one of the pizza-loving, weapons-wielding band of heroes in the turtles' latest big-screen outing.

"When I heard that I got the part I was pretty excited, it was very much that childhood dream come true kind of thing. No more just running around the backyard with twigs pretending to be one of them," he laughed in a recent interview with CBS News.

Fisher, 30, donned a motion-capture suit to portray "Mikey," as he called him, and trained with stunt crew 87 Eleven for a month to wield his character's signature nunchucks.

"It was really important for all of us to get as familiar with our weapons as we could because it's very much part of who [the turtles] are and really defines their individual flavors as characters, their fighting styles -- there's a lot with the characters that revolves around their weapons, how they use them and their relationships to them. So we really wanted to make sure we had as much of that down as we could," he explained.

This film retraces the origins of the four mutant turtles -- named Leonardo, Michelangelo, Donatello and Raphael -- and their master, a rat named Splinter (voiced by Tony Shalhoub). Megan Fox stars as intrepid reporter April O'Neil, who with her cameraman Verne Fenwick (Will Arnett) teams up with the turtles to save New York City from the villainous Shredder and his Foot Clan.

Arnett, of "Arrested Development" fame, "has definitely got that funny bone, that natural kind of levity -- which I think was really helpful for this movie," Fisher says. "There's a lot of action and tenseness and having someone who, in some ways is sort of similar to Mikey in that he comes in and brings a little laughter to it and is a little incredulous about the crazy situations he's gotten himself in -- I think he brings that in spades."

And Fox's April has a "real toughness" to her, he adds, which is fitting for this incarnation of "Ninja Turtles."

"[It] works really well because in this version we look very different from anything you've seen before. We are very much mutants. They're kind of scary, in some ways, and they're big and very muscley. I think it really helps to have someone like Megan who you'd buy hanging with these guys and she's somebody who can hang with the boys and isn't going to be intimidated very easily," he explains. "She's much more of an active part of it. She very much is with these guys in this movie and I think that's going to be a lot of fun."

Being part of a big-budget franchise -- let alone playing a character that has already graced many a comic book, bed sheet and movie screen -- isn't lost on Fisher. A lot of fans will have high expectations. Does he feel pressure to meet them?

"There's definitely some pressures that are associated with that," he admits. "But it's that goosebumpy, excited-but-scared type of thing."

It also means seeing himself, as Michelangelo, on "Teenage Mutant Ninja Turtles" posters and action figures -- a building near where he lives has giant-sized posters of the turtles on each side -- putting many more eyes on him than he had while spending four months in a motion-capture suit while shooting the film in New York City.

"The really funny part was that New Yorkers didn't really care. We were just walking around in these weird gray leotards kind of things and some people would give us double takes but most people were just like 'OK, yeah. Cool, why not?'" he laughed. "We kept saying, 'Yeah. We're definitely in New York.'"