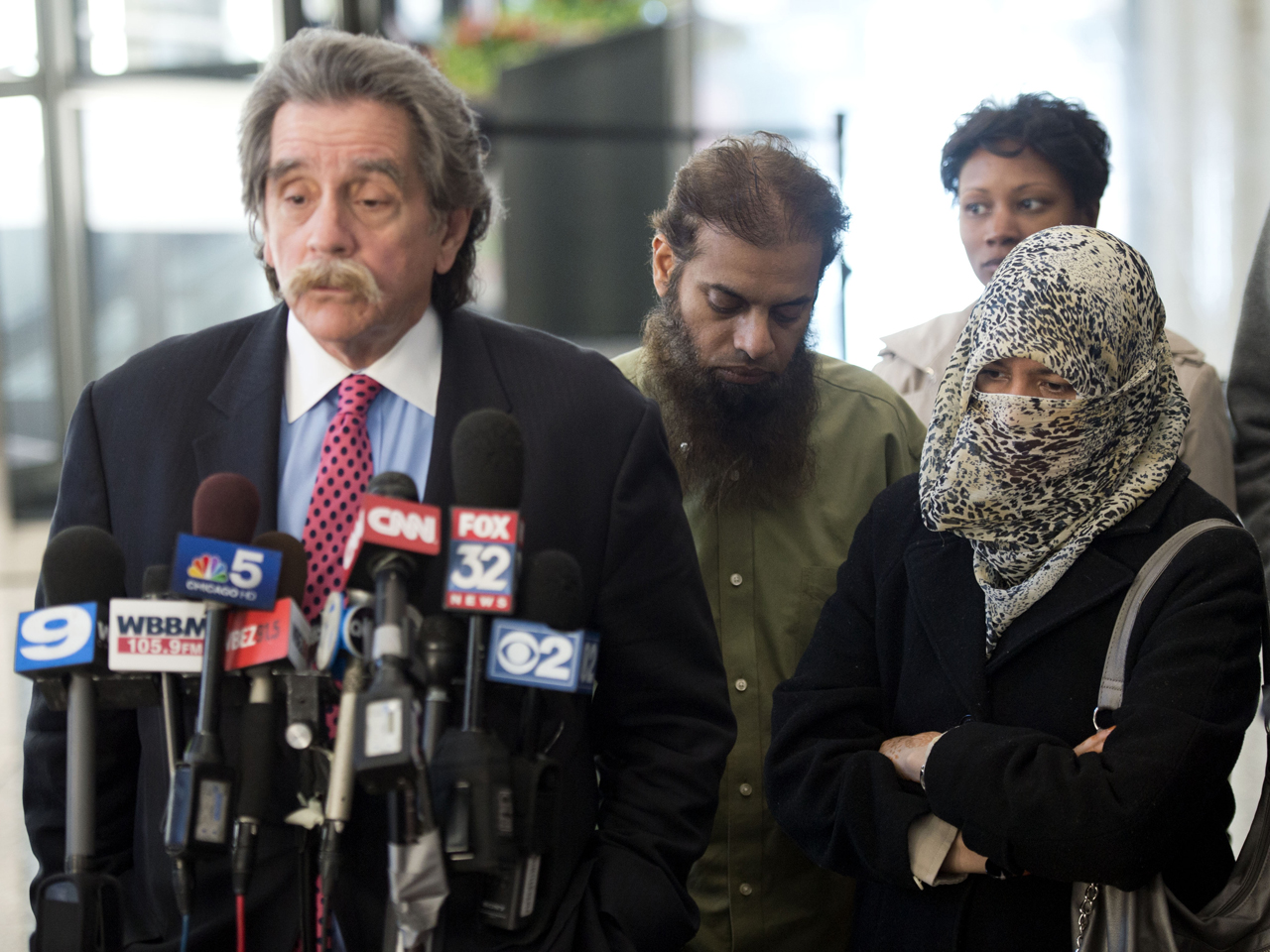 CHICAGO - The younger siblings of a man charged with seeking to join Islamic State of Iraq and Syria militants in Syria were arrested with their brother last month, federal prosecutors said during a Monday hearing.

Mohammed Hamzah Khan's siblings were arrested along with the 19-year-old on Oct. 4 at Chicago's O'Hare International Airport, prosecutors said. The siblings are ages 16 and 17. They haven't been charged in the case.

Attorneys didn't name the minors but said that they, like their brother, had expressed a passion for committing violence. The three not only had "barbaric rhetoric," but intended to act on it, prosecutors said.

Khan is charged with seeking to provide material support to a foreign terrorist group, which carries a maximum 15-year prison sentence.

He left a letter expressing disgust with Western society before trying to board a flight to Turkey, the first step in his plan to sneak into Syria to join the Islamic State of Iraq and Syria (ISIS), according to a federal criminal complaint.

Investigators have said Khan's three-page, handwritten letter that he left in his bedroom for his parents expressed anger over his U.S. taxes being used to kill his "Muslim brothers and sisters," an apparent reference to a bombing campaign against ISIS militants.

"We are all witness that the western societies are getting more immoral day by day," he wrote, then signed letter, "Your loving son," according to court documents.

Khan, an American, lived with his parents in the Chicago suburb of Bolingbrook. His attorney, Thomas Durkin, has said prosecutors don't have the evidence to prove Khan actually sought to provide material support ISIS.

A federal judge on Friday denied a government request to partially close Monday's detention hearing. Federal prosecutors had argued the need to protect the identity of two minors who they intended to bring up at the hearing. Durkin heralded the judge's decision.

About a dozen Americans are believed to be fighting in Syria, while more than 100 have either been arrested on their way to Syria or went and came back, FBI Director James Comey said recently without offering details.