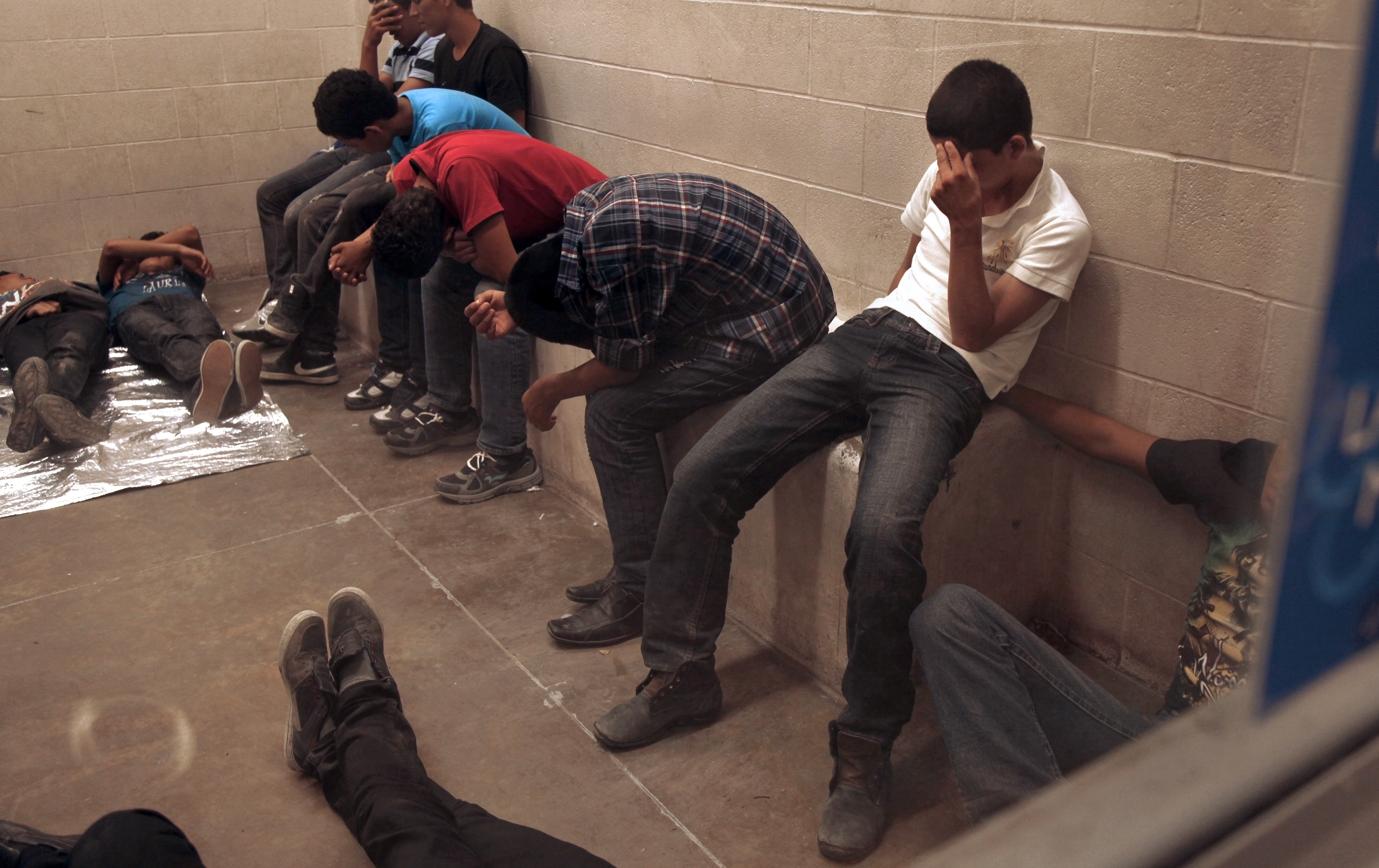 Republicans continued to blame President Obama's administration on Sunday for the flood of unaccompanied minors crossing the U.S.-Mexico border, though they demonstrated some disagreement on exactly how the administration invited the growing humanitarian crisis.

Sen. Ted Cruz, R-Texas, blamed the president's decision to grant deportation relief to some undocumented children in 2012 for creating an "amnesty" that incentivized minors fleeing violence in Central America to head north to the United States. He further suggested the administration was now trying to "ransom" these children in exchange for an immigration reform bill that would only expand that amnesty.

"The cause of this crisis is the promise of amnesty," Cruz said on "Fox News Sunday." "If you look at the history of this issue, in 2011 there were roughly 6,000 children apprehended coming in illegally. Then in 2012 President Obama unilaterally granted amnesty to some 800,000 people who were here illegally, who entered as children. The direct foreseeable consequence of that was the number of unaccompanied children skyrocketed so that this year the Obama administration is estimating 90,000 kids will come. Next year, 145,000. That's up from just 6,000 three years ago."

Members of both parties have suggested that a 2008 human trafficking law contributed to the problem by mandating more lenient treatment for refugees arriving in the U.S. from Central America, but Cruz disputed that argument.

Democrats, including Senate Majority Leader Harry Reid, D-Nev., have charged Republicans with holding the migrant children hostage to secure changes to America's deportation procedures, but Cruz tried to flip that script on Sunday, saying it's Democrats who are using the children as tools to create a crisis and force an immigration bill through Congress.

"I'll tell you who is holding these kids ransom, is Harry Reid and the president because their view is don't do anything to fix the problem," he said. "[Reid] mentions comprehensive immigration reform. The Gang of Eight bill is one of the causes of this problem. Because what the kids are saying is they are coming because they believe they will get amnesty. Part of the Gang of Eight bill was promising them amnesty."

"Continuing this regime where tens of thousands of kids are being brutalized by drug dealers is not humane, it's not compassion," added Cruz, who is mulling a run for president in 2016. "And that's what Harry Reid and the Democrats want to do. They don't want to fix the problem. They want to keep having children come in a situation where they are brutalized."

Sen. Lindsey Graham, R-S.C., though, said Sunday that the crisis will not be fixed without some adjustment to the 2008 law, suggesting it played at least some part in worsening the problem.

"There will be no money for supplemental without changes in the 2008 law," he told NBC News. "We have to streamline and quicken deportations."

And rather than identifying comprehensive immigration reform as a cause of the flood of unaccompanied minors, as Cruz did, Graham suggested the broader reform bill might actually be a casualty of the crisis at the border.

"There'll be no immigration reform because of the crisis on the border," he said. "I blame President Obama for this moment."

Still, as he has before, Graham suggested that the Republican Party would have to eventually support immigration reform if it hopes to preserve its popularity with a diversifying America.

And Gov. Rick Perry, R-Texas, who has been among the administraiton's harshest critics on the border crisis, called Saturday for the United States to deploy drones and additional manpower along the southern border to stem the flow of illegal crossings.

"I saw how our country's refusal to commit the resources necessary to secure our borders are directly impacting those children," Perry told a group of Hispanic ministers in San Antonio, according to local ABC affiliate KSAT.

Perry, who is also considering a presidential bid in 2016, said later on Saturday during a trip to Iowa that his state is prepared to step in if the federal government cannot seal the border.

"We know how to secure the border," he said, according to the Associated Press. "If the federal government will not do its duty then I will suggest to you that the state of Texas will."