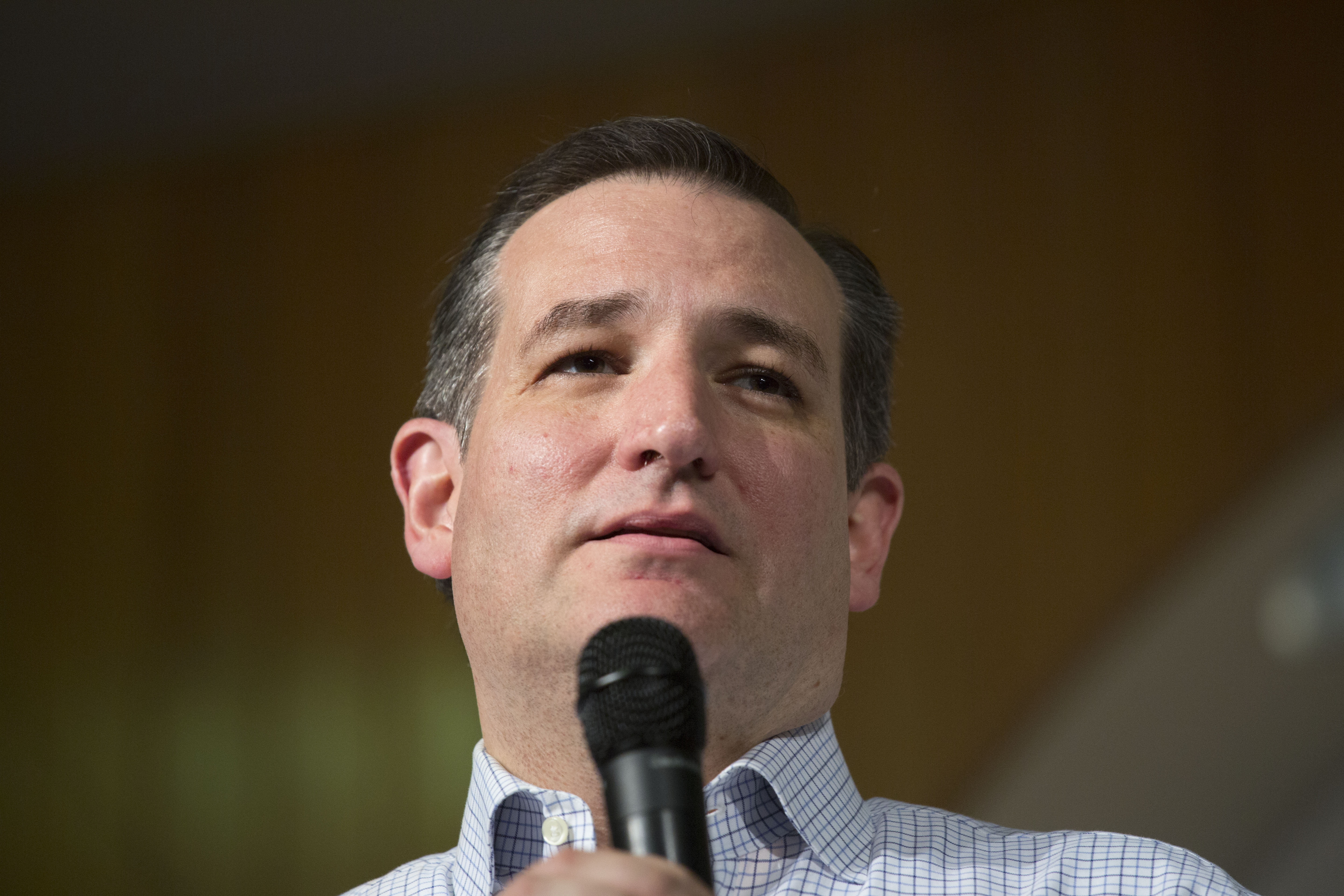 MANCHESTER, New Hampshire -- Ted Cruz is hitting a well-timed stride, topping several Republican polls in Iowa and basking in media attention about his popularity in the state where the first voting contest will be held, in the first week of February.

Now, with less than a month until the first votes of the 2016 race, Cruz is looking beyond Iowa to a state that might be a harder sell for him: New Hampshire.

The Texas Senator has not been to New Hampshire since November, but he is planning an all-out blitz of the state later this month, pegged to a Jan. 17 bus tour that will take him to every corner of the state. And his wife Heidi is being dispatched to the leadoff primary state later this week to drum up support in the meantime.

It might seem implausible that the Iowa frontrunner -- a conservative firebrand with strong support among evangelicals -- is stepping up his efforts in the mostly secular, moderate-leaning state of New Hampshire, where establishment candidates like Chris Christie and Jeb Bush are planting their flags.

But a unique set of circumstances -- the splintering of establishment support during a time of populist fervor -- has paved the way for Cruz to possibly steal a higher than expected finish in New Hampshire, a prospect that seemed unthinkable at the outset of the campaign. And conservatives have been dropping in the polls and leaving the race, so Cruz is hoping there's an opening on the right for him.

"With the traditional conservative lane freed up by Rick Perry, Scott Walker and Bobby Jindal dropping out, and Rick Santorum and Mike Huckabee focusing on Iowa, Cruz could do very well in New Hampshire, especially now that the more establishment lane seems very competitive and jam-packed as we begin the final turn going to the New Hampshire finish line," said Dave Carney, a New Hampshire-based Republican strategist who is not affiliated with any campaign.

Cruz has drawn attention to overtaking Trump in right-leaning Iowa, but he has quietly maintained a strong position in New Hampshire polls since early November, running behind Trump but neck-and-neck with Marco Rubio for second place. He has also consistently led Christie, who has dominated most coverage of New Hampshire with his relentless town hall schedule here.

The Cruz campaign has quietly built a sturdy New Hampshire operation. Sources close to the campaign say they've more than doubled their staff in recent weeks to 10 paid staffers. The campaign is also building out their field team for a late push: More than 40 volunteers are moving into the Cruz campaign's volunteer housing beginning Monday.

The campaign has also made investments in research and analytics to optimize their voter outreach on the ground, said Zac Moffatt, the former digital director for Romney for President and co-founder of Targeted Victory, a technology company that does client work with Cruz for President.

Cruz staffers in Houston, working with outside consultants, have used data to create hundreds of models -- universes of potential voters -- including "psychographic and predictive" analytics models that are matched to Facebook and other online audiences in each primary state to help them deliver specific messages to very specific voters, Moffatt said.

Said one Cruz staffer who declined to be identified talking about campaign strategy: "Joan on Smith Street cares about immigration and Bob next door cares about the Second Amendment. And we have the ability to talk to each other them about those specific issues. We have the ability to connect with people on that level, and having true believers out there doing it is the backbone of our campaign in New Hampshire."

Moffatt said Cruz is running a "non-traditional campaign" in the mold of President Obama's 2008 campaign, focusing heavily on organization, digital and niche voter-targeting instead than wasting money on ineffecient broadcast television ads that might not even be seen by most voters an an increasingly disconnected media culture.

The New Hampshire team itself has been granted a degree of trust and autonomy by campaign leadership in Houston, said former New Hampshire Sen Bob Smith, co-chairman of "Vets for Ted" and a member of Cruz's leadership team in the Granite State.

Smith said he routinely participates in meetings in Houston along with other New Hampshire staffers and teams from Nevada, South Carolina and Iowa -- and that he has an open line of communication with Cruz's campaign manager Jeff Roe.

"There are not a lot of egos," Smith said. "Cruz frequently participates in the meetings himself. I never sense any uncomfortable feelings by people when he is in the room. You don't hold back. If you have a criticism, then say it."

Historically, candidates like Cruz haven't fared well in the Granite State because of a limited appetite for evangelical candidates: New Hampshire ranked as the second-least religious state in the country after Vermont in a 2014 Gallup survey.

Cruz, however, does not have to win a majority of voters here to do well. If the establishment vote continues to splinter between Bush, Christie, Rubio and John Kasich -- all of whom must do well here -- Cruz could end up finishing surprisingly high if enough conservatives rally to his side.

Even if he wins Iowa, Cruz isn't guaranteed to get a boost. The winner of the 2008 Iowa caucuses, Mike Huckabee, finished a distant third here behind John McCain and Mitt Romney, garnering only 11 percent of the vote and seeing his momentum sputter. But Cruz has a much stronger organization and more money in the bank than Huckabee ever did -- and he doesn't need a win in New Hampshire. Other conservatives southern states await him on the primary calendar.

His supporters maintain Cruz has a broader appeal than Huckabee or Santorum, who have catered mostly Christian conservatives. In the party's anti-establishment lane, Huckabee, Santorum, Rand Paul, Carly Fiorina and Ben Carson have all failed to catch on -- giving Cruz the opportunity to pull from across the conservative spectrum.

"Add on the liberty and tea party-ers and all of a sudden you are looking pretty good in the state," one Cruz staffer told CBS News. It is uncertain how many voters this group constitutes, however.

One more potential pool of voters for Cruz might be Trump supporters.

"Do voters stick with Trump as they say they will, or do they look for someone else with more pragmatic experience, who knows how to work in government but still embodies the anger and frustration that voters are feeling?," asked Wayne Lesperance, the Director of Public Policy at New England College.

There is, however, little proof yet that Trump's voters are considering anyone but Trump. As CBS News Elections Director Anthony Salvanto notes, over half of Trump's voters have already made up their minds, and Cruz's gains so far have come primarily at the expense of Ben Carson.

Pat Buchanan, the last conservative outsider to win the 1996 New Hampshire primary, said it will be tough for Cruz to overtake Trump. But the race has the potential to be competely reset if Cruz wins Iowa, he said.

"As of right now, if Cruz wins in Iowa he probably is the favorite to come in at least second in New Hampshire," Buchanan told CBS News.